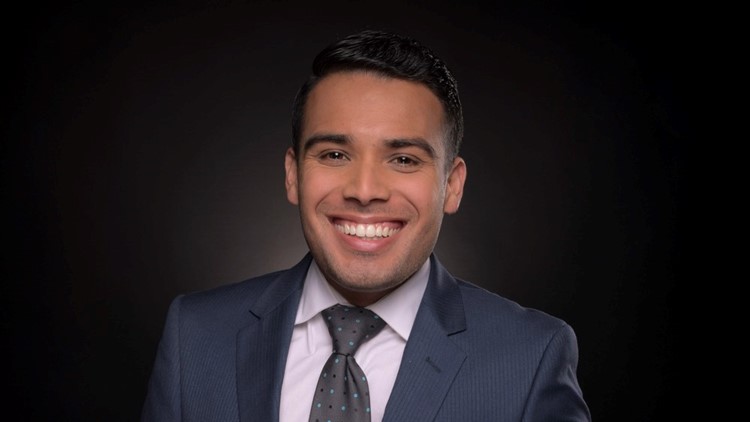 Carlos Herrera is a multi-skilled journalist at ABC10 in Sacramento, specializing in general assignment reporting for ABC10 Morning Blend.

He joined ABC10 in October 2018. He comes to Sacramento from Tucson, Ariz., and is thrilled to be back in his home state.

Carlos was a reporter and fill-in weather anchor at KGUN9 in Tucson. There, he covered countless stories, such as the death of Senator John McCain, President Donald Trump’s first visit to the Grand Canyon State, the state’s historic #RedForEd movement in which thousands of teachers protested for better working conditions, numerous political, drug and human trafficking stories at the United-States Mexico border in Nogales and several wildfires. He was also given the opportunity to launch the station’s first FIFA World Cup 2018 show on all digital platforms.

Although Carlos loves and misses Tucson, he is a proud Californian. He was born and raised in Los Angeles (a couple of blocks away from the Hollywood Walk of Fame). In fact, Carlos graduated from California State University Northridge with a bachelor’s degree in Journalism and a Spanish-Language Journalism minor. During his time at CSUN, Carlos reported for Valley View News, a student-run TV newscast.

Carlos began his TV news career in January 2014 at KABC in Los Angeles where was an intern, later becoming a production assistant and worked at the assignment desk. He began his reporting career at KMIR in sunny Palm Springs.

He is also a proud Latino, his parents are from El Salvador. He visits his friends and family in the Central American country about twice a year. You can watch Carlos’ live reports Monday - Friday on Morning Blend.

When he’s not reporting the news, he is either on a beautiful hike or on a run, watching a soccer game, reading a book, trying a new restaurant, or spending time with his family. He loves to hear from viewers, whether it’s to say hello, pitch a story idea or have a recommendation for a good place to go for a run or a restaurant.