The boxes are curated and delivered by Savor Seattle. #k5evening 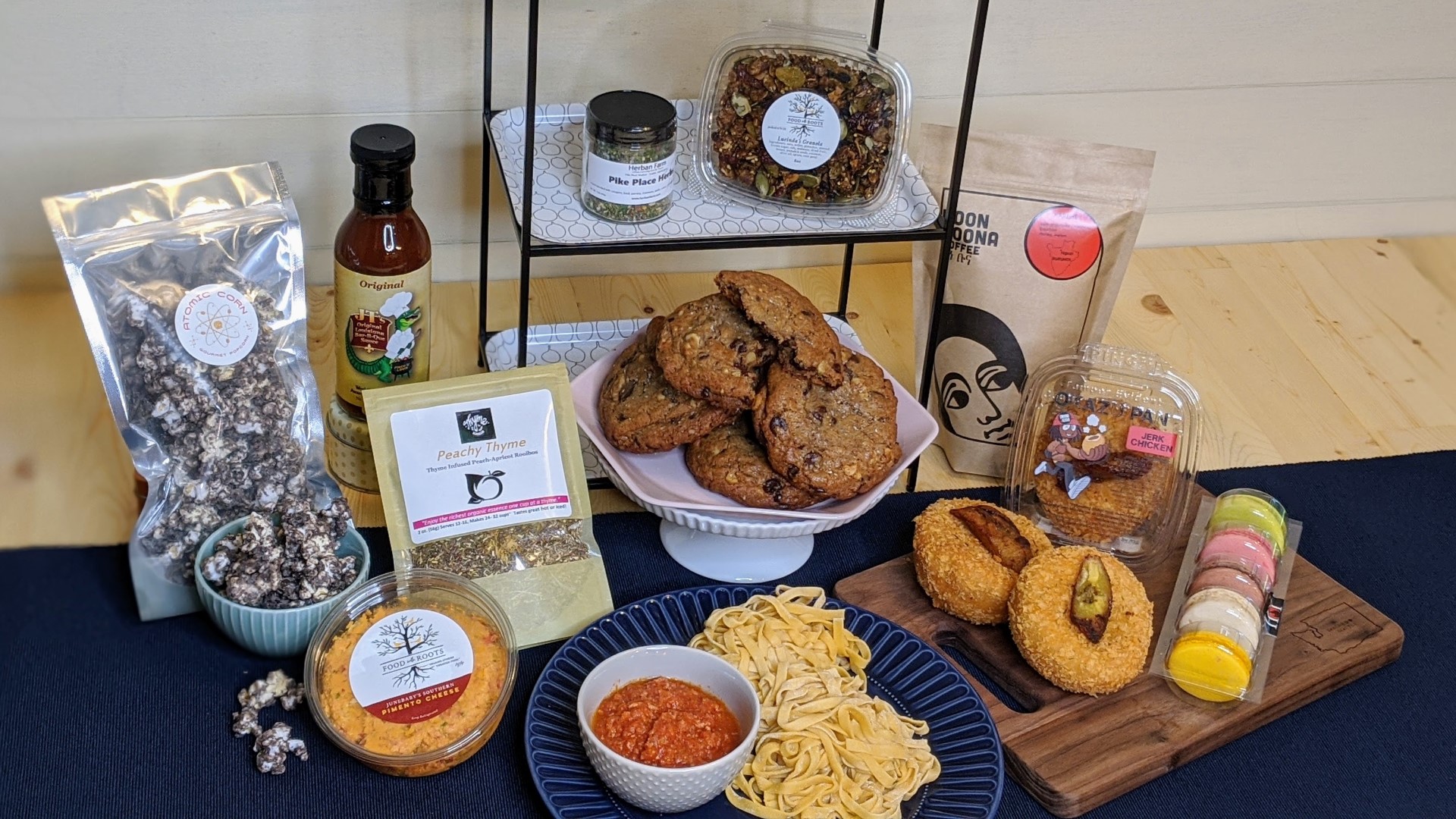 SEATTLE — Supporting nearly a dozen local black-owned businesses is just a click away.

"Current events really struck home for me and I couldn't sleep that first night of protests, and ultimately the looting that happened,” she said.

Shen wanted to support other small businesses and reached out to her network of foodie friends to find vendors for what she calls the “Seattle Solidarity Box.” Everything came together in record time.

"Literally from inception to launch was 36 hours,” Shen said.

Each box contains 12 different items from 11 black-owned businesses, and Savor Seattle donated 100% of the first 200 boxes sold and 5% of every subsequent box to BLM.

Boon Boona owner Efrem Fasaha had to close the in-person side of his business in March, including weekly East African coffee ceremonies designed to inspire conversation.

"It's all about community and really providing a space for that and we miss it dearly," he said. "We had to put a lot of our team on standby, which was really one of the toughest things to do."

The inclusion in the Solidarity Box proved to be a good boost. After just one week, 900 boxes were sold – contributing more than $65,000 for the partnering small businesses.

The boxes also raised nearly $9,000 dollars in donations for BLM.

"All of these individuals are just doing phenomenal work and it's just great to be in the mix with them,” Fasaha said.

The Seattle Solidarity Box costs $150 and can be ordered online.