Cheers! One man's hard work and commitment to filling his home with beer cans paid off for the new owners. 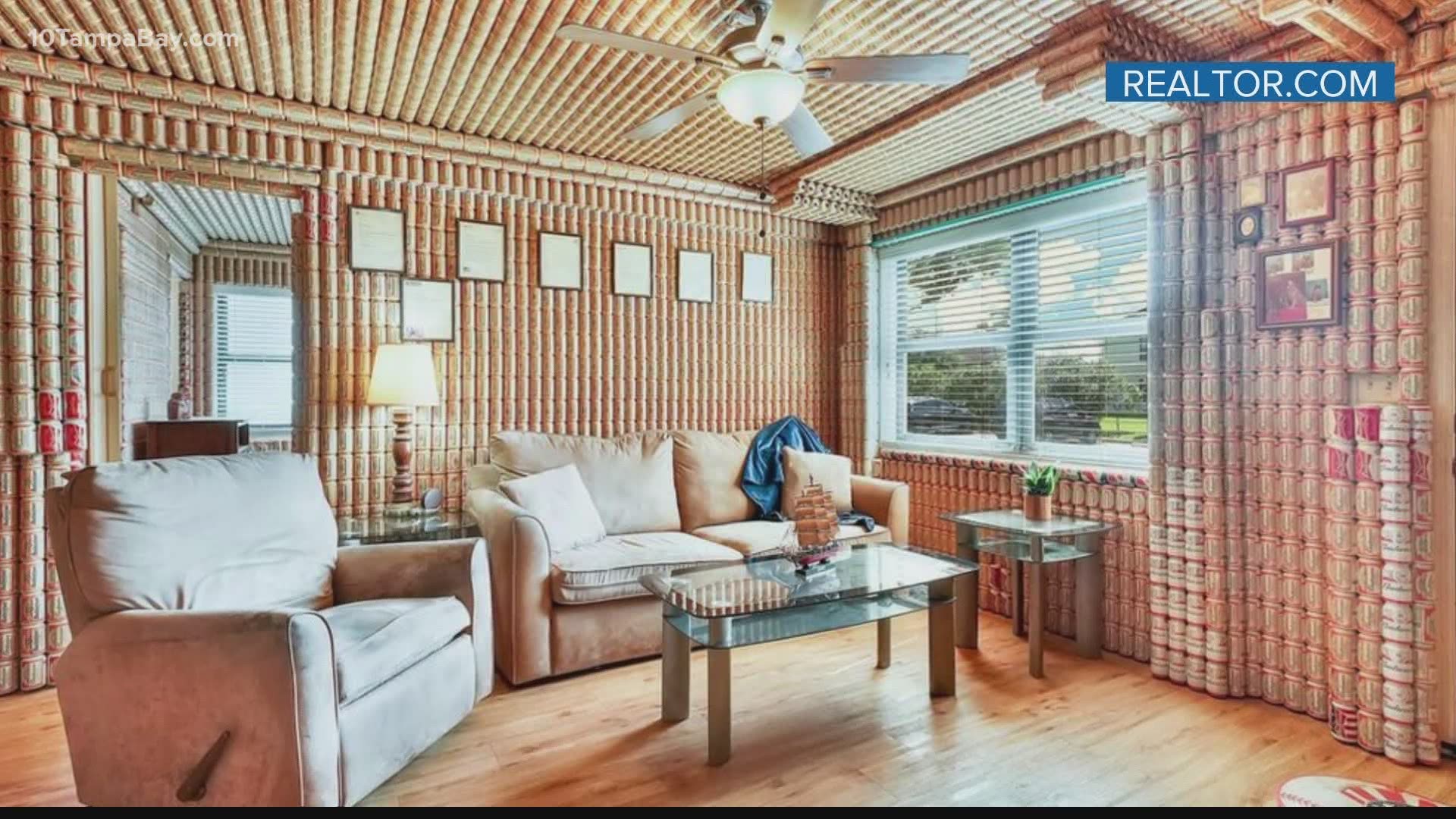 LAKE WORTH, Fla. — This is the house Budweiser built – literally.

A South Florida condo owner spent years lining the walls of his place with empty Budweiser, creating his own "beer haven." And now it gets to be passed off to a new owner.

While the listing doesn't share how many cans fill the walls of the 815 square-foot Lake Worth condo, let's just say...it's a lot. In a photo of the dining room alone, you can see nearly 530 cans spanning a portion of one wall. The only places free of Budweiser cans are the condo's bathrooms, according to a news release.

It's an effort worth raising a glass to; plus all that work seemingly paid off in more way than one for both the seller and the new owner.

The “House of Budweiser” went into escrow following a bidding war landing the original creator more than the $100,000 asking price. And the new owner has landed free beer from the company itself.

The only condition? Don't change a thing.

Hey @BuyAndSellWPB, who bought this house?

Let us know so we can stock their fridge with beer (as long as they don’t renovate). pic.twitter.com/6IZmc7mfhy

The two-bedroom, two-bathroom space covered floor-to-ceiling in Budweiser cans must stay intact and unchanged in the future for the reward to stand.

"As the new owner prepares to take residence in this beer lover’s paradise, Budweiser has decided to up the ante by saying, 'You buy it, we’ll supply it. As long as you don’t renovate,'" a press release states.

After Budweiser's announcement and the listing gaining national attention, the realty company selling the condo gave some information on the owner, Mike Amelotte.

"Michael Amelotte was a U.S. Navy Veteran. He was stationed aboard an aircraft carrier and worked as a decoder during the Cuban Missile Crisis. He moved into his condo in 1986 and started the beer can project in 1990. It took him 16 years to consume enough beverages and finish this project.

This was a labor of love with extreme attention to detail as he painstakingly covered all of the walls and ceilings. He even created crown molding and used different sizes of cans to accommodate electrical outlets and the A/C vents.

Mike was also an avid golfer with a 6 handicap, and a lifetime Buffalo [Bills] and Yankees fan. Mike's close friend, Kris Johnson, was quoted saying, 'you could not find a better person to call your true friend.'

You can get a look at the condo for yourself here.