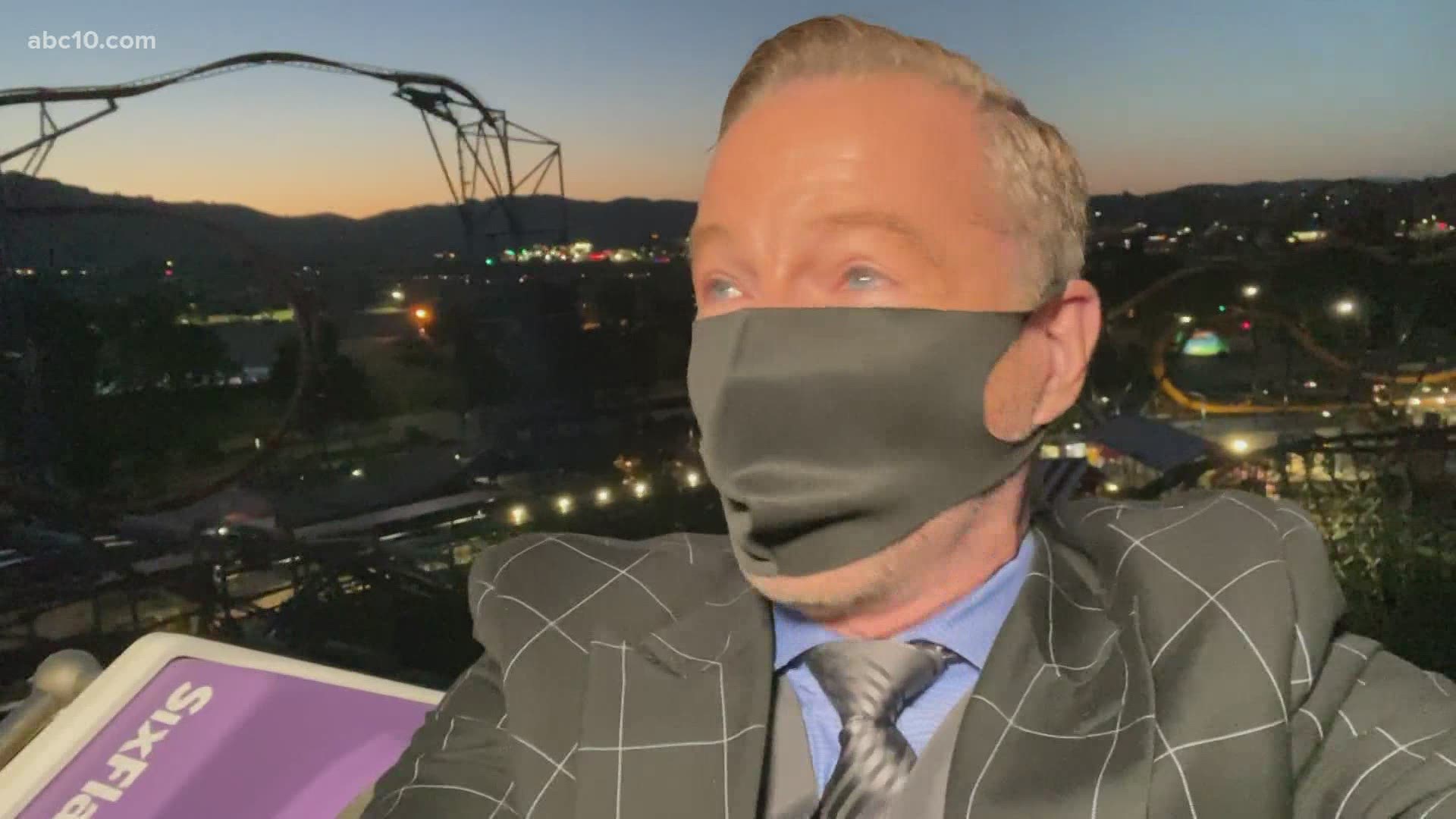 VALLEJO, Calif. — Theme and amusement parks across the state are reopening to visitors on Thursday after a long year of staying shuttered.

Under current state guidelines, only California residents can visit the state's amusement parks and capacity will be limited, but that just means shorter lines for your favorite rides.

Theme and amusement parks that reopen in the red tier of California's Blueprint for a Safer Economy will have to take the following precautions:

These restrictions ease up for theme parks in county's that move to the less restrictive orange and yellow tiers.

Six Flags Discovery Kingdom, located in Vallejo and which is the closest major theme park to the Sacramento area, is opening rides back up April 1 for members, April 2 for members and season pass holders, and April 3 for everyone.

The Santa Cruz Beach Boardwalk is also reopening select rides on April 1. According to its website, the Beach Boardwalk will be open to those with season passes at first. Reservations are now open through April 11.

Legoland announced it will fully reopen all resort rides at the Carlsbad, Calif. location on April 15. In the meantime, Legoland is having "preview days" starting April 1 to April 15, with some attractions open for priority access.

Disneyland was one of the first parks to announce a solid reopening date of April 30.

Some theme parks in the Sacramento area have already been open — Fairytale Town, Funderland, Quarry Park Adventures and Tree Top Sac — due to their small size and qualification as an outdoor activity.

With the announcement that theme and amusement parks would allowed to reopen soon in limited capacities, the wheels began turning immediately to get California's favorite parks back in business.

Dr. Mark Ghaly, Secretary of California Health and Human Services, announced the change to the state's Blueprint for a Safer Economy on March 5, allowing amusement parks to open at 15% capacity in the red tier and in larger percentages in less restrictive tiers, beginning April 1. The changes come after many theme parks have been closed to the public for months due to the coronavirus.