SACRAMENTO, Calif. — The iconic Fat City Bar and Café, located in Sacramento’s historic downtown, will close its doors on Saturday, Nov. 2 after serving thousands of customers over its 43 year run.

The urban café is modeled after the fern bar movement of the 1970s. It’s known for its art-deco, a series of stained glass panels, and a more than 150-year-old bar imported from Colorado. 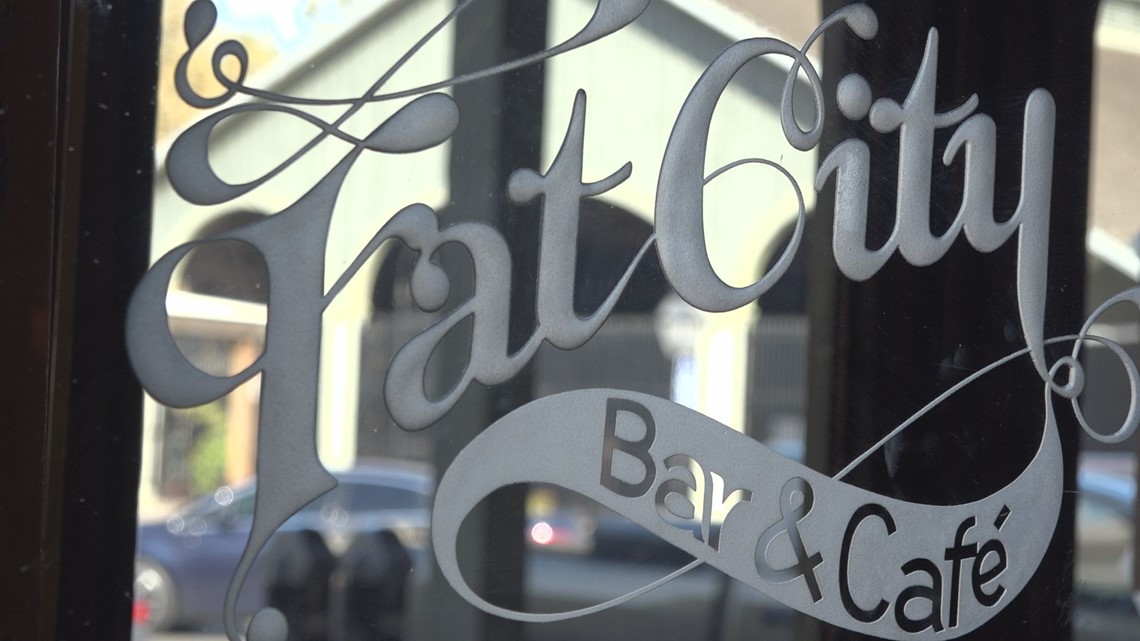 Folks will no longer be able to dine with the famous Purple Lady, the historic stained glass piece featuring a woman in a purple dress. It hangs in the main dining room of the restaurant. The piece won the first prize at the 1893 Chicago World’s Fair.

Fat City currently serves a menu of “comfort food” items such as pastas, burgers, and a sloth of fried veggies. Restaurant owner Jerry Fat said revenue has been on the decline at the historic location for years.

It was strictly a “business decision” to close down the Old Sacramento restaurant, Fat said. Many of the employees who work at Fat City are being offered positions at the Fat Group’s other locations in Sacramento.

“We’ve had a great ride,” Fat said. “But due to the steady decline in Old Sacramento business, coupled with rising costs and increased competition for those shrinking dollars, we made the decision to close.”

The restaurant is now competing with new developments like the Downtown Commons (DOCO) and is fighting with increasing operating costs in California, Fat said.

The City of Sacramento made promises this year to invest in the historic downtown in hopes of garnering both tourists and local visitors to the area. In April, the city announced four major developments in Old Sacramento, including a park, floating terrace, history museum, event deck and a beach front.

While Fat calls the efforts admirable and ones that may breathe new life into the area, he’s not willing to keep the restaurant open solely on those promises.

Still, the Fat family’s influence in Old Sacramento won’t be forgotten. The family started there with the China Camp restaurant in 1973, which operates as a banquet hall and catering operation today. The rustic traditional interior is line with bamboo and pays homage to the Chinese laborers who built the Central Pacific Railroad and Delta levees.

Fat City Bar and Café opened right next door in 1976 in what was once the Henderson Brown & Co., a general merchandise store built by Samuel Brannon in 1849. However, the history of the riverfront area is one of triumph and tragedy.

Old Sacramento faced demolition by the mid 20th century as California looked toward construction of Interstate 5. However, a group of city leaders fought the idea and instead promised investment in redeveloping the then blighted area.

“In the 1960s, when city leaders announced plans to revitalize the once-thriving Gold Rush era town center, our family patriarch, Frank Fat, was among the first to answer the call,” Fat said.

Frank Fat is a legendary restaurateur who died in 1997 at the age of 92. The elder Fat immigrated from China when he was 15-years-old. He’s well-known and respected for working his way up from dishwasher to successful business owner.

Jerry Fat, along with his late brother Tom and late father Frank, decided to open the restaurant on the promise of investment and re-development of the area.

It was because of investors like the Fat family during that time, that Old Sacramento has risen into what it is today. Today, the historic downtown sits on 28 acres and is home to 53 historic buildings. There are now lots of shops, restaurants, and offices that operate in that area.

Fat’s Banquet Facility & Catering will honor commitments through the end of the year. The family will maintain ownership of the buildings which house the café and banquet hall.

Frank Fat's on L Street celebrated its 80th anniversary. We sat down with Ken Fat, Frank Fat's son to talk about Frank's life and legacy.