Whether you like the mountains or the ocean, kitschy hometown festivals or Mardi Gras bonanzas, this weekend’s events are sure to please. Read on! 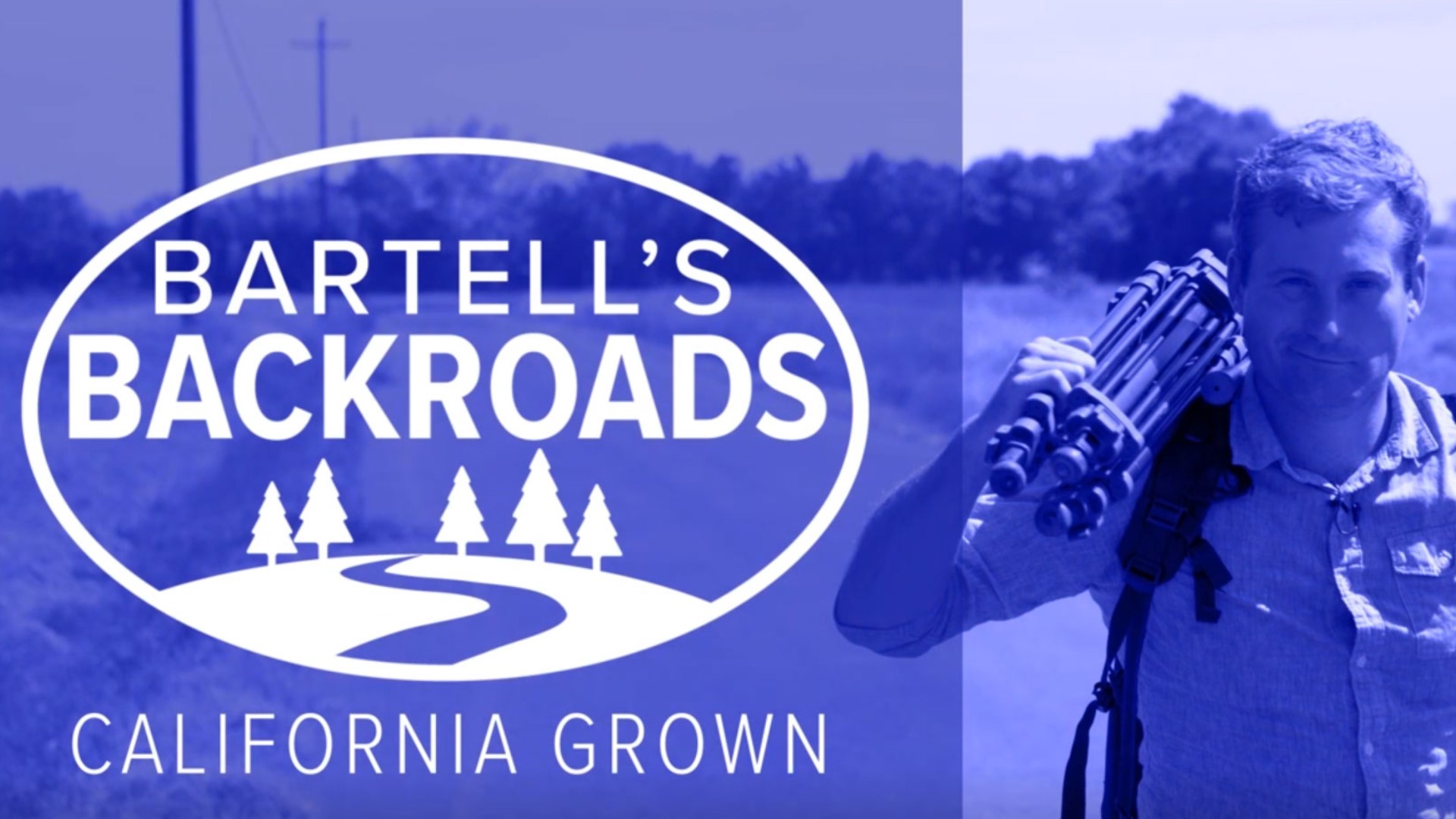 Wine and beer. Snowshoes and sailing. Almond festivals and Mardi Gras. This weekend’s Northern California events are all over the map. But that just means there’s sure to be something that piques your interest.

The soul of New Orleans’ famous Bourbon Street is coming to the Old Sacramento Waterfront with the Mardi Gras Sacramento celebration this Saturday. Ten local bars and restaurants are participating in this FREE event, and all of that is on top of the street performances and live music!

Speaking of live music, country music star Blake Shelton will be live at the Golden 1 Center Saturday night for his “Friends and Heroes 2020” music tour. Other musical guests include The Bellamy Brothers, John Anderson, Trace Adkins, and Lauren Alaina.

Up Highway 16, west of Sacramento, the 104th annual Capay Valley Almond Festival kicks off on Sunday. The long-standing celebration of all things almond stretches across six towns with live music, arts and crafts, food, drinks, and more!

READ ALSO: Everything you need to know about the Ripon Almond Blossom Festival

Head in the opposite direction on Highway 50 toward Folsom and you can take part in the opening event for the first-ever Folsom Beer Week. Dozens of local crafts brewers have signed up to participate in “Tap into a Cold One Winter Brewfest” at the Palladio. There will also be live music, food, and games.

How do you make a scavenger hunt more fun? Add wine! That’s the recipe for the 2nd annual Winter Wine Adventure in Camino, Calif. Several wineries along Carson Road are joining in on the fun, with clues, hidden objects, prizes, and of course wine and food pairings at every stop while you hunt.

If you are looking for some fun in the snow for the whole family, then you’ll want to check out the Glowstick Parade and Carnival in Truckee. This FREE event takes a more youthful spin on the traditional New Year’s torchlight parade.

Those are just a few of the awesome things happening around the area this weekend. Scroll on down to see more and maybe you’ll find the perfect plan for you!

Do you have an event idea? Send your suggestions to mnuttle@tegna.com

Old Sacramento is transforming into Bourbon Street this Saturday for the Sacramento Mardi Gras celebration!

Ten Old Sac bars are participating in this FREE event, featuring plenty of live music, DJs, and outdoor brass band performances traveling around the area to really bring in that NOLA charm!

The event is free for everyone who wants to head down to Old Sacramento, but, of course, you cannot get into bars unless you are at least 21 years old.

Grab a pair of boxer shorts and join the 2020 Sacramento Undy RunWalk this Saturday to help raise funds and awareness of colorectal cancer.

The event, put on by the Colorectal Cancer Alliance, is happening at Sacramento’s William Land Park. According to their website, the alliance has already raised nearly $31,000 of its $60,000 goal at events this year.

The goal pf the vent is to provide support for patients and families, caregivers, and survivors; to raise awareness of preventive measures, and inspire efforts to fund critical research, organizers said.

You will receive a branded pair of boxer shorts for singing up (of course you can still wear your own if you’d like.) Registered cancer survivors, on top of free participation, will be given a special “survivor” T-shirt and medal, too!

Country music star Blake Shelton is bringing his Friends and Heroes 2020 music tour to the Golden 1 Center this Saturday night.

“The Friends and Heroes Tour was so exciting and successful last year that I couldn’t imagine not trying something like that again,” said Shelton in a press release.

Shelton is joined on tour by The Bellamy Brothers, John Anderson, Trace Adkins, and Lauren Alaina.

“Even though every night when the show wrapped, I would tell the audience that they might never see something like this again, with these legends, my plan all along was to at least try to make that happen,” said Shelton.

The 2020 tour just kicked off on Feb. 13 in Portland. Before Sacramento, Shelton and Co. played in Fresno. The remaining California tour dates include Glendale (Mar. 5), San Diego (Mar. 6), and Los Angeles (Mar. 7).

Come celebrate the 104th annual Capay Valley Almond Festival this Sunday at locations all across the Esparto/Capay Valley region.

First started all the way back in 1915, the Capay Valley Almond Festival is a celebration of California’s largest tree nut crop and the people and places that make up the industry!

Tap into a Cold One Winter Brewfest

The first-ever Folsom Beer Week is kicking things off with a special event featuring dozens of local craft brewers at the Palladio this Saturday.

Guests who buy admission to the “Tap into a Cold One” event will receive unlimited tastings at the 40 craft breweries that have registered to participate. At least five wineries have also signed up to participate.

Tap here to see all the participating breweries and wineries.

Other highlights include food trucks, games, and live music by 80s-music specialist DJ Rigatony. Some local restaurants will also be on hand offering food samples to guests, too.

After a wildly successful first run, the Winter Wine Adventure is back in Camino with riddles and clues for a brand-new scavenger hunt!

Eleven Carson Road Winery members are participating this year. Guests will receive delicious wine and food pairings at each participating winery as they hunt for objects, solve riddles and receive clues for a chance at winning the grand prize.

Nothing short of a blizzard is going to keep this event from happening. Guests are told to dress warm (it is still winter, after all) for a lot of outdoor activity at a higher altitude.

A special kids’ version of the Tahoe Donner New Year’s Eve Torchlight Parade is happening on Saturday with glowsticks for children ages 10 and under.

Kiddos who are able to ski or ride unassisted in the dark are invited to participate in the event at the Snowbird ski run. Participants are asked to arrive early to secure their spot in the parade.

The carnival is set to begin at 4:30 p.m. and the parade will begin at 6:30 p.m. Music and complimentary snacks will be available in the bar area prior to the start of the parade.

This event is free and open to the public.

Guests of all skill levels are invited to join in the race. The course is machine-groomed through forest terrain and mountain meadows. Organizers say the course is mostly flat, but there are some short, moderate climbs, too. Inexperienced guests are invited to participate in a familiarization walk prior to the race to get accustomed to using snowshoes.

Participants will be treated to special race swag, post-race refreshments, and will be allowed continued day use of groomed trails at Camp Richardson following the race.

If you don’t have your own snowshoes, you may rent a pair. Proceeds from this event will go to the non-profit metastatic breast cancer organization METAvivor.

Credit: Getty Images/iStockphoto
A ground view and closeup of the legs and feet of a person wearing nice snowshoes as they walk with the beautiful winter landscape and snow covered forests of Fernie, British Columbia, Canada.

Set sail on the San Francisco Bay aboard the Schooner Freda B for a unique and unforgettable view of some of the most iconic landmarks of Northern California.

Guests are encouraged to bundle up for the 2+ hour trip that typically visits the Golden Gate Bridge, Alcatraz, Marin Headlands, Angel Island, Palace of Fine Arts, Fort Mason, Fisherman's Wharf, Coit Tower, and the Bay Bridge, depending on the conditions of the water.

A cash-only bar will be available to guests with everything from sodas and hot cocoa to beer, wine, and other cocktails. No outside beverages are allowed onboard.

Organizers advise guests to arrive early in order to find parking. The schooner sets sail on time and there are no refunds given to guests who miss the boat.

The premier North American exhibition of tribal art from indigenous cultures across the world returns to the Fort Mason Center Pavilion in San Francisco all weekend long.

In its 34th year, the San Francisco Tribal and Textile Art Show features awe-inspiring works of tribal artwork and textiles, including rare and unique pieces from Africa, Asia, Australia, Oceania, and the Americas.

Special to this year’s event is an apartheid-era Casspir vehicle that has been fully restored and adorned with 70 million(!) vibrant glass beads. Created by The Casspir Project, the piece attempts to turn a symbol of tyranny into something that represents humanity and creativity, according to organizers.

Do you have an event idea? Send your suggestions to mnuttle@tegna.com