Bacon, beer, bucking bulls and much more! This weekend around Northern California is bursting with heart-pounding and belly-filling fun. Read on! 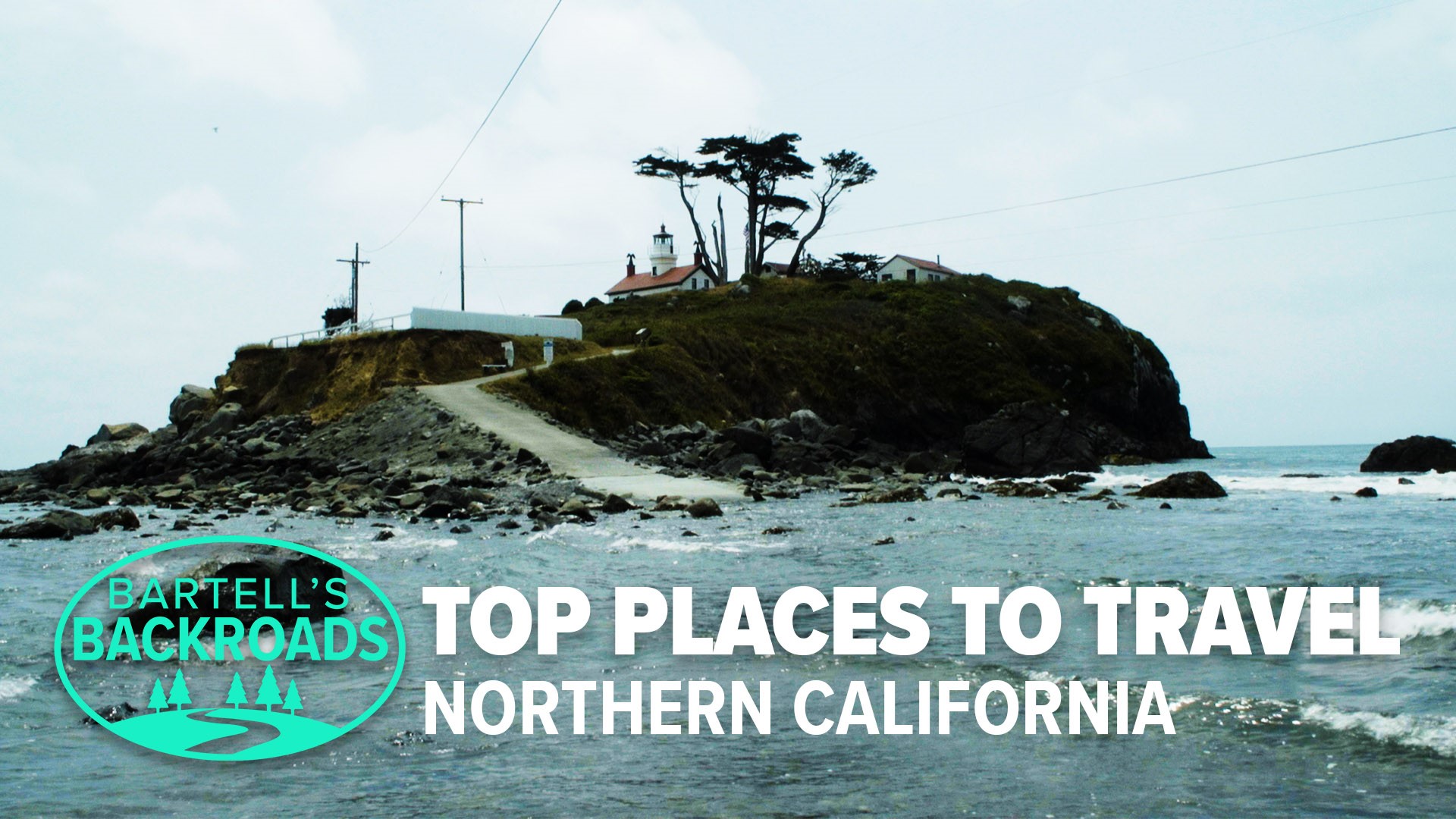 Whether you like bucking bulls, or building things, or even just eating bacon, this weekend around Northern California has an event that will interest you.

Sacramento’s Bacon Week wraps up on Sunday and what better way to end things than by crowning the best bacon chef in the city? Mulvaney’s in Midtown hosts the challenge and guests will get the chance to taste all the competing dishes.

Also in Sacramento, beer-lovers should "hop" on over to the Art of Beer Invitational at the McClellan Conference Center. This is a beer festival unlike any you may have ever attended. On top of unlimited tastings, organizers say the invitational offers a unique opportunity for beer drinkers to chat with beer makers to learn more about the craft.

Oakland A’s fans are in for a treat. This Saturday in Jack London Square, the team is hosting a FREE Fan Fest event. Fans will get to meet players and coaches, take photos, eat free food, and much more!

Those are just a few of the events happening this weekend. Scroll down to read more!

The 9th annual Sacramento Bacon Week comes to a close with the Chef’s Challenge at Mulvaney’s in Midtown.

The best chefs in Sacramento in this competition, dubbed “The Guido Cup” after the Bacon Fest founder, have all been given Rancho Llano Seco pigs with which to prepare their signature dishes. A panel of judges will then determine who wins the cup.

And those lucky enough to get tickets for this event will get to taste every dish, if they so choose. Guests will also have access to other food and drinks!

Organizer Alec Wasson describes the event as “one big party and celebration of all things bacon.” There will also be a competition for non-pork products.

Bacon Fest events have gone on all week around Sacramento. Some restaurants and bars that joined in this year’s festivities included Canon, Sellands, Chocolate Fish, Bike Dog, and Bottle and Barlow.

Sacramento’s 8th annual Art of Beer Invitational is back at the McClellan Conference Center this Friday evening.

More than 35 incredible breweries are scheduled to attend this year’s event. According to organizers, the Art of Beer Invitational is not your typical beer fest. This event prides itself as a place where beer enthusiasts can get a chance to mingle with brewers, ask questions and try exclusive beers.

Guests can enjoy unlimited pours in a special 4 oz “Art of Beer” glass. Some local restaurants will also be in attendance offering up samples to make that perfect pairing.

Event proceeds and 100% of funds raised from a silent auction will benefit Make-A-Wish® Northeastern & Central California and Northern Nevada.

The largest showcase of home and landscaping exhibits and experts in California is coming to Cal Expo all weekend long.

Tap here for a list of all workshop speakers.

Spread out across 12 buildings on the ground of Cal Expo, you’ll have a hard time trying to take everything in in one day. Your ticket will get you free seminars, free samples from some exhibitors, and free advice from the largest gathering of professionals in the state.

So, no matter if you are building, remodeling, or just decorating, the Home and Landscape Expo is a must-attend to help with all your home projects.

(Parking on-site will cost an extra $10)

Pyrotechnics, explosions, and flames, and all of that is before the bull riding!? The Golden 1 Center will once again host the Professional Bull Riders (PBR) Unleash the Beast event all weekend long.

Back for its 16th year, the “Toughest Sport on Dirt” brings in the top 35 bull riders in the world to compete against fearsome bulls in an “8-second second man-versus-beats duel,” organizers say.

Catch one of this weekend’s events for two hours of heart-pounding, edge-of-your-seat action.

If you are interested in the paranormal, then the Haunted Hangtown Ghost Tours has a treat for you! This Saturday, HHGT is taking select guests on an investigation of Placerville’s historic Cary House Hotel.

On their Facebook event page, HHGT writes, “Originally the El Dorado Hotel, the Cary House has a storied history as a mainstay in this historic mining town. Dignitaries, famous figures, and the pioneers of Placerville, ol’ Hangtown have stayed here…some of the many guests, former employers, and old gamblers and miners still…reside and have no intention of ever leaving.  Haunted Hangtown Ghost Tours is going to hunt those spirits down and attempt to communicate with them.”

Guests will get the chance to participate in a real live paranormal investigation and get hands-on use of the latest paranormal equipment and communication tools like spirit boxes and ghost boxes, etc.

In Lodi this Sunday, the Hutchins Street Square Community and Conference Center kicks off their 2020 Concert Series with their Experience the Square event.

Experience the Square will feature live musical performances, guided and self-guided tours of the square, a youth activity area, and wine and beer tastings with at least eight local breweries and wineries partnered with the event.

The event is headlined by national recording artists Chris Pierce and Chris Lovejoy who are set to hit the stage at the Charlene Powers Lange Theatre.

Everyone is welcome, but you must be at least 21-years-old to partake in any of the alcohol tastings. Proceeds from the event go to the Hutchins Street Square Foundation.

The 28th annual 2020 Boys and Girls Club of Napa Valley Crab Feed this Saturday at the Napa Valley Expo.

This event features live music, dancing, both silent and live auctions, a table decorating contest, and of course plenty of delicious crab dishes to eat.

Proceeds from this event allow the Boys and Girls Club to provide programming that will ensure youth in the clubs to achieve academic success, choose healthy lifestyles, and develop good character, organizers said.

If you’re a woman who’s looking to get into backcountry skiing, then Backcountry Babes’ Beginner Ski Tour in South Lake Tahoe could be the perfect event to hone your skills and make connections with other women who are learning the sport.

The workshop runs over the course of a day and a half and offers mentorship and skill-building to beginner backcountry skiers.

The goal of the workshop is to “create a fun and welcoming environment where you can ask questions, learn to use your Alpine Touring, Splitboard, or Telemark set-up with professional, qualified guides,” according to organizers.

Guests will learn the basics of backcountry skiing, what gear and tools to have and, most importantly, how to use them properly.

The activity for this workshop is considered to be easy to moderate in difficulty. If you want to participate, organizers say you should be “comfortable skiing ungroomed blue terrain; ability to ski tour several miles, and spend time outside in inclement weather.”

Credit: Getty Images/iStockphoto
A close-up of the ski on the athlete's feet against the background of snow-capped rocky mountains. The concept of winter sports in the mountains.

There will also be a kids’ club area and interactives games open to everyone. Stomper, the Oakland A’s famous elephant mascot, will make some special appearances, too.

Tap here to see the full list of players and coaches scheduled to be in attendance.

This year’s festival features 70 breweries who will be offering up 200 unique and delicious beers. There will also be food trucks, corn hole, music, and more!

Tap here for a full list of brewers who will be attending.

The event takes place in two sessions: one from noon to 1 p.m. and 4 p.m. and the second from 5:30 p.m. to 8:30 p.m. and admission included *unlimited* samplings! Guests who buy VIP admission will get to enter the event an hour earlier (first session only). VIP guests will also get exclusive tastings of certain specialty beers only served during the early-entry hour.

All attendees must be 21-year-old or older to attend. And, unfortunately, dogs are not allowed.

Credit: ABC10
A sampler tray of beer waits on the counter for a customer at Urban Roots Brewing.

Touted as one of the biggest auto swap meets on the West Coast, the annual Turlock Swap Meet is cruising back into town.

RELATED: 'There aren’t too many that are much bigger' | Turlock Swap Meet cruising back to county fairgrounds

With nearly 2,000 vendors every year, the swap meet is one of the biggest that Stratt Riggs, an event manager, has heard of. He only knows of two other swap meets in Pennsylvania and in the city of Pomona that are bigger than Turlock's.

"Other than them, there aren’t too many that are much bigger," Riggs said.