As we head into the thick of November, it's getting cooler & darker. But that doesn't mean there aren't still plenty of fun things to do! Check out what's going on. 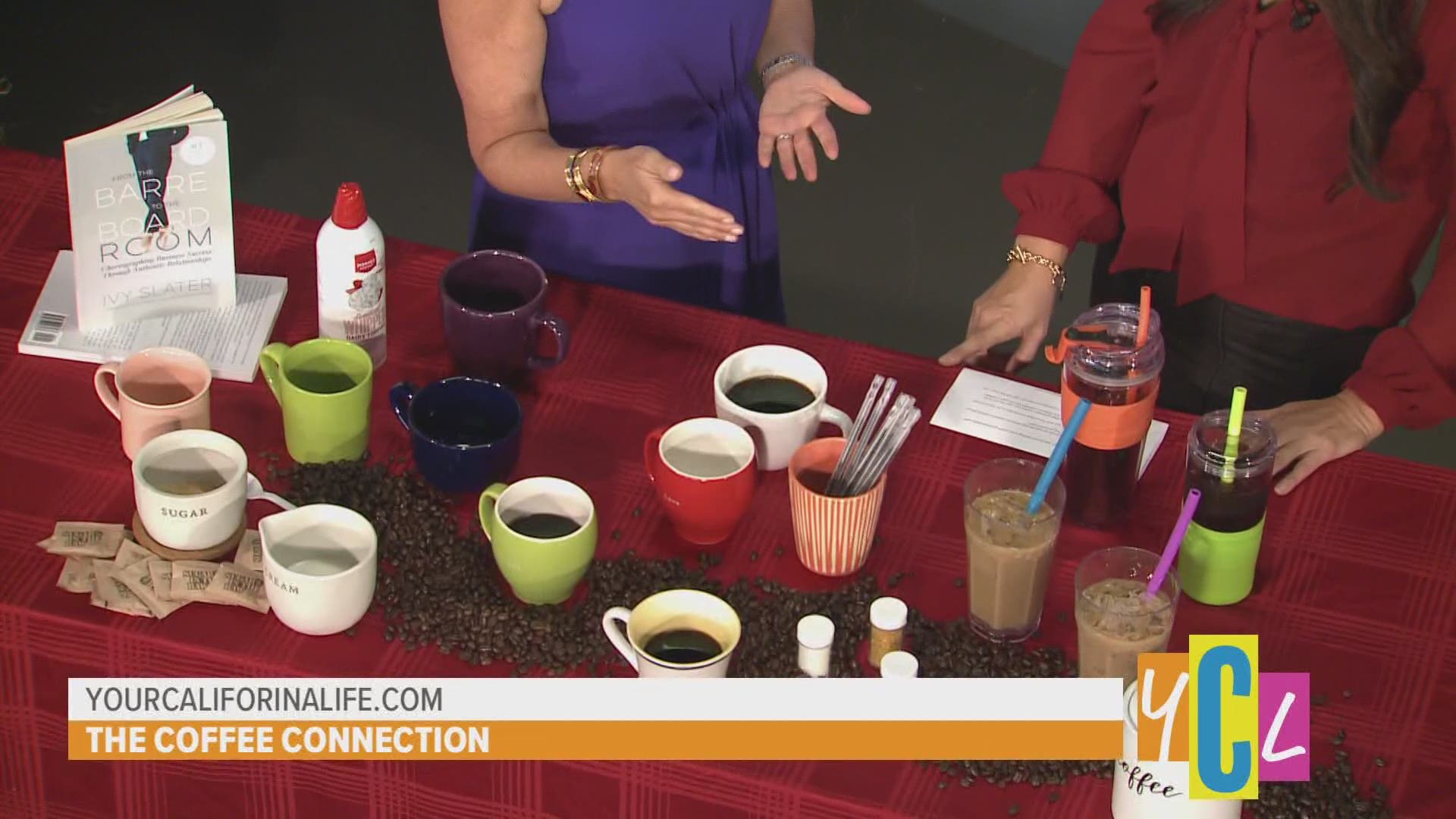 Some Northern Californians may have felt a little cabin fever over the past few weeks with the PG&E power shutoffs and all the recent wildfire activity. But this weekend things are much calmer and there’s a feeling of fall in the air.

And this weekend’s events reflect that feeling with a touch of the season and a shot of positivity.

Starting things off in the Sacramento area, it’s the perfect weekend to feel like a superhero and run for a good cause at the Super Run 5K at North Natomas Regional Park. You can dress up like any hero you want, throw on a cape (they’re provided if you don’t bring your own) and have a little fun outside.

For the young ones, or if you feel young at heart, you have to go and check out Disney on Ice at the Golden 1 Center. The performance features four unique stories starring some of your favorite Disney characters racing across the ice in a dazzling spectacle.

As part of a special Veterans Day celebration, Lodi will host “Roc-Vemberfest.” This massive concert has 40 bands scheduled across four stages on Saturday and Sunday. And proceeds from the concert will go to the charity “Operation Restored Warrior.”

The El Dorado County Fair and Event Center is hosting their annual Crab & Chowder Gala Fundraiser to help raise money for repairs and future projects at the fairgrounds. And in the fall, there’s nothing like a hot bowl of clam chowder!

But maybe the most “on brand” event for the fall is taking place in San Francisco, at the Fall Cider Festival. The event boasts more than 30 unique cider drinks and your admission comes with UNLIMITED pours!

If you don’t mind a little bit of a drive through the Sierra, Reno is hosting its inaugural Pop Culture Convention. The 3-day event will feature a host of celebrities, writers and artists from television, movies, and comics.

That is just a small sample of what is going on around Northern California (and out of state) this weekend. Scroll on down to see more!

Put on your best cape and tights and take part in the Super Run, going down at the North Natomas Regional Park on Saturday.

The national superhero 5K fun run partners with local non-profits to raise money and awareness to various causes. Runners are encouraged to dress as any superhero they’d like. Registered runners will receive a cape and a bib.

Each race has a specific color cape, but if you register to run online, you can have alternate colors mailed to you prior to the race.

There will be a superhero photo screen for pictures and special superhero medals at the finish line.

Disney on Ice: Worlds of Enchantment

Disney Magic is coming to the Golden 1 Center all weekend long!

Come out and see some of your favorite Disney characters come to life in four stories as part of Disney on Ice: Worlds of Enchantment.

The show features Ariel the Little Mermaid, Lightning McQueen, Mater and crew from “Cars”, Woody, Buzz and the Toy Story gang, and Anna, Elsa, and their pals from Frozen!

The event is open to people of all ages, but guests over the age of 14 are not permitted to wear costumes.

Credit: AP
This photo taken Tuesday, Sept. 27, 2016, shows the exterior of the new Golden 1 Center in Sacramento, Calif. The 17,500-seat arena is the new home of the NBA's Sacramento Kings basketball team. The Kings' first game in the arena will be a preseason match against Maccabi Haifa, of Israel, Oct. 10. Their first regular-season home game is Oct. 27 against the San Antonio Spurs. (AP Photo/Rich Pedroncelli)

Where: The Bank, 629 J Street, Sacramento

Sacramento Coffee Week comes to a close with the finale tasting event Sunday at The Bank in downtown.

The public tasting event offers guests a unique opportunity to try the best coffee roasters in the region all under one roof. Participants at this year’s event, so fare, include Chocolate Fish Coffee, Old Soul Co., Seasons Coffee, Station 38 Specialty Coffee, and Temple Coffee Roasters.

Even if you can’t attend, event participants will be serving up their specialty drinks all week at their respective locations.

Credit: Getty Images/iStockphoto
This is a photograph of Hot coffee

This event will feature more than 40 bands across four stages and is headlined by Morgan Hill’s own Shane Dwight. It’s being held at Idol Beer Works and Five Window Brewing Company in Lodi.

Admission for veterans and active-duty military is free. Admission for everyone else is $15 for early-bird tickets or $20 for at-the-door admission. Proceeds from the concert will go to Operation Restored Warrior, an organization that looks to “rescue, rebuild, and restore” the most at-risk veterans.

In addition to the music, Roc-Vemberfest will also have an assortment of food, beer, wine, and arts and crafts vendors on hand.

Learn more about the full concert lineup and performance breakdown.

The annual Crab and Choder Gala fundraiser in Placerville is going down this Saturday at the El Dorado County Fair and Event Center.

With admission guests are treated to all you can eat crab, live music, beer, wine, spirits, pasta, bread, clam chowder, raffles, and more! The event was created to help raise funds to maintain the fairgrounds and support special projects, organizers said.

The pasta and chowder is homemade specifically for this event, according to organizers.

The El Dorado County Fairgrounds is a 501 c 3, non-profit organization and not a county government entity as the name implies. This gala provides much-needed funding to keep the 80-year-old venue up and running!

Santa Rosa’s “Winterblast” celebration is a FREE, family-friendly block party put on by SOFA Santa Rosa Arts District and Out There Santa Rosa.

Taking place on the corner of South A Street and Sebastopol Avenue, the 15th annual Winterblast has something for everyone. The event features a quirky parade of rolling sofa “floats”, live musical performances, “costuming and tomfoolery”, food trucks, and more!

Organizers encourage guests to come by bike, foot, or ride-share (once you get to Santa Rosa if you don’t already live there, that is) because several streets will be closed around the event.

Nothing says Fall has arrived like a glass of apple cider… or 30. And you can try them all at the San Francisco Fall Cider Festival this weekend.

You can pair all your cider drinking with one of the many food trucks that will be on hand, serving seasonal specials like sweet and savory pies, pear and gorgonzola pizza, mashed potatoes, stuffing, all the pumpkin spice things, and much more!

It’s San Francisco, so you’ll definitely have the opportunity to snuggle up in a cozy sweater and get the full fall experience. This is a must-experience event for all the Fall lovers out there.

The WorldWideWomen Foundation is kicking of their 4th annual Girls' Festival at San Francisco’s Palace of Fine Arts this Saturday.

This uplifting event features seven hours of hands-on engagement with more than 100 activities, workshops, panels, sports, and more! Organizers anticipate more than 7,000 girls and their families from around the country to attend.

The event is billed as “a life-changing day of power and possibility for thousands of girls and their families.”

Some highlights include the “Girlpreneur Competition,” a light-hearted adaptation of Shark Tank where girls present business ideas in front of a panel of judges. There will also be career panels featuring female entrepreneurs, athletes, business leaders, and so on.

There just isn’t enough room to list everything that will be offered at this mega event. And tickets are super cheap, and even free in some cases.

Second Saturday in Oakland is like a monthly block party on the waterfront of the city’s famous Jack London Square.

There will also be an array of food and drink options and live entertainment to keep guests occupied and satisfied! And best of all, this event is FREE and open to the public and their furry friends, too!

This is the last Second Saturday event of 2019. So if you haven’t made it out, this will be your last chance until April 2020.

Reno is set to host the city’s first-ever Pop Culture Convention at the Reno Sparks Convention Center all weekend long.

Reno Pop Culture Con is a family-friendly, fan-focused event featuring many of your favorite comics artists and writers, book authors, and celebrity guests. Guests can attend panels and other special programming. And younger guests can check out the Pop Culture Classroom’s Kids’ Lab.

Some of the stars headlining this inaugural event include Val Kilmer, Alan Tudyk and Jewel Staite from Firefly, Gates McFadden from Star Trek: The Next Generation, and many more!

There will also be plenty of vendors on hand selling merch and other pop culture collectibles and memorabilia.