Events in Auburn, Sacramento and Elk Grove have been canceled due to the potential record-breaking heat. 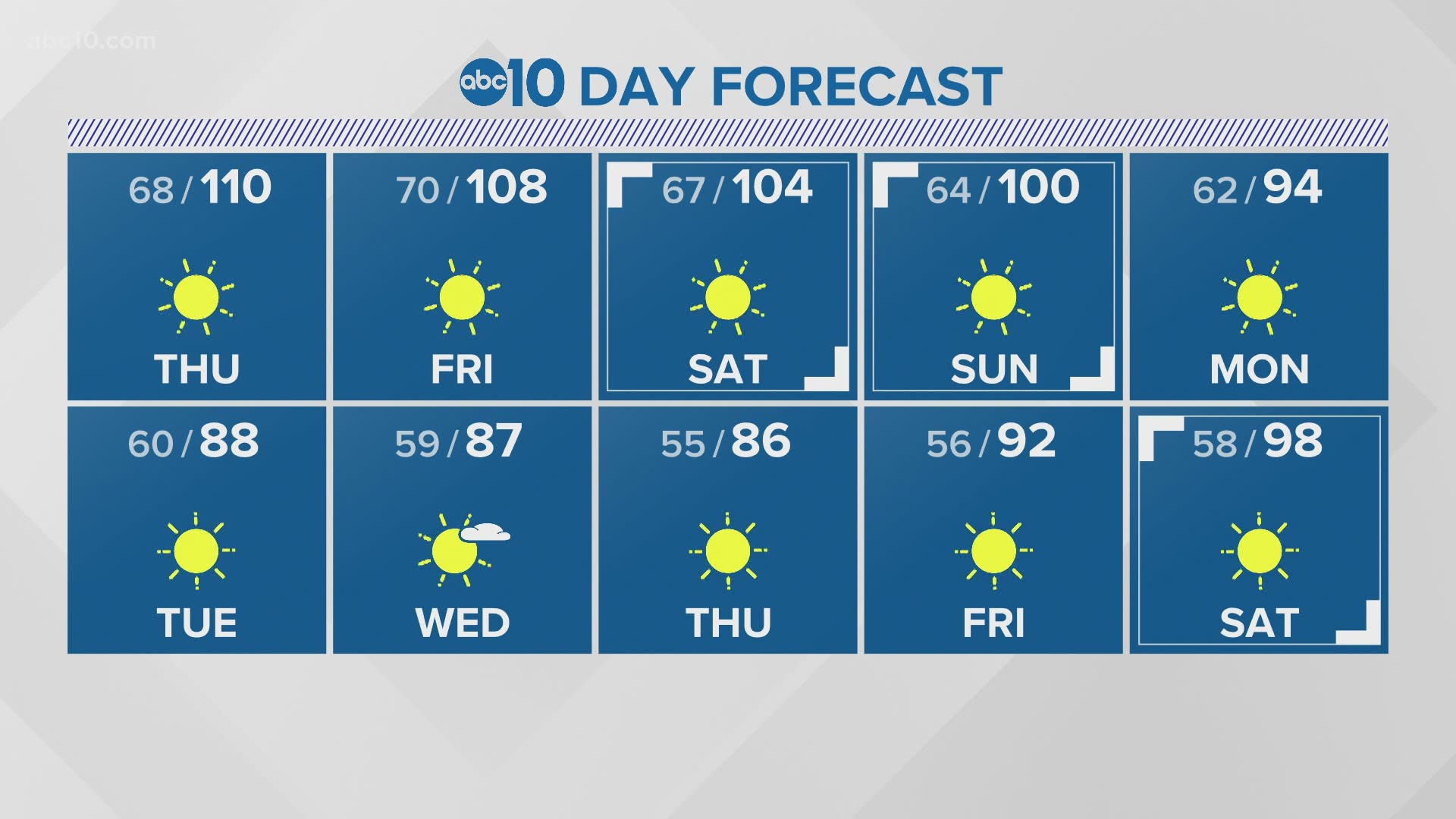 SACRAMENTO, Calif. — The Sacramento and Central Valleys are under an excessive heat warning. People are trying to stay cool as temperatures reach above 100 degrees through the coming weekend.

The National Weather Service advises people to stay indoors and avoid strenuous activities outdoors between 10 a.m. and 8 p.m. while the warning is in effect. In preparation for the heatwave, multiple events have been canceled to keep people from staying outside and potentially exposing themselves to heat-related illnesses such as heat stroke or heat exhaustion.

Downtown Live, an event with popup music acts around downtown Sacramento, decided to cancel the performances until the heatwave was over.

The Downtown Business Association said it would cancel the Downtown Auburn Co-Op that would take place on Thursday, and the Gold Country Fair Farmers’ Market, which runs every Thursday at the Fairgrounds in Auburn, was also canceled.

The Elk Grove Neighborhood Market was canceled for June 17 due to the heat.

The Sacramento Zoo is closing early because of the heat. Through Friday, June 18, the zoo will close at 1 p.m.

☀️ ATTENTION SACRAMENTO: Due to the high temperatures in the forecast for this week, the zoo will be closing at 1pm this Wednesday-Friday. Plan a morning visit to the zoo this week to enjoy the cooler temps.

Sending you all virtual kisses from Mo the okapi. 😘#SacramentoZoo pic.twitter.com/IC2xyWRTAi

This story will be updated as more cancelations are announced.