Will give you a hint: Actor Jeff Goldblum recently recorded an episode of his show at one of the fairs. 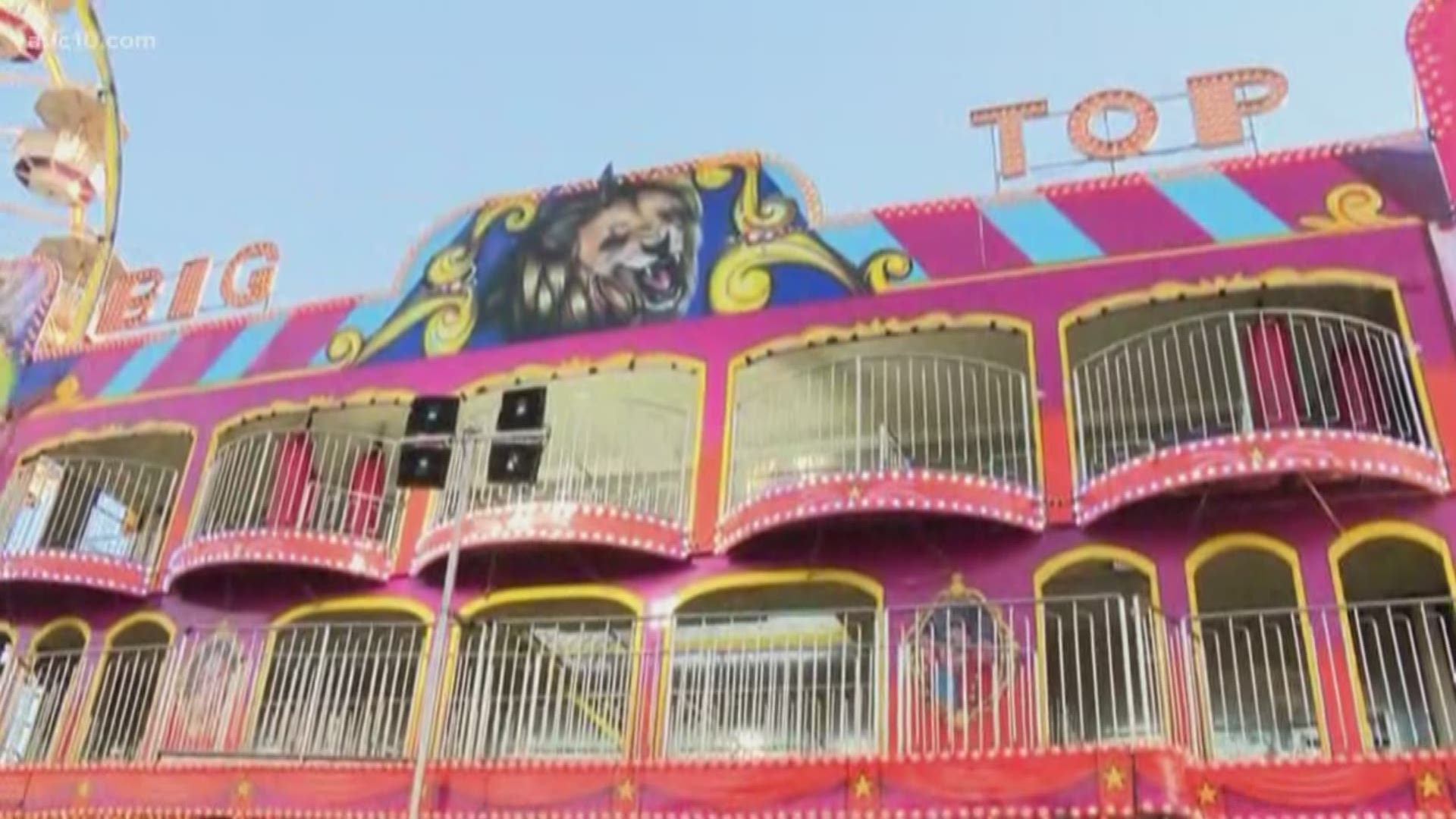 CALIFORNIA, USA — It's hard work to put on annual fair, but some Northern California fairs do it with flair and a lot of pride.

Both the California State and the Stanislaus County fairs made the International Association of Fairs and Expositions' list of the top 100 fairs, ranked by attendance.

The state fair was the highest ranked fair for Northern California with 601,761 attendees, a 5% increase from 2018 to 2019. Rounding out closer to the end of the list was the Stanislaus County Fair with a strong showing of 260,000 attendees, a sizable increase of 16% during that same time.

The Stanislaus County Fair made headlines when actor Jeff Goldblum stopped by their motorhome destruction derby to film his new show, "The World According to Jeff Goldblum."

A big bump in attendance and surprise celebrity guests weren't their only claims to fame that year. The fair was also recognized by the Western Fairs Association with a first place award in Radio Advertising, and three second place awards for new sponsorship program, new community outreach, and fair animal photos of the livestock area.

"We are very proud of the programs we offer at our fair," said Stanislaus County Fair spokesperson Adrenna Alkhas. "For them to be recognized, such as the free transit provided by the City of Turlock, is an honor and it is wonderful to show our community partners also be recognized."

Over at the California State Fair, CEO Rick Pickering says their marketing and programming efforts are no strangers to top national and international awards.

"Much of this success comes from ongoing efforts to reflect the communities, interests and achievements of Californians," Pickering said.

He said the state fair was the first to present programs like Out At The Fair, the Celebration of Farm Labor, the U.S. Drone Racing Championships, the Youth Mariachi Competition, the E-Sports Gaming Tournament, the State Fair Farm and professional soccer and rugby matches.

"We routinely receive visits from fairs around the Country who are looking to emulate our creative programs," Pickering said.

The list the fairs made reflect the top 100 attended fairs that are voluntary members of the IAFE and reported their attendance for 2019, so it's not intended to be a comprehensive list, according to IAFE CEO Marla Calico. The association has members in the U.S., Canada, United Kingdom, and Australia.

For those California fairs that submitted numbers, here's where they came in: