Jeopardy! via Zoom. That's how people from the Sacramento area auditioned for the popular game show. 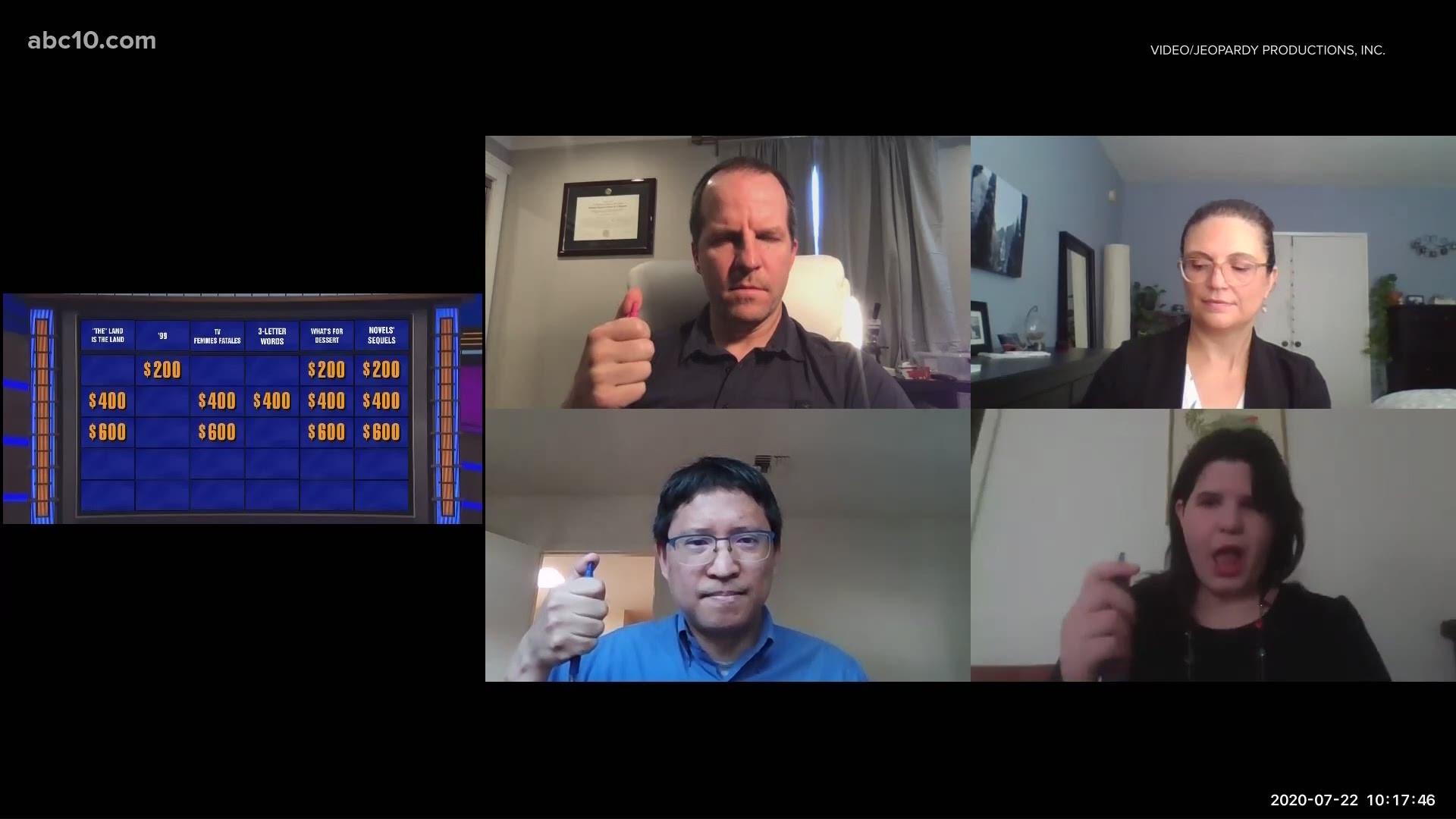 SACRAMENTO, Calif. — The popular game show Jeopardy!, which airs on ABC10, recently held virtual auditions as it prepares to return for a 37th season.

Auditioners showed up on Zoom. They used pens as buzzers and ran through a round of Jeopardy! The auditioners then went through brief interviews with officials from Jeopardy! Ben Tang, a Sacramento-based researcher, was one of several who auditioned. Tang said he's been a fan of the game show since he was a child.

“You know, it wasn’t as nerve-wracking for me,” Tang said.

He’s auditioned for the show three times and hopes to make it to the next round. Auditions for the show were originally scheduled to be held in-person in Sacramento earlier this year, but were canceled due to the coronavirus pandemic.