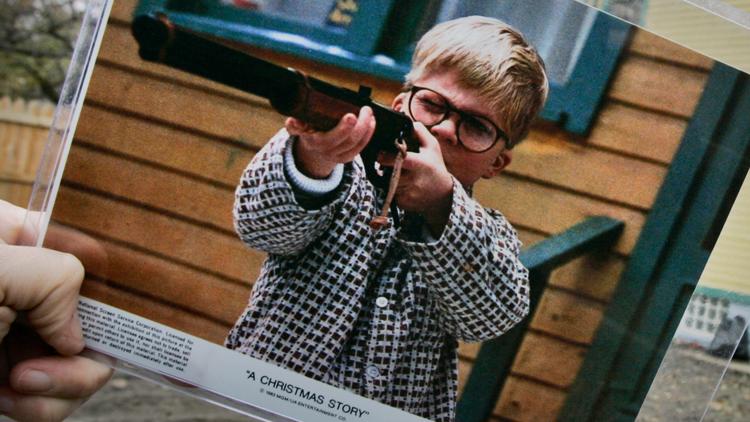 We all know Ralphie from A Christmas Story.

But what you probably didn’t know is that actor Peter Billingsley -- the boy behind the glasses -- grew up to play another role in a different holiday hit.

Today, at approximately 11:19 AM, my life changed forever when I found out this dude from Elf was also Ralphie from A Christmas Story pic.twitter.com/kBVj4fE2RV

Yep. It’s true. Billingsley is also Ming Ming in 2003’s Elf alongside Will Ferrell -- a role he went uncredited for.

Although Elf was released 15 years ago, the realization that Billingsley was in both Christmas movies is now sending social media into a tinsel-drive tizzy.

It's that time of the year again when people find out Ralph from A Christmas Story is also Ming Ming in Elf and it blows their mind.

Watching #ELF tonight. For so long I have thought MING MING looked so familiar... ( why I have never looked him up before is beyond me.. lol) anyway as I am sitting here watching the movie it dawns on me he looks like Ralph! Guess what IT IS!!Duh!!#AChristmasStory #movies 🙃