After years of erosion, Santa Barbara's 'One Thousand Steps Beach Access' is a bit of a misnomer | Bartell's Backroads

Find out how many steps it really takes to get to this Santa Barbara beach and why you should go. 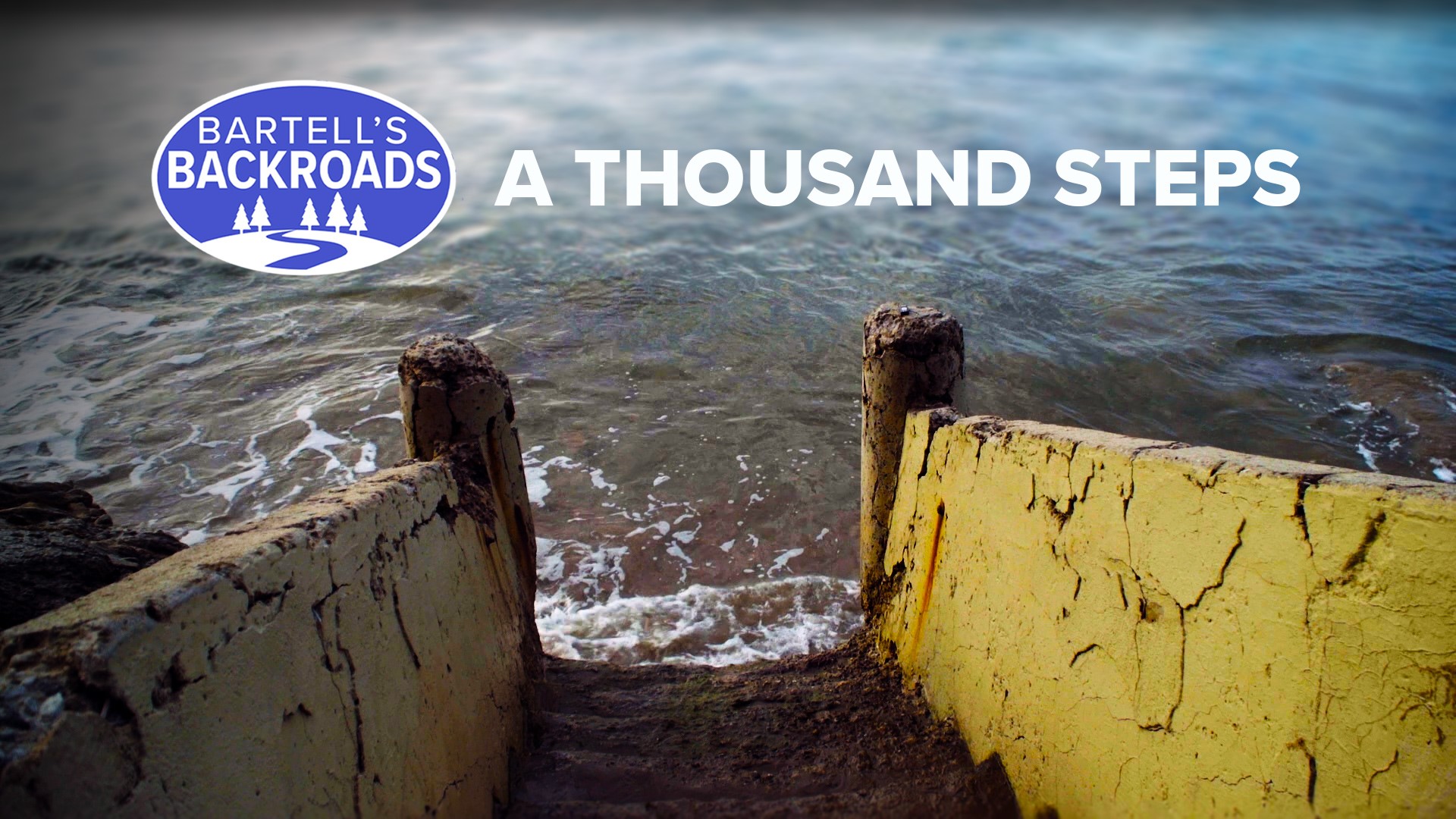 SANTA BARBARA, Calif. — Santa Barbara, California: home to Spanish Missions, the Chromatic Gate, and Stearns Wharf and Marina. You can easily drive to all of these iconic attractions, but there is one place you’ll need a good set of shoes to visit. It’s called "One Thousand Steps Beach Access."

Located on Santa Cruz Boulevard just off the bluff in the East Mesa is the first step on the One Thousand Step Beach Access. When it was constructed in the 1920s it was called "Camino Al Mar" which is Spanish for “Way to the Ocean."

Just a fair warning, the steps are steep and they show their age. The stairs have definitely taken a beating from the ocean and even washed away the bottom steps. As worn out as they are, the steps still safely bring you right up to the water. It’s a perfect spot for snorkeling and lobster fishing.

You’re probably wondering, "are there really 1,000 steps?" Well, it is easy to lose count, but don’t let the sign fool you. The City of Santa Barbara says originally there were 150 steps, but a few were lost to erosion and a restoration project is in the works to bring it back to its former glory.

If the tide is high you can enjoy the view from the top. Visitors get a good look at the Mesa Bluffs and the crescent-shaped coastline. During low tide, the beach really opens up -- perfect for a long run or a romantic selfie during a Santa Barbara sunset.