How the eclectic life of a desert miner became part of the National Park's history. 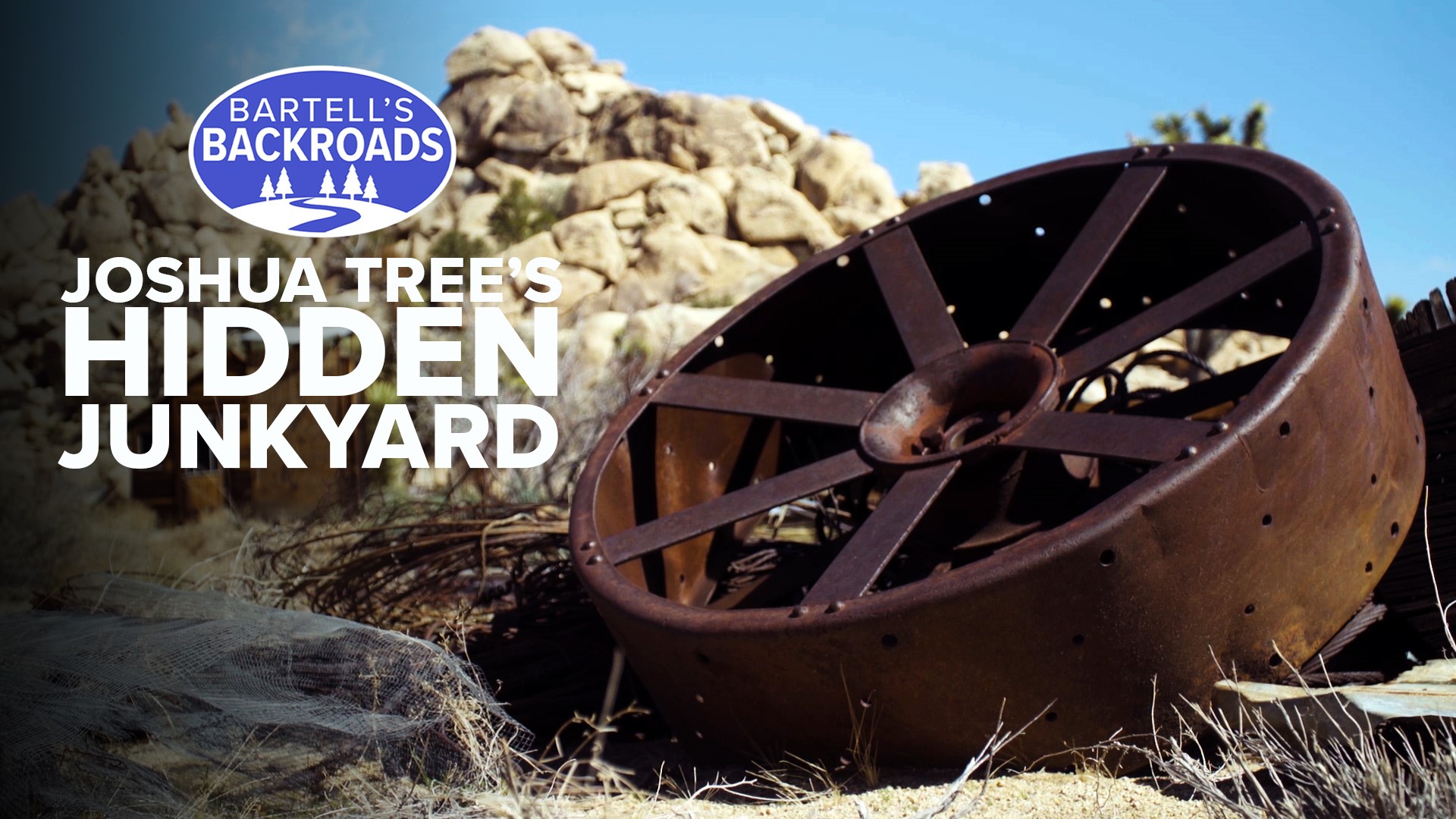 JOSHUA TREE, Calif. — With very few exceptions, the Joshua Tree only lives in the Mojave Desert.

The twisted, spiky plant thrives in the hellish temperatures, high elevations, and low precipitation. In a way, it’s a freak of nature that even the National Park Service Ranger Dave Larson has a hard time explaining.

“They are not a cactus, technically they are not a tree. They land somewhere between an agave and a succulent,” Larson said.

The prickly oddity is by far the main attraction at Joshua Tree National Park and every year, three million visitors head to San Bernardino County and marvel over the beauty of the alien landscape. But there’s one area of the park few people get to see, an area that to the average person, may look less like a national park and more like a junk yard.

“You could say this was a junk yard, yes, but one man’s junk is another man’s treasure,” Larson said.

“He acquired the ranch in 1913, married his wife in 1918 and together they had seven kids,” Larson said.

You may be wondering why anyone would want live in the hot squelching heat of the Mojave Desert, let along raise a family here?

All over Joshua Tree National Park is Granite Quartz Monzonite, a geological feature that often contains gold, but the only way to extract it is with a machine called a stamp mill and Bill Keys owned one of the only stamp mills in the desert.

“His was a single stamp ore mill. This was an apparatus used to process ore and extract gold,” Larson said.

Keys made most of his money processing gold ore for other miners. He also got into the business of scavenging and re-selling discarded items.

These days, just a few dozen people a day are allowed to tour the Keys' Ranch and see Bill's junk collection. The historic site is in a unique are of the park, near one of the only sources of constant water.

When the gold rush came to an end, Keys got into the movie business. His ranch was the site of some little-known Disney movies.

“One of the productions was ‘Chico the Misunderstood Coyote’ and the other was the ‘Wild Burro of the West’ and this shed was built for the production crew’s equipment,” Larson said.

In 1943, Keys got into a dispute with a sheriff's deputy that ended with Keys shooting the deputy to death in self defense. Keys would wind up spending several years in prison, but was later pardoned. He then spent the reminder of his life on the ranch. Soon after his death, the National Park Service took over the ranch and offers limited private tours of the property.

The original McDonald's is a museum in San Bernardino | Bartell's Backroads