Agriculture is 'king' in Kings County, and Hanford is the place to celebrate | Bartell's Backroads

During the day, Kings County works as one of the top 10 food producers in the state. But when the sun goes down, Hanford is the place to party. 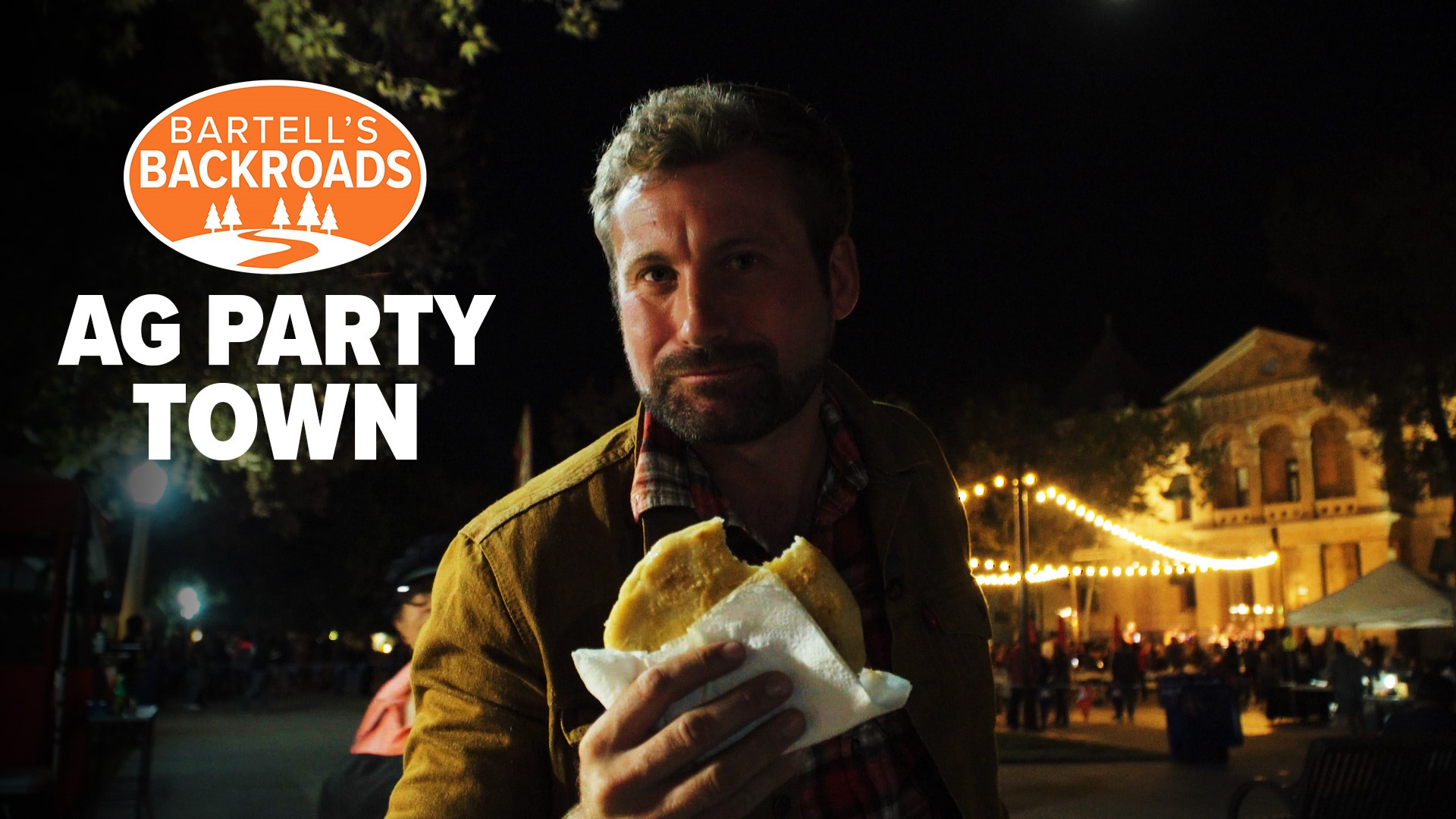 KINGS COUNTY, Calif. — When the sun is out, you can pretty much bet that Kings County is farming. But when the last bit of day light creeps over the fertile fields, it's time to party, according to Jim Castleman, organizer of Thursday Night Market Place.

"It's a party every Thursday night, and it's been going on for 19 years," Castleman said.

That is somewhat of an understatement since Hanford has been Kings County's party town since prohibition ended. The civic auditorium in downtown was a major stopping point for major bands.

"In the 1940s, Duke Ellington, Tom Dorse — they all stopped here," Castleman explained.

Kings County is actually one of the top 10 food producers in the state and Hanford is the place to taste it all. Thursday Night Market place features a farmers market with food from all over Kings County.

In other words, in Kings County, agriculture is king.

A trip to Hanford would not be complete without a ride on the 1932 Allan Herschell Carousel. It's one of about 200 left in the world.

"What Hanford has to offer is the history," Castleman said.

Other than agriculture, history really is Hanford's main attraction. The court house, the jail, the civic center and nearly all the down town buildings date back to the late 1800s.

The best way to see the history is to catch a ride on "Freddie," a 1950 Studebaker Fire Truck. When the city retired it, the truck was converted into a type of tourist transportation vehicle, and when Albert Yarbrough drives, he likes to stop at the birth place of Hanford.

"Rail company wanted to build a track to the coast. That track runs through town," Yarbrough said. The city of Hanford was sort of a gift to a very valued railroad worker named James Madison Hanford. "They told him to pick a place anywhere along the track and name it after himself."

"It's one of the 11 endangered China Alley's in the state," Yarbrough explained.

Across town is the episcopal churches. The small wooden church was moved across town on giant logs. The bricks from the large church came from much further — the 1906 San Francisco earthquake.

If you want to learn about the bloody gun battle between the railroad and farmers, the anti-saloon movement or the sheep camp villages, you can find history on those stories and more at the Carnegie Museum.

Historically, agriculture is "king" in Kings County and it still is today, but don't forget that history was built on the backs of farmers who like to party.