Amboy, California: How Roy's Motel and Cafe is keeping the town alive

Route 66's forgotten postcard pit stop is also the last hope for gas if you travel through the Mojave National Preserve. 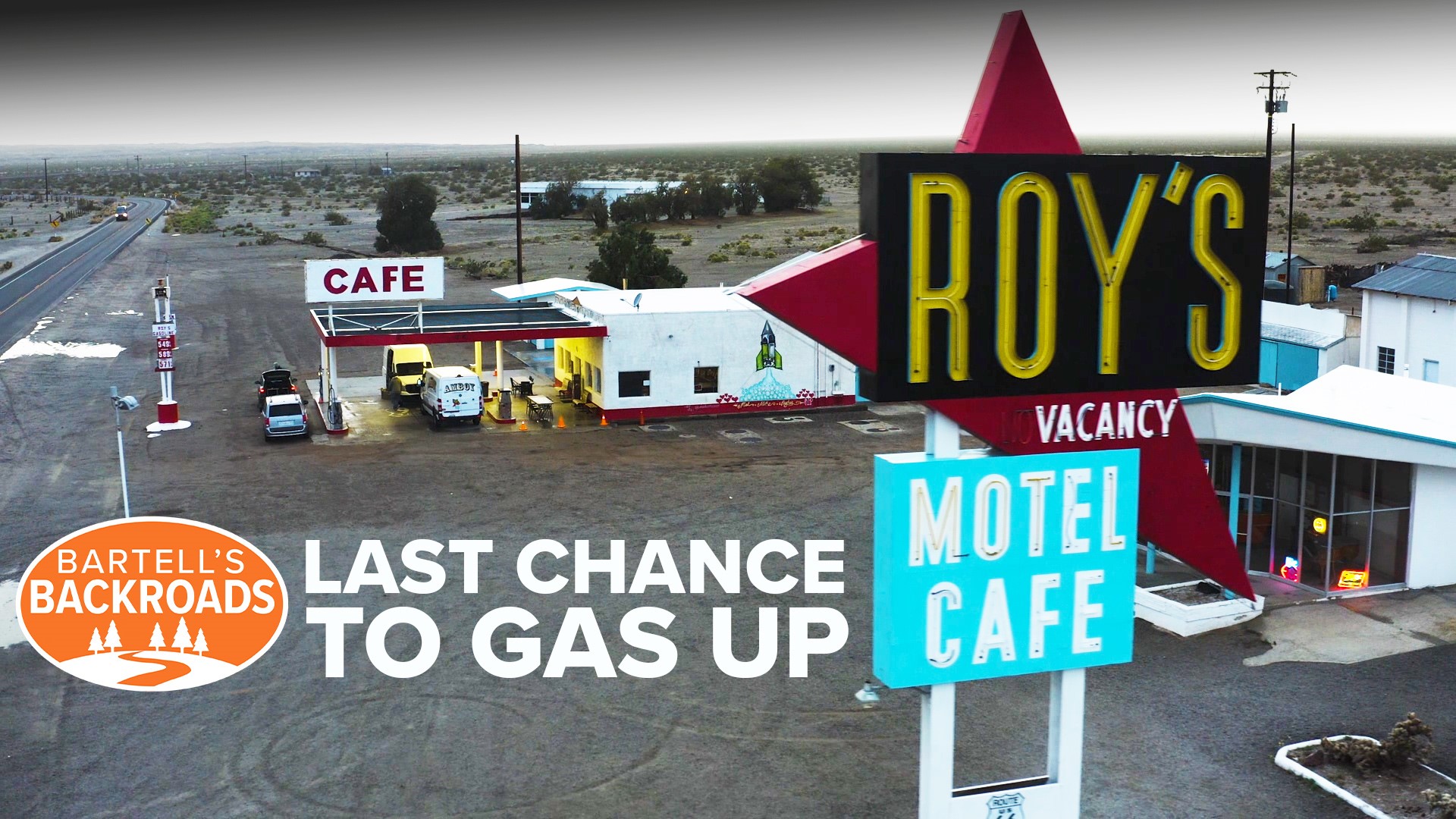 The preserve is more than 25,000 square miles and there is not a single gas station inside the park. But if you are heading south from the visitors center in Kelso and need to fill up, there's hope if you have enough fumes in the tank to get yourself down to Route 66 so you can fill up at Roy’s Motel and Cafe in the desert town of Amboy.

Gasoline is one of the main attractions in Amboy, and if you do find yourself on running on empty, Manny Lopez, manager for Roy's, will gladly fill you up.

“Everybody runs out of gas. They cry ‘Oh, I forgot to gas up,'" Lopez said.

You better hope you didn’t forget your wallet. Gas in Amboy is $5.50 a gallon.

Before you start screaming highway robbery, you need to understand a few things about Amboy.

“This place never had water. We are surrounded by salt mines,” Lopez said.

Sodium Chloride mines, to be exact. Just east of Amboy is Bristol Lake a dry lakebed and an old mining site that produced table salt and  other minerals. The town was established in 1858, but got it’s iconic look in the 1940s, which included a school, church, several businesses and the iconic Roy’s café.

Every time it rains in Amboy, sodium chloride seeps into the underground water table, making it several times saltier than the ocean and undrinkable. Everything that comes to Amboy must be delivered by truck or train, including the water and gas.

It’s always been expensive to live in Amboy, and it became even more expensive when Interstate 40 was built, which bypassed a section of Route 66 and the whole town of Amboy.

“For whatever reason, they left this out, this 40 mile stretch of road,”  Lopez said.

Amboy probably would have turned into a ghost town had it not been for the “Chicken Man” also known as Albert Okura, owner of the Juan Pollo restaurant chain. The self-made entrepreneur purchased the town of Amboy back in 2005 with plans to make it a historic destination along Route 66 and a filming location for Hollywood.

The iconic Roy’s Motel and Café has been the backdrop for numerous films, including "Kalifornia" staring Brad Pitt and "Beneath the Dark" starring Josh Stewart.

“One of the best films was 'The Hitcher',” Lopez said.

Amboy also made big news when the late “Mad" Mike Hughes launched his homemade, steam-powered rocket to prove the earth was flat.

“He went two miles up at 500 miles per hour,” Lopez said, adding he who caught one of "Mad" Mike’s last successful launches in Amboy. In February of 2020, Hughes died just outside of Barstow after his rocket malfunctioned in the air.

Before the movies and the rockets, Amboy served as the postcard pitstop for early travelers on Route 66. Today, the only think keeping Amboy on the map is the people living here, Lopez and the Postmaster Vanessa Paez.

In Amboy, people come and go. That doesn’t help the population, but it is good for business.