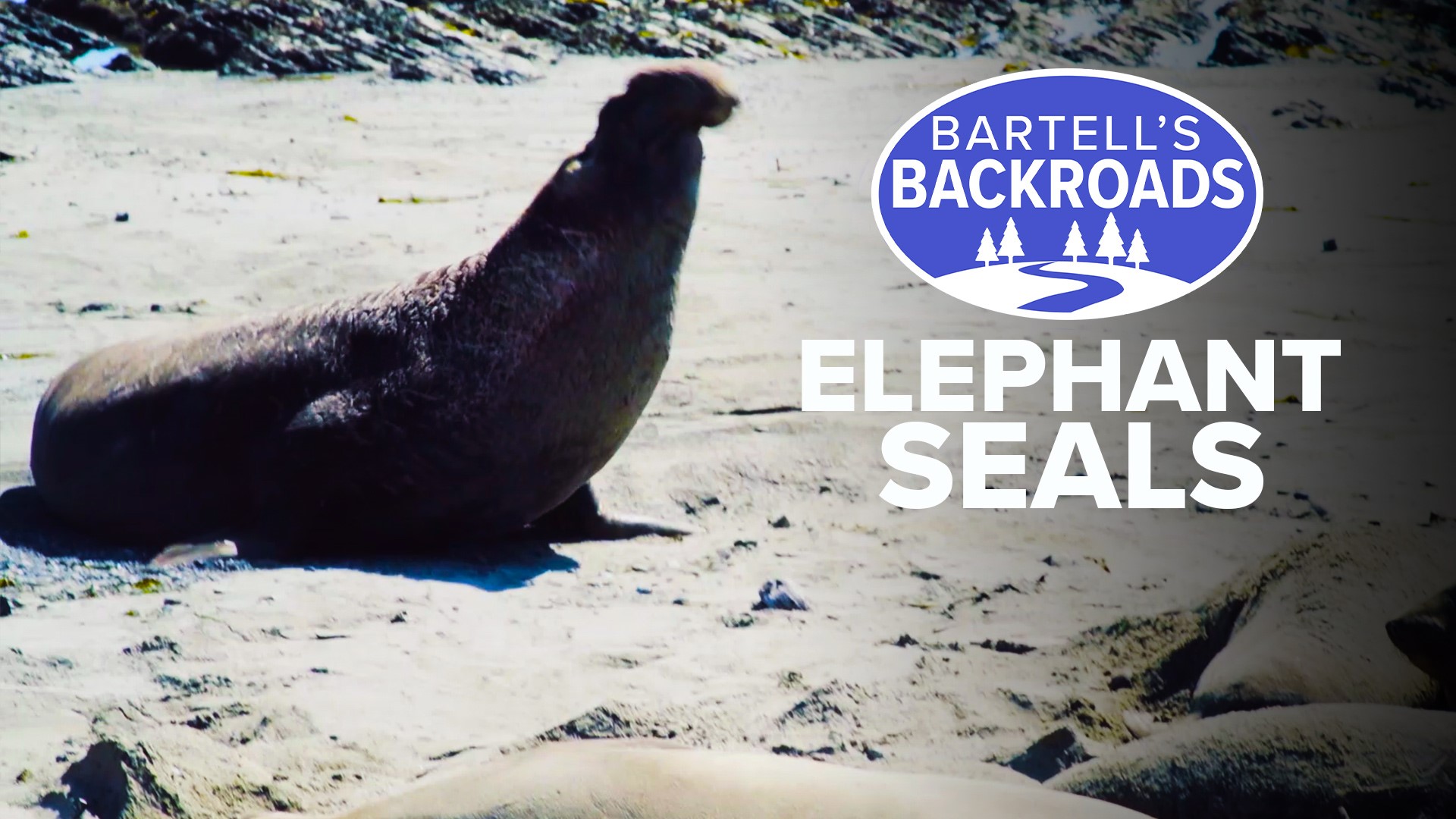 PESCADERO, Calif. — There's something romantic about the Pescadero Coastline.

The picturesque beaches and misty farmland, and if you listen closely, you can almost hear a love song in the air. But, that's no ordinary love song. According to interpreter Kristin Johnson, that mating call is coming from elephant seals at Ano Nuevo State Park.

"Love is in the air every winter," Johnson said. "The mating season is funnily enough around Valentine's Day."

To be honest, the song elephant seals sing is not pleasant to listen to. The deep bellowing barks from the males can be quite intimidating to the human ear.

For some reason, elephant seals decided the beach at Ano Nuevo State Park is a safe place to haul out and go on a diet. Johnson adds the gathering is called a "rookery."

"A rookery is a place where seals haul out, which means to take themselves out of the ocean,” Johnson said. "The food they eat is so far out, they stay here. For a male, that's three months. So, they are here and they are fasting."

Only the biggest and best-looking male elephant seals get to mate. In their world, a good looking male has a large nose, but sometimes the males will just throw their weight to overpower a female.

"It’s aggressive," Johnson said. "In its mind, the more he slams her and slams her, he will keep her still."

When mating season comes to an end a new season starts.

“I call it Weaner Wonderland and that is what we refer to our park in March," Johnson said.

Under any other circumstance the term Weaner Wonderland would probably be a questionable name, but in this case, it's not.

"A weaner not like a sausage, but a weaned pup, which means she has been weaned from his mom and she left because she is hungry,” Johnson said.

From this point on, the weaned pups will have to learn to swim and survive on their own, but most importantly, they have to avoid the males.

To say the least, the love scene at Ano Nuevo State park is intense, but these breeding habits are kind of a miracle. The elephant seal was severely hunted and declared extinct three different times. If it weren't for a few surviving seals and intense rehabilitation efforts, the elephant seal would not be here today.