Before it was a limestone mine, the Mountain Quarries Mine Hawver Cave trapped animals from the Pleistocene era. 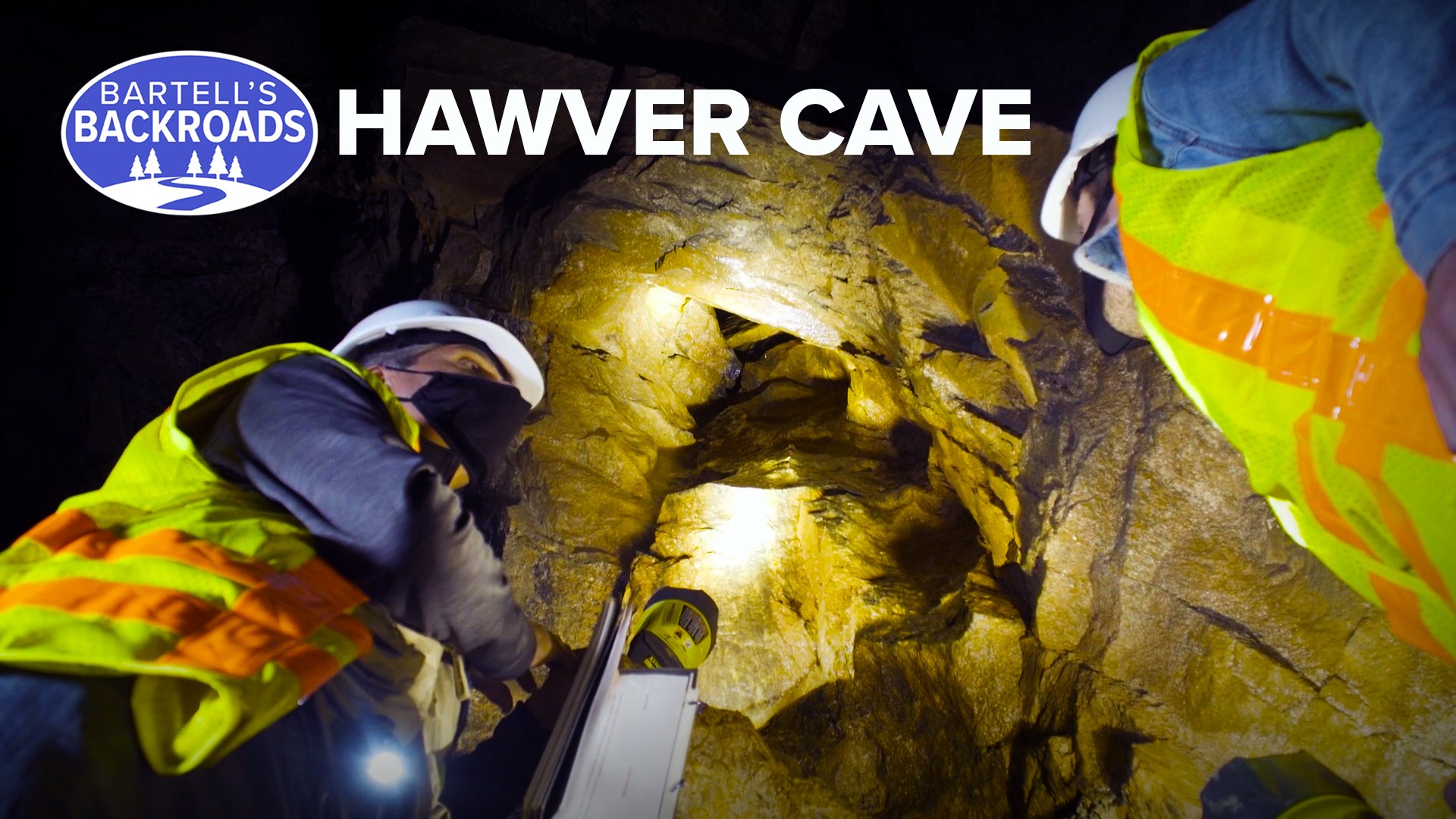 AUBURN, Calif. — In the heart of Gold Country is a hiker’s paradise.

More than 900,000 people visit the Auburn State Recreation Area every year. Visitors are free to explore the steep canyon side, trek along the north and Middle Fork of the American River and walk through grassy meadows.

The one place park superintendent Mike Howard says is off limit though is the Mountain Quarries Mine Hawver Cave... unless you have a guide.

“It’s actually a crime to come in here,” Howard said.

It is dangerous inside the mine. Behind the thick steel gate is a maze flooded with tunnels, dark caverns and steep drop offs. Oh, and it has cave creatures. Manouch Shivanioun is a member of Canyon Keepers, an education and preservation group. He’s says before this was a limestone mine, it was a natural cave that trapped animals from the Pleistocene era.

“I can name a few, Sabretooth cat, wooly mammoth, dire wolf, three different kinds of sloths,” Shivanioun said. “The animals most likely got trapped in this area when they were roaming the caves.”

Bones of the prehistoric creatures were originally discovered by a group of kids exploring the cave back in 1906. At the time, it was not easily accessible. Exploring by candlelight, the kids found the bones and ended up taking them to Auburn dentist and armature Paleontologist J.C Hawver. With help from real paleontologists at UC Berkley, Hawver started digging and exploring the cave.

“They found a total of nine different animals, including wooly mammoth and ground sloths,” Shivanioun said.

The discoveries made headlines in newspapers all over and eventually the cave was named after Hawver, but scientific discoveries were cut short. In 1910, the Hawver cave turned to the Mountain Quarries Limestone Mine.

“In those days, the limestone was used for processing sugar beats and also for road base,” Shivanioun said.

Many of the surrounding roads and bridges were built using limestone from this mine. In late 1960s, the Mountain Quarries 1mine shut down.

Today state parks manages the cave. Plans to open the cave for public tours are still in the works, but the Canyon Keepers have already surveyed and mapped out potential routes. Future tours will include information on geology, the limestone mining and yes, cave creatures past and present.