The massive thermometer was the brainchild of Willis and Barbara Herron -- a local business owner who spent $750,000 to construct it! 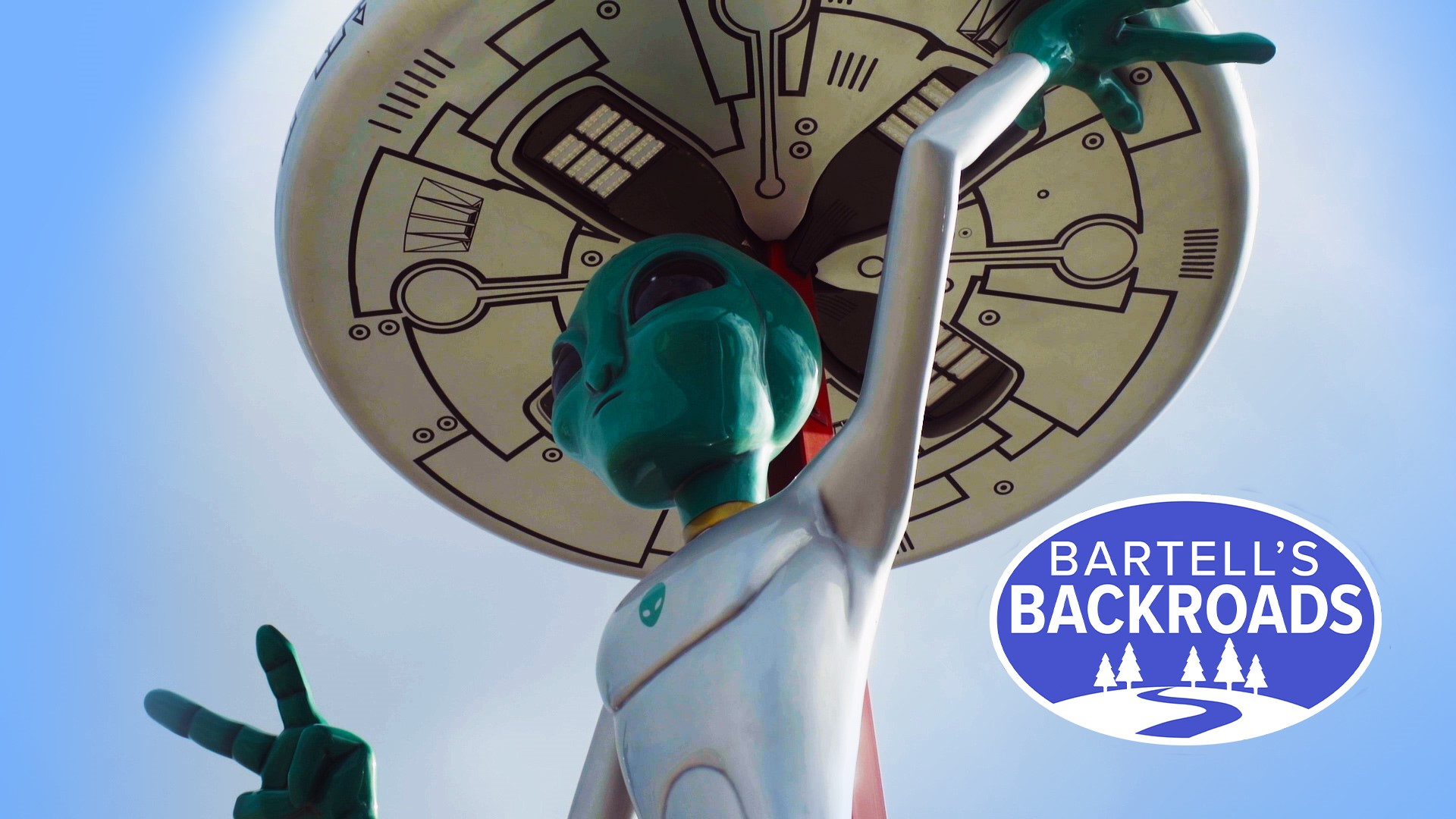 BAKER, Calif. — You never know what you will find on the Backroads. ABC10’s John Bartell takes us to the gateway of the Mojave Desert where he made a pit stop in a town with extreme temperatures.

How tall? 134 feet! That’s not an arbitrary height. It’s a tribute to the hottest temperature ever recorded in Death Valley: 134 degrees Fahrenheit!

The massive thermometer was the brainchild of Willis and Barbara Herron --  a local business owner who spent $750,000 to construct the heat reader next to their restaurant The Bun Boy.

If one tourist attraction wasn’t enough. Just down the road is Alien Jerky -- a massive UFO-shaped souvenir shop loaded with dried meats. If you’re lucky you may find Jim “Jet” Nielsen hanging out in Baker. He likes to show off his 50,000-horsepower jet car. Jet’s claimed a number of land speed records in his younger years, but to pay for gas he sells T-shirts and photographs.

Fuel, heat, and souvenirs. Baker, Calif. is in NO short supply and it’s worth a stop.

If you have any idea where John Bartell should go next send him a message on FaceBook.

WATCH ALSO: A California-coastal town claims it is the artichoke center of the world