How the pandemic hurt not just Preston Castle, but Ione, too | Bartell's Backroads

The Preston Castle was the state’s first boys reform school. It was a tourist attraction, until the pandemic hit. 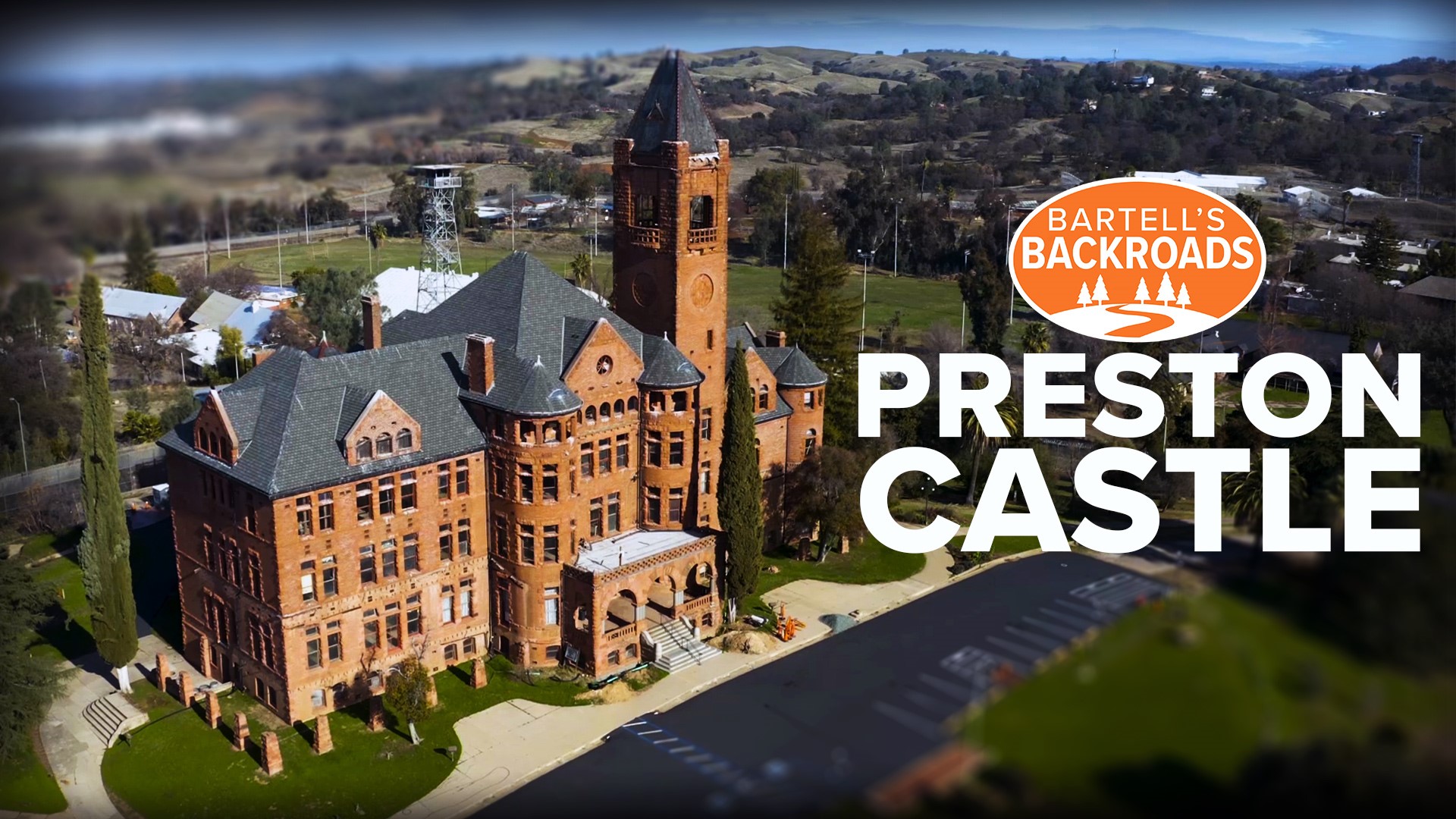 IONE, Calif — The Preston Castle is the first thing you’ll see driving into town of Ione.

A landmark so big it causes curious travelers to make a stop, with shops in town all feeding off the curiosity travelers.

The Preston Castle is more than a landmark in Ione. It’s the town's economic lifeblood and it’s starting to show its age, according to Preston Castle foundation president Karl Knobelauch.

“The foundation has what I like to call the biggest fixer upper in Amador County. It’s five stories and 47,000 feet,” Knobelauch said.

The foundation group is trying to preserve the castle's 120 year history with a renovation project estimated to cost up to $40 million.

“It opened in 1894 as the first youth corrections facility in the state. Before that, youth offenders were housed in Folsom and San Quinten State Prison,” Knobelauch said.

It’s an unusual bit of California history, but the Preston Castle was the state’s first boys reform school. Its program gave troubled kids a second chance by educating them and teaching them valuable job skills. It housed up to 800 juveniles at any one time, some you might even recognize.

“Merl Haggard was an inmate here, so was Eddie Anderson,” Knobelauch said.

The only reason the town of Ione exists is because of the Preston Castle, which employed many of the residents and pumped lots of money into local economy. The castle is so important to Ione that when the castle was scheduled to be demolished in the 1960s, the community battled the state and won the right to preserve it.

Today, the Preston Castle has reverted back to the economic engine it once was. Tours, memberships and an annual Halloween haunted house bring in more than $500,000 a year to the foundation and a steady flow of tourists to Ione.

That is until the pandemic hit.

“We are at zero income. We’ve lost 90 percent of funding,” Knobelauch said.

The effects of the pandemic have taken it toll on the castle and the community. The pizza parlor, the candy shop, the hotel and many other businesses are open in Ione, but state guidelines require museums like the Preston Castle to remain closed.

Since March 2020, fundraising has stopped, and because of that, major renovation projects where halted. A number of break-ins have occurred at the castle. But the biggest concern to Knobelauch and the foundation is losing their volunteers.

“This will be harder to come back from because our prediction is that many volunteers will not come back because they have moved onto other things,” Knobelauch said.

The pandemic negatively effects California landmarks in so many ways, but what’s important to remember it the positive effects those landmarks have on a community.