As early as 11,000 years ago, mammoths, saber-tooth tigers, and even dire wolves not only inhabited City of Angels, they dominated the landscape. 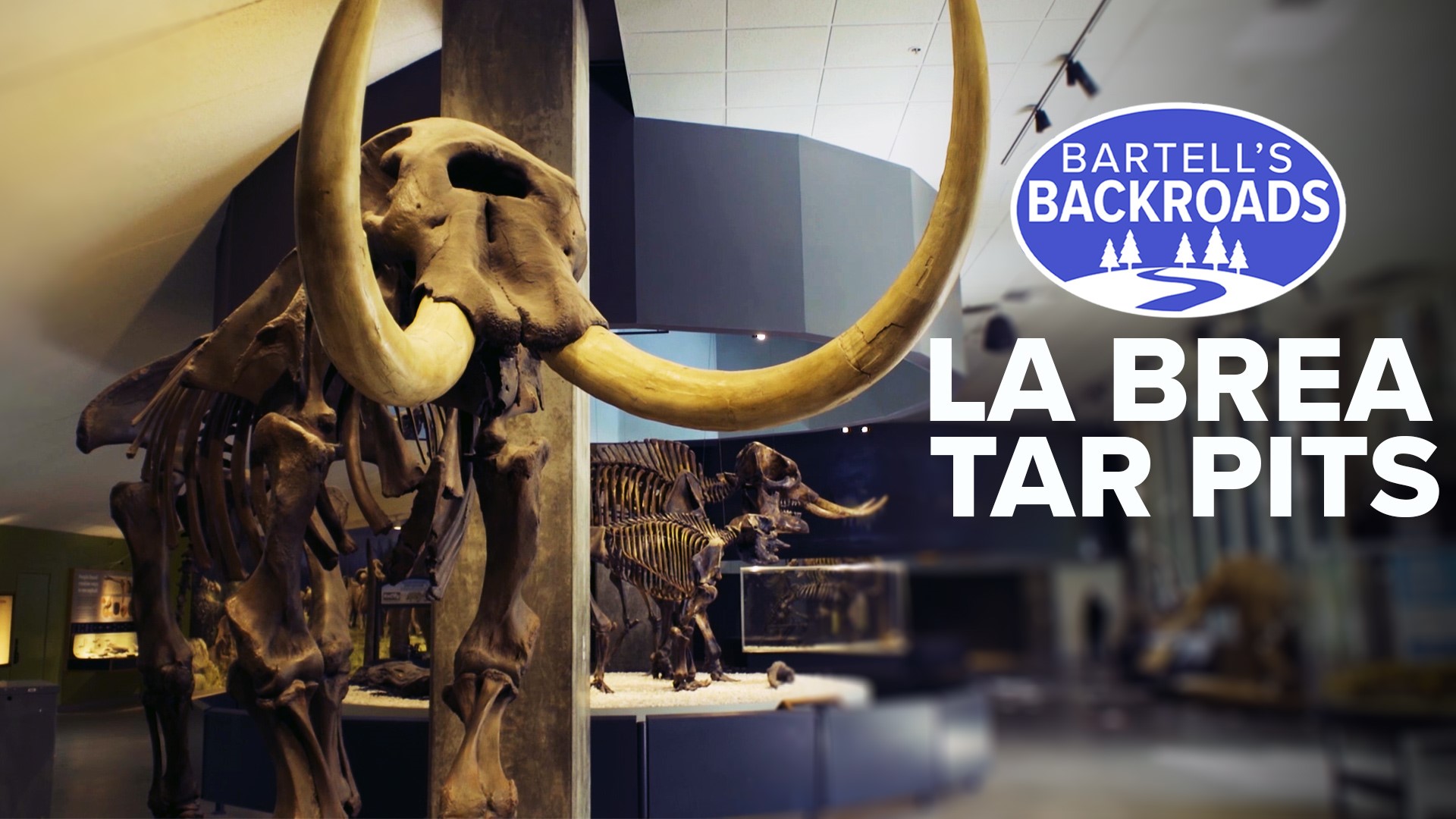 LOS ANGELES COUNTY, Calif. — Amid the traffic, the skyscrapers, and Hollywood stars, it’s easy to forget that Los Angeles was once more than a concrete jungle. As early as 11,000 years ago, mammoths, saber-tooth tigers, and even dire wolves not only inhabited City of Angels, they dominated the landscape.

And you can still see them today at the La Brea Tar Pits. Located in the heart of LA’s museum district is Handcock Park, an area full of dead things, according to Paleobotanist Regan Dunn.

Those fossils are of ancient animals that were trapped in black, sticky goo that can ooze out of the ground anywhere at any moment.

“If you see green cones in the grass you want to steer clear. These are areas where the asphalt bubbles up out of the grass,” Dunn said.

The La Brea Tar Pits don’t exactly contain tar. It’s actually a low-grade asphalt seeping out of underground petroleum deposits. The stuff is good for a few things like building roads, waterproofing roofs, and, in this case, science. Asphalt does a really good job of preserving fossils.

While construction workers were digging up the parking lot next door to the La Brea Tar Pits, the workers discovered several hardened asphalt fossil deposits. Researchers removed the deposits and put them in 23 wood boxes so they could go through the tedious job of exhuming the bones.

“There’s a bunch of animals in here. We do know that there is at least one sloth in here,” Dunn said.

All the animal bones in those boxes are mixed up and stuck together. To remove the fossils, preparers must use chisels, picks, and brushes to carefully extract the bone.

“We have gone through eight of the 23 boxes in a 14-year time period,” Dunn said.

Once the bones are removed, they categorized and cleaned, then pieced together by skilled staff.

“From the ground to the display, it could take three years,” Dunn said.

Inside the museum, you can see all the work accomplished since fossil excavation at the pit first started in the early 1900s. Birds, giant sloths, dire wolves, and even human remains have been pieced together.

“She was dated to about 9,500 years. We also found a domesticated dog,” Dunn said.

The tar pits are like time capsules. They don’t discriminate. They’ve consumed all types of plants and animals from every time period - including the present. Birds and other small animals frequently get over the fence and into the tar pits and die in the sticky black goo.

The pits are unforgiving when it comes to death, but in a way, the legacy of whatever species that is consumed here will forever live on, preserved in tar.