Redwoods are resilient, and though we may not see it in our lifetime, Big Basin will bounce back. 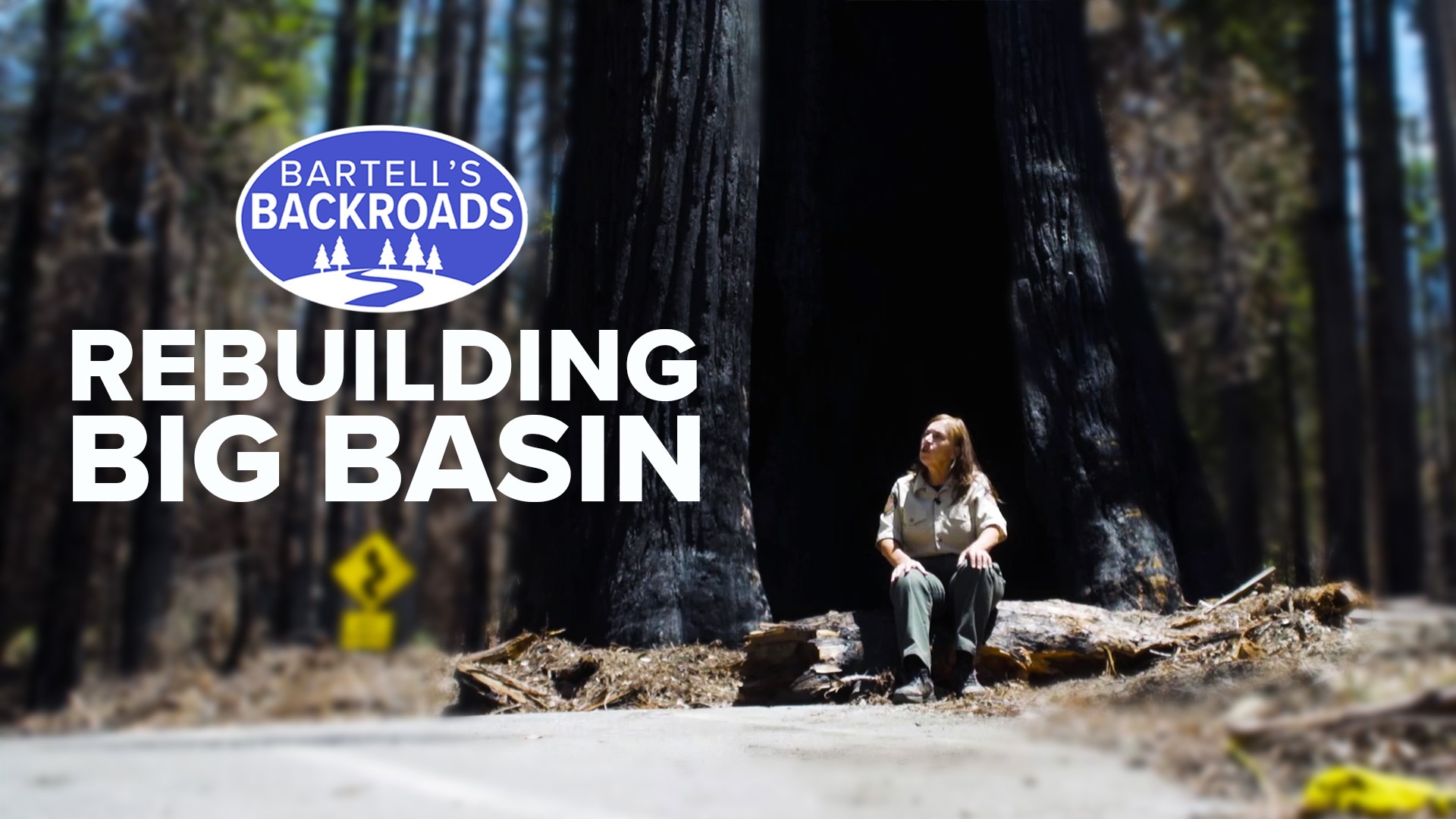 The 86,509-acre fire started on August 16, 2020, following a massive thunderstorm. More than 12,000 bolts of lightning rained down on Santa Cruz and San Mateo County’s starting a series of wildfires that would merge to become known as the CZU Lightning Complex fire.

Outside of Big Basin, more than 1,400 structures were burned over the course of 38 days. Roughly 100 historic buildings burned to the ground inside California’s oldest state park. It’s estimated to cost more than $180 million to remove debris, repair trails, and rebuild historic building like the Headquarters Lodge that was built in 1930.

Senior Environmental Scientist Joanne Kerbavaz said among the artifacts lost in these buildings were irreplaceable historical records and art pieces and an entire museum.

“I grew up coming to Big Basin as a little girl. So, I remember these facilities, and this headquarters area,” Kerbavaz said. “The irony is that the contract had just been completed for the news exhibits to go into this museum.”

Credit: ABC10 news
A before and after look at the historic headquarters lodge at Big Basin Redwoods State Park. The CZU Complex fire ripped through the park one year ago.

Big Basin was founded by a group of conservationists in 1902. Their goal was to preserve the last remaining old growth Redwoods from being logged. Some of these ancient giants are more than 50 feet around and have survived multiple wildfires that go back thousands of years.

Redwood bark is naturally fire resistant, but when flames reach the trees' wooden cores or root systems, large cavities called chimneys can form. The “Auto Tree” is an iconic Chimney Tree big enough for cars to park inside. It survived many wildfires, but during the CZU Fire, ground crews almost cut it down for safety reasons.

“Fortunately, there were enough of us with state parks working with these crews that we could ask that some of these special trees be re-evaluated,” Kerbavaz said.

All around the park, dead oak and conifer trees are being cut down so they don’t fall on visitors when the park re-opens and in some areas, rangers have discovered the CZU Fire is still slowly burning inside tree trunks.

“We do expect that we might lose up to 10% of the tree,” Kerbavaz said.

Rancho Del Oso, a small sliver of the costal part of the park is now open to the public but the vast majority of Big Basin is months away from reopening. And when it does, it will look much different.

“The problem for visitors is the human side. It’s the infrastructure and hazards. As far as the forest it is already recovering,” Kerbavaz said.

Redwoods are resilient, and though we may not see it in our lifetime, Big Basin will bounce back.

“Redwoods can grow 3 to 10 feet a year and they will achieve a majority of their height in 100 years,” Kerbavaz said.