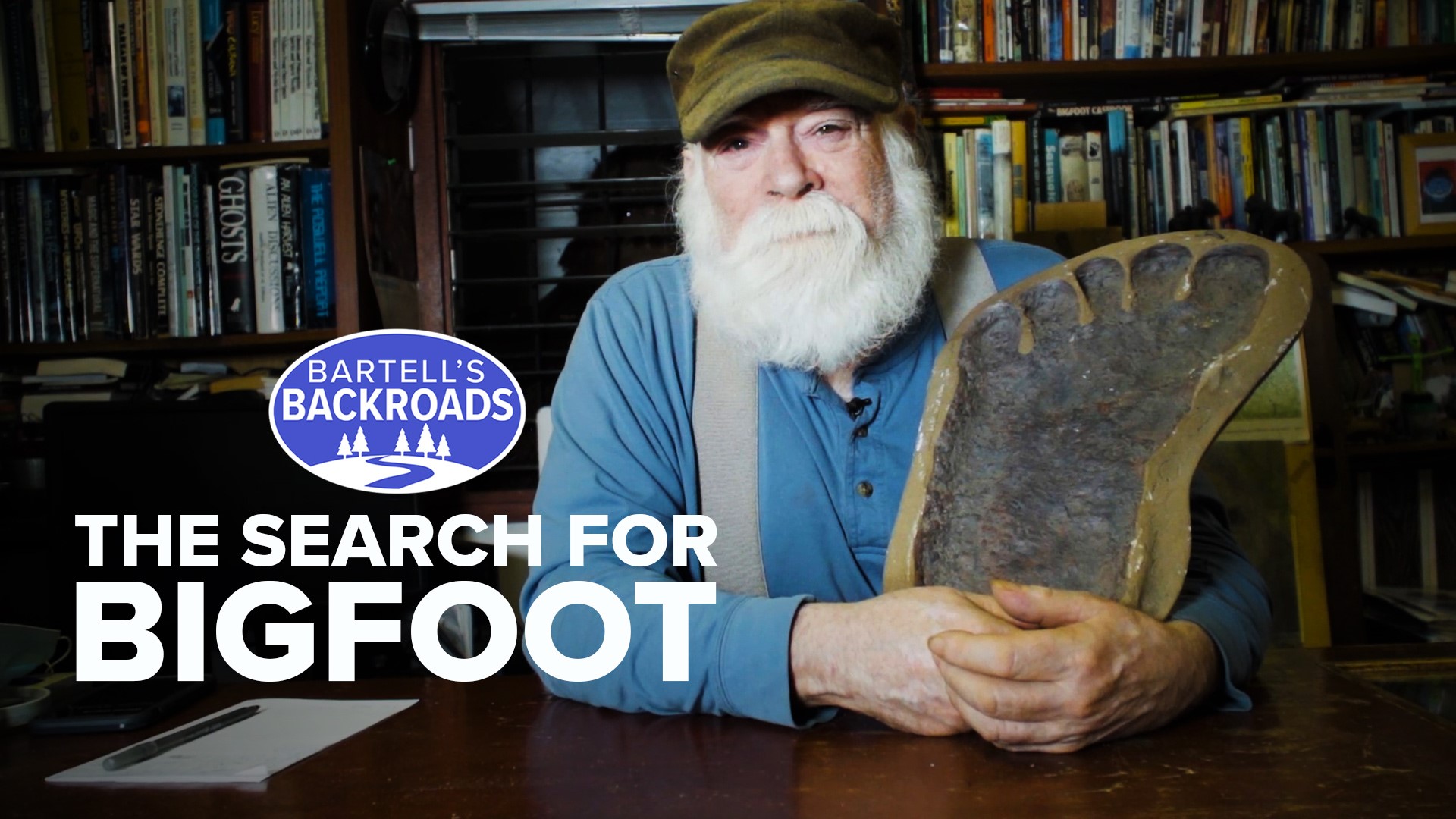 FELTON, Calif. — Deep within the forests of Santa Cruz County is an elusive creature that very few people have heard, let alone seen. That creature is Bigfoot and for the better part of his adult life, Michael Rugg has been working to get a recording of the man/animal.

And a few years ago he got it.

“We set up our audio recorder and just then we heard a scream. It was exciting,” Rugg said.

The video is a little blurry and the sound is faint, but Rugg regularly shows it to visitors at the Bigfoot Discovery Museum in Felton.

Since 1952, Rugg has been collecting Bigfoot evidence and memorabilia from all over the world. The former graphic designer left Silicon Valley shortly after the dot-com bubble burst in 2001.

After that, he moved into his father’s work shop off Highway 9 and began curating the Bigfoot Discovery Museum.

“I decided I’m not going to have an art studio," Rugg said. "I’m going to be the Bigfoot guy."

Rugg became more than the “Bigfoot guy,” he became a dedicated researcher and historian, all thanks to Life Magazine.

“It all started with the Yeti in the Himalayas. In 1952, there was a big spread in Life Magazine," Rugg said.

Yeti, Bigfoot, sasquatch, the elusive creature has many names, and over the years, believers have made the pilgrimage to the Bigfoot Discovery Museum to swap stories and learn a thing or two.

“There is a big misconception that there is only one Bigfoot,” Rugg said.

Not everyone agrees with the idea of bigfoot and not everyone respects Rugg’s museum. In November 2020, someone stole the wooden bigfoot statue that stood at museum entrance.

“It created so much publicity, whoever stole it figured they should get rid of it,” Rugg said. The theft made headlines in several news outlets and not long after the statue was stolen, the Scotts Valley Police found the wooden bigfoot abandoned alongside a country road.

Rugg isn’t trying to change the minds of sceptics. Quite the opposite. Most people who come inside the museum are already believers and supporters of his research.

In fact, at the height of the pandemic, Michael announced he was closing for good due to lack of revenue, but Bigfoot believers from around the world were able to raise enough money for him to re-open for sceptics and non-sceptics to enjoy.

“[It] feels great! Nothing better than to have people acknowledge what you are doing by giving up some of their hard-earned cash," Rugg said.