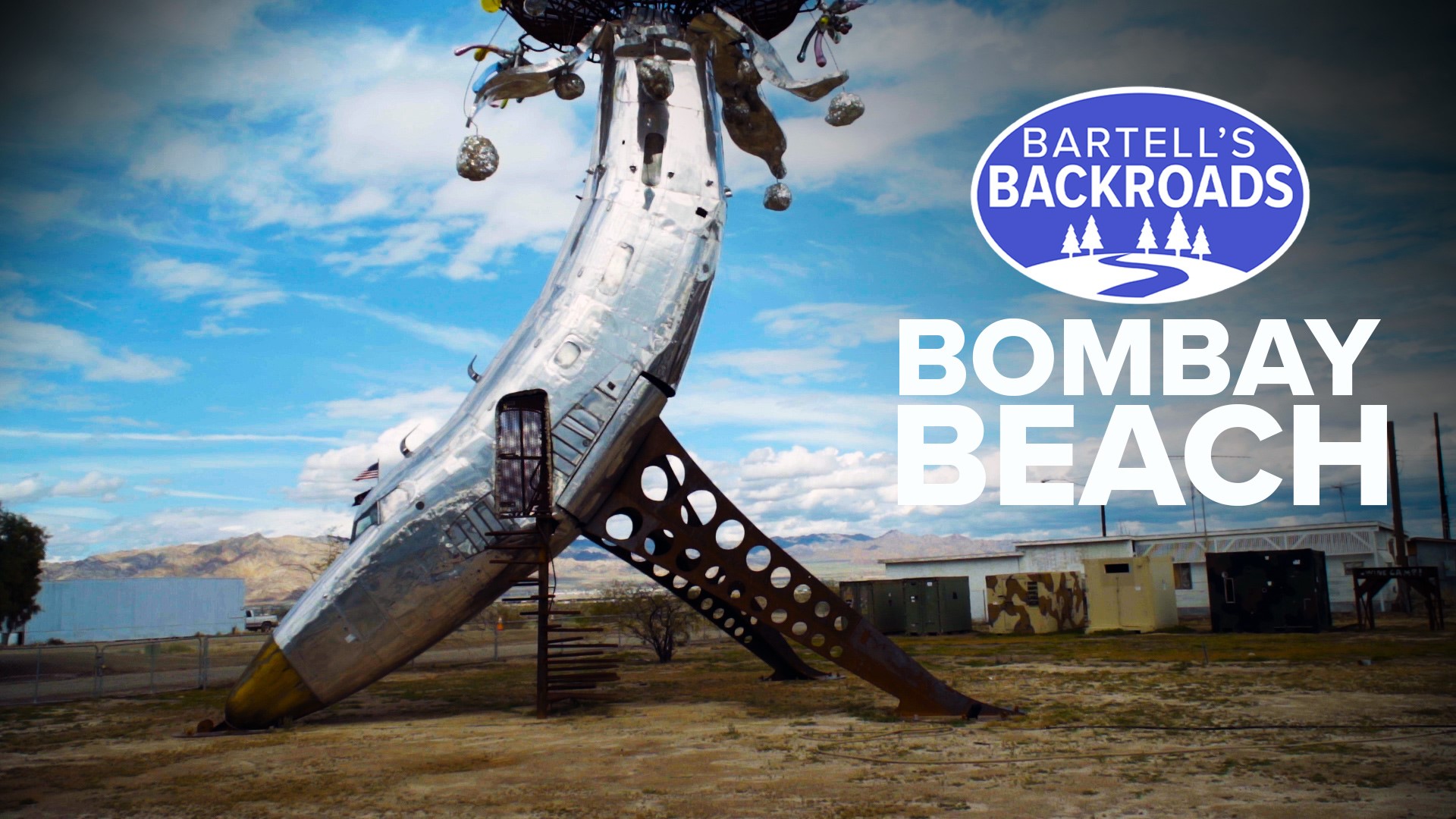 BOMBAY BEACH, Calif. — At first glance, Bombay Beach really looks like an area decimated by bombs. You might even mistake it for an environmental disaster. You certainly wouldn’t think the town is a vacation destination.

But, if you take a second look at Bombay Beach, you’ll find a place that's all of these things and a whole lot more.

It’s been decades since military planes blew up anything at Bombay Beach. In fact, the only plane you will find in these parts is a giant art installation that resembles a World War era plane called the Load Star. These days, artists like Rebel Dharma inhabit the desert town, who just a few years ago, started the Bombay Beach Arts and Culture Center.

“It’s just freedom out here to do what you want,” Dharma said.

Among the dilapidated trailer homes and the baron beaches are a number randomly placed art installations, many of which were once part of Burning Man. Bombay Beach sits on the eastern edge of the Salton Sea. Before the new age art renaissance, the town was a vacation paradise.

The Ski Inn was built in a rather unique location, too.

“[It's] the lowest bar in western hemisphere, 230 feet below sea level,” Herbert said.

It’s a fun fact, but the elevation has created numerous problems for the town of Bombay Beach.

“The sea started to rise so we had to put a berm around the town,” Herbert said.

The Salton Sea is essentially a big hole in the ground. It’s the state’s largest sea. At it’s surface, the water is more than 235 feet below the Pacific Ocean. It’s average depth is less than 30 feet and it sits directly on top of the San Andreas Fault.  A millennia of flooding and drought constantly impacted the sea’s water levels. Farming irrigation and water diversion have only made things worse. Fish are now dying and the sea is going dry.

“The town went down to almost a ghost town,” Herbert said.

Had it not been for the artists and the eye catching installations, Bombay Beach would have turned into a ghost town.

“It just got better and better," Herbert said. "They bought up all the abandoned homes and fixed them up so its been a really good resurgence for the town."