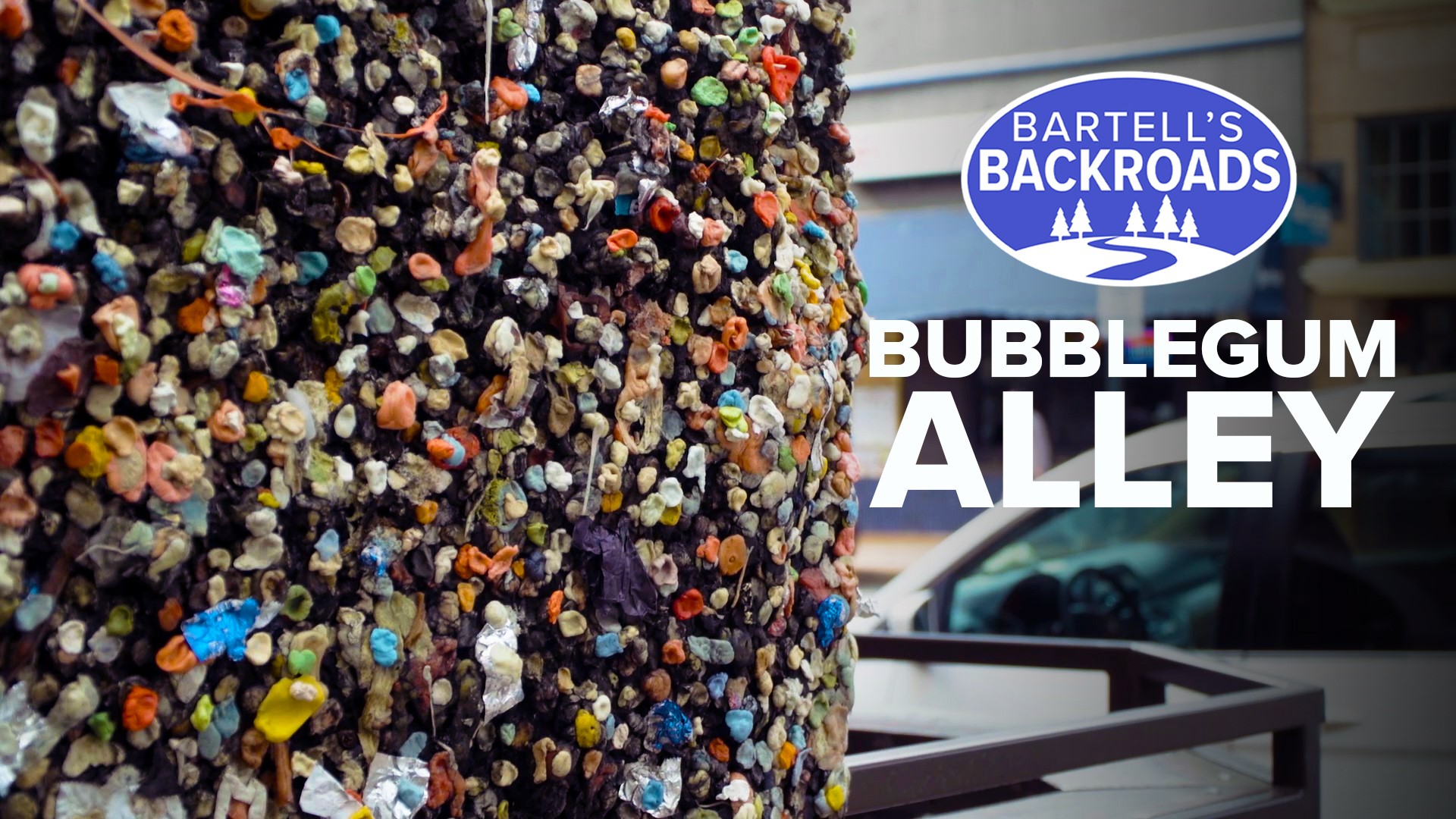 SAN LUIS OBISPO, Calif. — Locals call it SLO, but for visitors to Downtown San Luis Obispo, it’s a busy shopping destination rich with restaurants and entertainment, and at the center of it all is Bubble Gum Alley.

Located on Historic Higuera Street and tucked in-between a boutique clothing store and the Blast 825 Taproom is the most germ filled wall you’ll probably ever see.

“[It] smells like fruity, minty bacteria down here," Blast 825 Taproom manager Allie Smith says with a laugh. Smith actually sells gum to visitors just so they can stick it on the wall.

Standing 15 feet tall and more than 70 feet long, every square inch of the alley is covered in multiple layers of previously chewed gum.

“Sometimes, when it rains it will knock a bunch of gum off the wall, then it will run down the ally and pile up in a giant wet gum ball,” Smith said.

The history of Bubble Gum Alley is unclear and highly debated. According to the San Luis Obispo visitor’s bureau, some believe it started in the 1950s with a rivalry between high school students and Cal Poly students. Others believe high school grads started the sticky tradition after World War II.

Since the 1970s, the wall has only been cleaned twice. Once, then again according to the visitor’s bureau, but when business owners asked for a third cleaning they were for some reason denied. That’s probably because Bubble Gum Alley was attracting positive publicity from television shows, news articles, and even actors.

“Rainn Wilson [of 'The Office'] came here. I wasn’t working at the time. I really wish I was,” Smith said.

In all its disgusting glory, Bubble Gum Alley is kind of a communal art piece. A place where tourist can leave their mark. Just make sure you bring hand sanitizer.