He went against Nashville and changed country music forever. 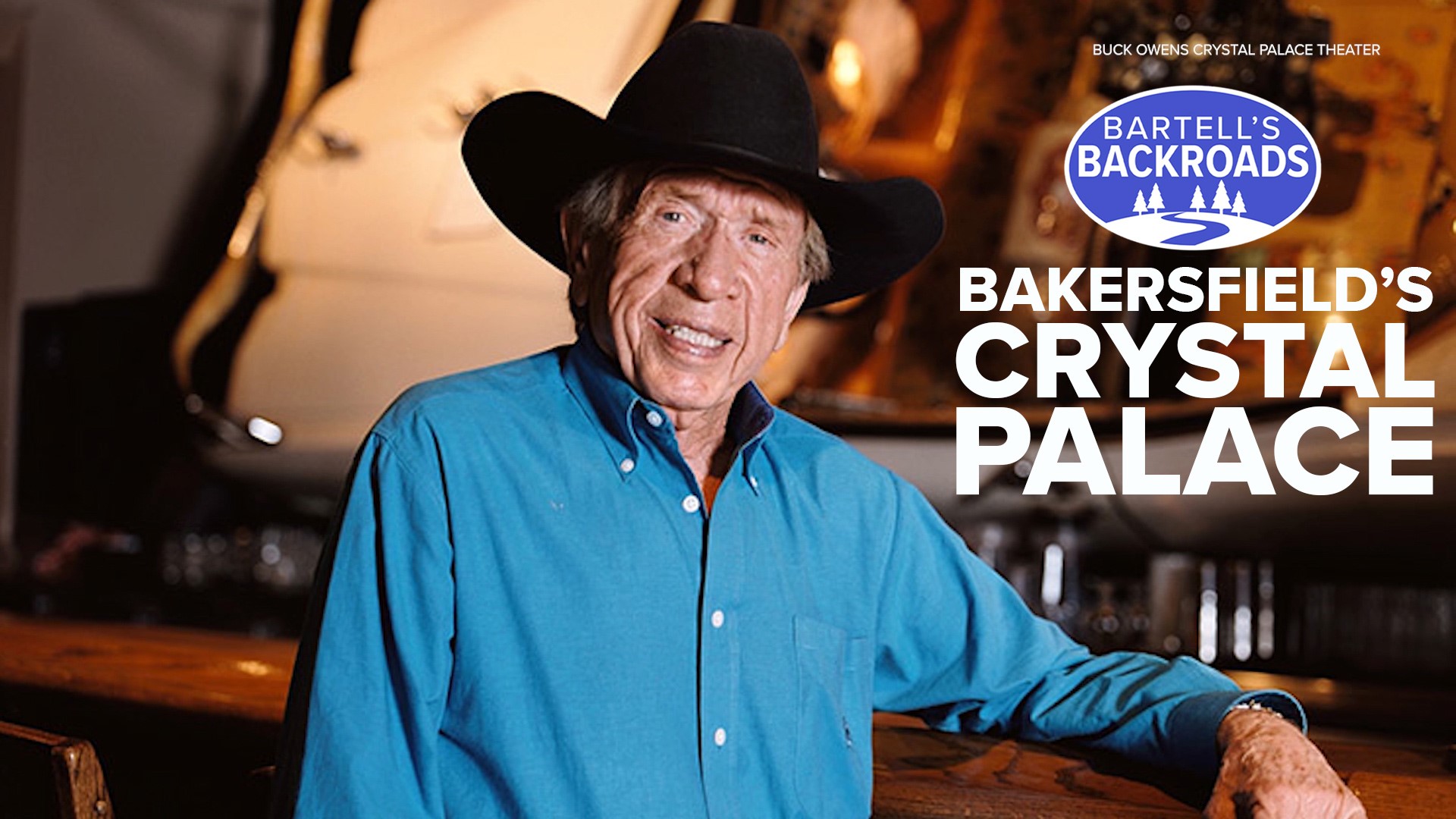 BAKERSFIELD, Calif. — When you enter Bakersfield, listen closely because there’s a certain sound. A sound distinctive to the city. A sound that still resonates at the Buck Owens' Crystal Palace.

The concert hall, dance floor and museum dedicated to preserving the progression of the Bakersfield sound and the man who started it all: the late Buck Owens.

Born at the start of the Great Depression in August 1929, Buck Owens was an aspiring Country musician and the son of Texas Dust Bowl farmers. After, years of picking guitar in farming camps and honky-tonk’s throughout Texas, Arizona and California, Buck landed in Bakersfield where he developed his signature sound.

That sound would ultimately lead to the formation of Buck Owens and Buckaroos, a band pianist Jim Shaw says went against the country music ways of Nashville.

“Buck was supposed to use the recording musicians in Nashville, use the songs they published and Buck said no,” Shaw said.

Buck’s decision to stay in Bakersfield and do things his way ultimately landed him 21 Billboard toping hits and a spot on the hit television show "Hee Haw."

“Buck was on the show with us, the Buckaroos, for 17 years,” Shaw said.

Showmanship was a big part of Buck’s act and now colorful cowboy suits line the walls of the Crystal Palace Theater. Not only was Buck a singer, TV star and fashion icon, but he was also a businessman. He owned radio stations and he’s one of the few artists who managed to gain ownership of all of his songs at the end of his contract.

“He was a real hard worker, a perfectionist and really demanding,” Shaw said.

Before his death in 2006, Buck built the Crystal Palace Theater where he sang at nearly every show along with some of the biggest stars in County music.

The Bakersfield sound changed the music industry, paving the way the way for singers like Merle Haggard, Johnny Cash and countless other artists.

“He never asked anybody to do something he wouldn’t do. He got up earlier and stayed later and if you could hang in there with him it would be the best thing to happen to you. He gave me a great gift. I’ve had a wonderful life,” Shaw said.