Grab a drink at the 'oldest saloon in California' | Bartell's Backroads

Iron Door Saloon in Groveland claims it's California’s oldest continuously operating bar. True or not, raise a glass at this historic bar. 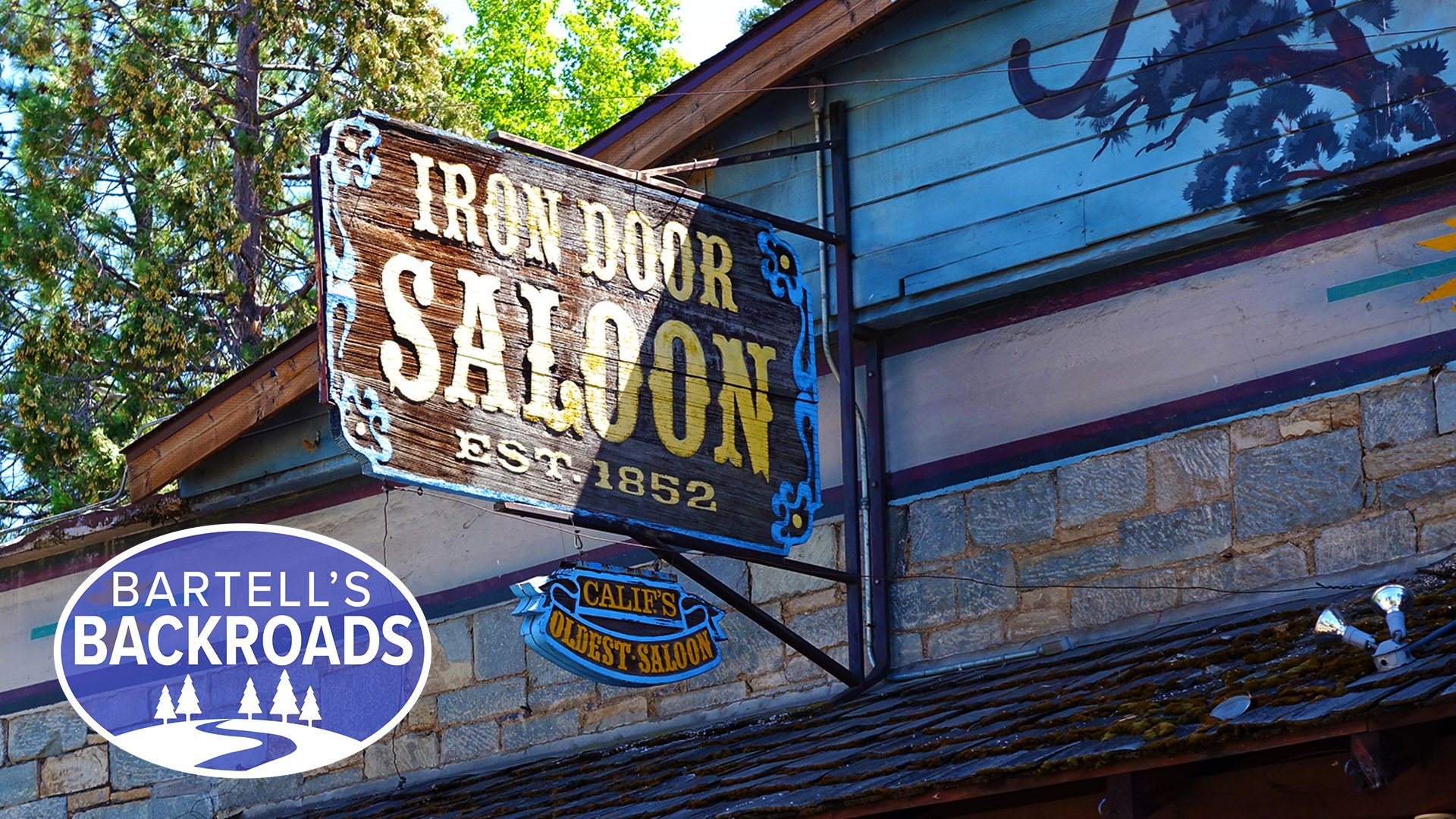 GROVELAND, Calif. — If you listen closely, you can still hear the gold miners of Groveland, California's past. Today, the little mountain town is the gateway to Yosemite, but In 1852, Tuolumne County was a rough place to live.

Brothels, gambling and shootouts were common place. At the center of all that roughness was the Iron Door Saloon. A historic watering hole that has one claim to fame according to bar owner Chris Loh. “It’s California's oldest continually running saloon,” says Chris.

Loh and his wife own the saloon, but there is no way to actually confirm continual operation of the bar because technically operating a bar during the 1930's prohibition was illegal. “In the basement of the Iron Door they did hide alcohol during prohibition,” says Chris.

Historical accounts often mention illegal bootlegging in the Iron Door. So, continual operation may be true.

The bar was established in 1852 and it survived all these years because of one thing. The bars distinctive iron doors.

Credit: ABC10/KXTV
For over a century, these iron doors protected the community.

Elisabeth Barton is a historian and tour guide with Eco Adventures and she explains the doors were installed to help with fire suppression. “If a fire was to come through town, people could bring their mule, their mining claim, whatever else they wanted to protect, into the Iron Door Saloon and close the doors for protection,” says Barton.

The iron door building is mostly made out of rock and adobe. "In the early 1920's there was a fire that damaged the roof, but the doors kept the bottom safe,” say Barton.

The iron door wasn't just a safe place to get a drink, it was also known for its other accommodations. “Upstairs it was a brothel,” says Loh. That part of the business is no longer active.

Today, the Iron Door Saloon is a family friendly place, the old brothels are now for musical performers to sleep in, but that’s not to say this bar hasn't forgotten some of its rougher patrons, like Mr. Black Bart. "He was a stage coach robber that left behind poetry,” says Barton.

OK, maybe Black Bart wasn’t that rough, but he is part of the legacy and traditions that keep people coming back.

The Iron Door is open year round to visitors on their way to Yosemite.

If you stop by, be sure to write your name on a dollar bill and pin it to the ceiling. It’s an old tradition that can only be explained if you visit.

RELATED: How California's flag got its iconic bear | Bartell's Backroads

WATCH MORE: Wild horses of Surprise Valley, California will take your breath away