California's protected islands, a footprint to the past | Bartell's Backroads

Channel Islands National Park gives a glimpse of what California used to be with a rugged terrain isolating different plants and animals found nowhere else on earth. 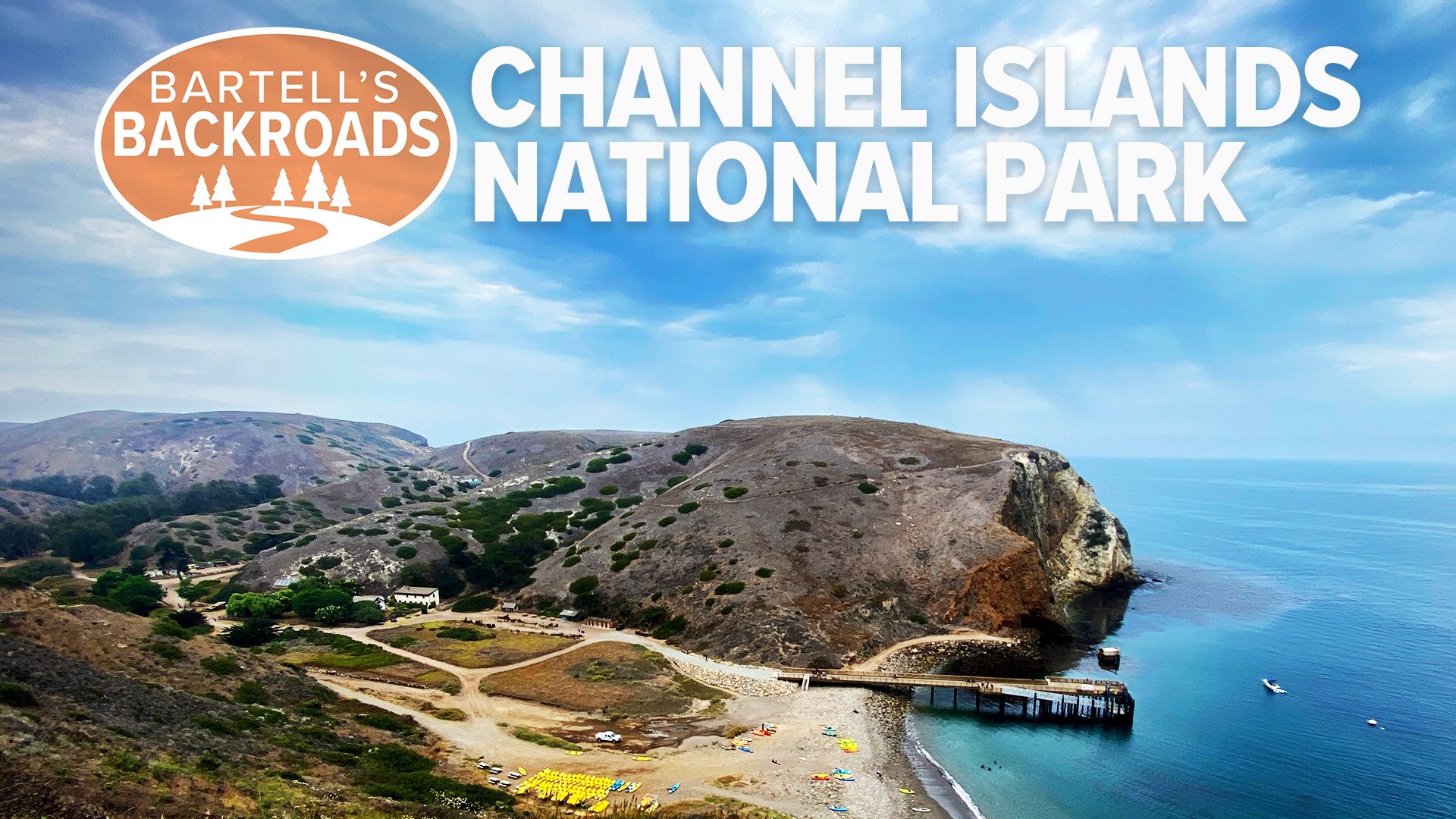 CHANNEL ISLANDS BEACH, Calif. — Just 18 miles off the Ventura Coast, protected by the wind, the sea and the fog are five islands that bare a glimpse of what California’s landscape used to be. These islands are part of a protected marine sanctuary called Channel Islands National Park.

It would be difficult to visit all five islands in one trip, but if you want to experience the largest and most diverse, you may want to take a tour of Santa Cruz Island with 20-year park veteran docent, Catherine French.

“The island was made by volcanic activity, but we don’t have any volcanoes out here,” French said.

A mountainous island formed on top of a massive fault line; Santa Cruz Island was actually never part of mainland California. Its rugged terrain isolated nearly 60 different plants and animals found nowhere else on earth and that includes the sneaky and fearless Santa Cruz Island fox. Just a warning, if you do decide to visit, keep an eye on your food or the fox might just run off with it.

The native people French is talking about were the Chumash communities and they lived on the island for more than 13,000 years until Spanish explorers exposed them to diseases.

The surviving members of the Chumash tribe were relocated to mainland California and shortly after ranchers and sheepherders moved on to the island.

Overgrazing and the introduction of invasive species put a strain on the island’s natural plants and animals. As farming became less profitable homesteads and equipment were abandoned along with some of the livestock like pigs.

“With pigs and all, it was 5,500 animals competing with our little foxes for food.”

After the National Park Service took over the Channel Islands, they removed the pigs and began extensive rehabilitation and protection efforts.

Today, the island is showing great signs of recovery. Even the surrounding water was protected helping to spawn a great kelp forest that provides habitat for all sorts of marine life including birds who nest on oddly colored white rocks.

“Well, we like to call it white snow. People say ‘really?’ and I say 'No. It’s guano — leftovers from what the birds ate.'”

The feces-covered rock outcroppings actually pump lots of nutrients into the ocean. It is not recommended that you get close, but you can take kayaks all over the island to see the nearby caves and marine life. Or you could hike the many trails to experience the ever-changing rocky cliffs that are under constant erosion from the ocean.

“So, a lot of it just falls off day by day by day,” French said.

Protected by the wind, the sea, the fog and now the National Park Service, Channel Islands is truly one of those places in California where visitors can experience the natural changes of the landscape and the life that depends on it.