The artifacts of its antique Canton-made shrine make it a special place, especially for visiting Chinese tourists. 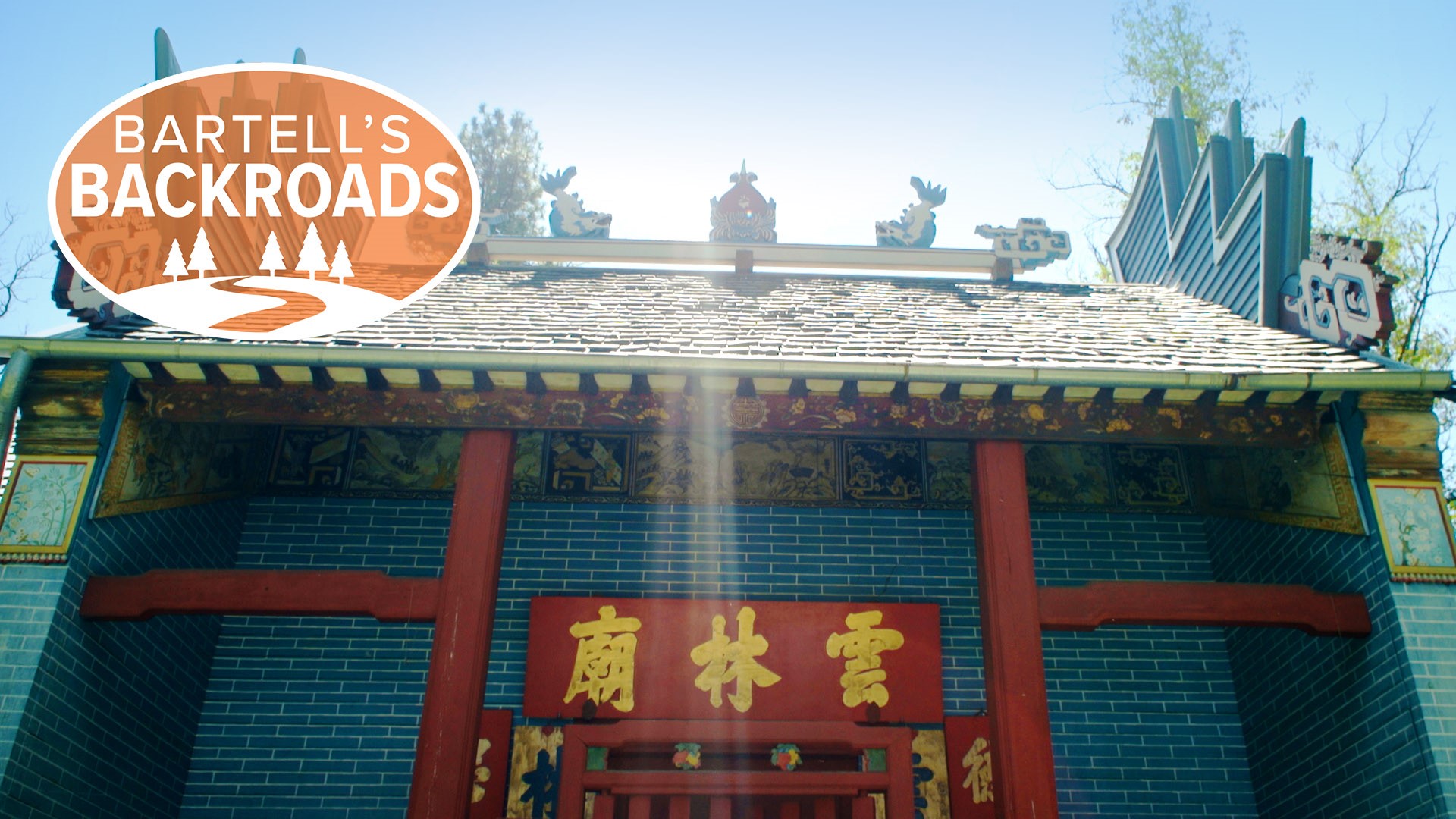 WEAVERVILLE, Calif. — In a remote mountain town in Trinity County is a vast collection of Chinese artifacts that are rare, even to the people of China. The Weaverville Joss House is the oldest continually-operating Chinese temple in California.

Joss House opened its doors in 1874. State park historian Jack Frost says the word "Joss" is a name the Portuguese gave Chinese Taoist temples. California has many historic Joss Houses, but what makes the Weaverville Joss house the oldest temple is shipping records found on the shrine.

"It was made in Canton, China and shipped to San Francisco in 1873. Brought up the Sacramento River by riverboat," said Frost.

READ ALSO: Want to live on the coast of Northern California? Here's your chance | Bartell's Backroads

The gold rush of 1849--then the construction of the transcontinental railroad in the 1880s--brought Chinese immigrants by the thousands to California, but a number of those Chinese moved to Weaverville because it was safer.

"It was safer because of the isolation. A lot of the negative connotations in the big city were not found here,” said Frost.

That's not to say racism and hate didn't find its way into Weaverville. Evidence of Chinese discrimination can be seen on the temple's gong.

"That’s a mark from a bullet. That occurred in the late 1890s. During a parade a local pulled out their revolver and shot it,” said Frost.

Joss House was multi-purpose building. A safe haven for the Chinese to relax, pray, and more importantly, meet with the temple caretaker.

"He was like a monk, a priest, a keeper, a school teacher, a doctor," Frost said.

The caretaker was often the most educated, and probably the only person who could write a letter home to family members. The caretaker also kept census records on the wall of the Joss House.

“For our Chinese visitors, that is probably the most important artifact of all," said Frost.

During Mao's Cultural Revolution of the 1960s and 70s, many of China's cultural artifacts were destroyed. As a result, the Weaverville Joss House is home to important items from China's past that can't be found elsewhere.

"It’s still an active place to worship. Every week that I work here, I have Chinese visitors," Frost said.

Weaverville may not be a well-known destination, but it’s not a forgotten town. The history here runs deep--both California history and Chinese history--and it's worth stopping for.

"Many of the Chinese that visit here don't say much, but I see many of them with tears in their eyes and that says a lot," said Frost.