Feeding desert fish and California's largest meteorite, this California museum has it all | Bartell's Backroads

The Desert Discovery Center in Southern California has an odd collection of desert memorabilia. 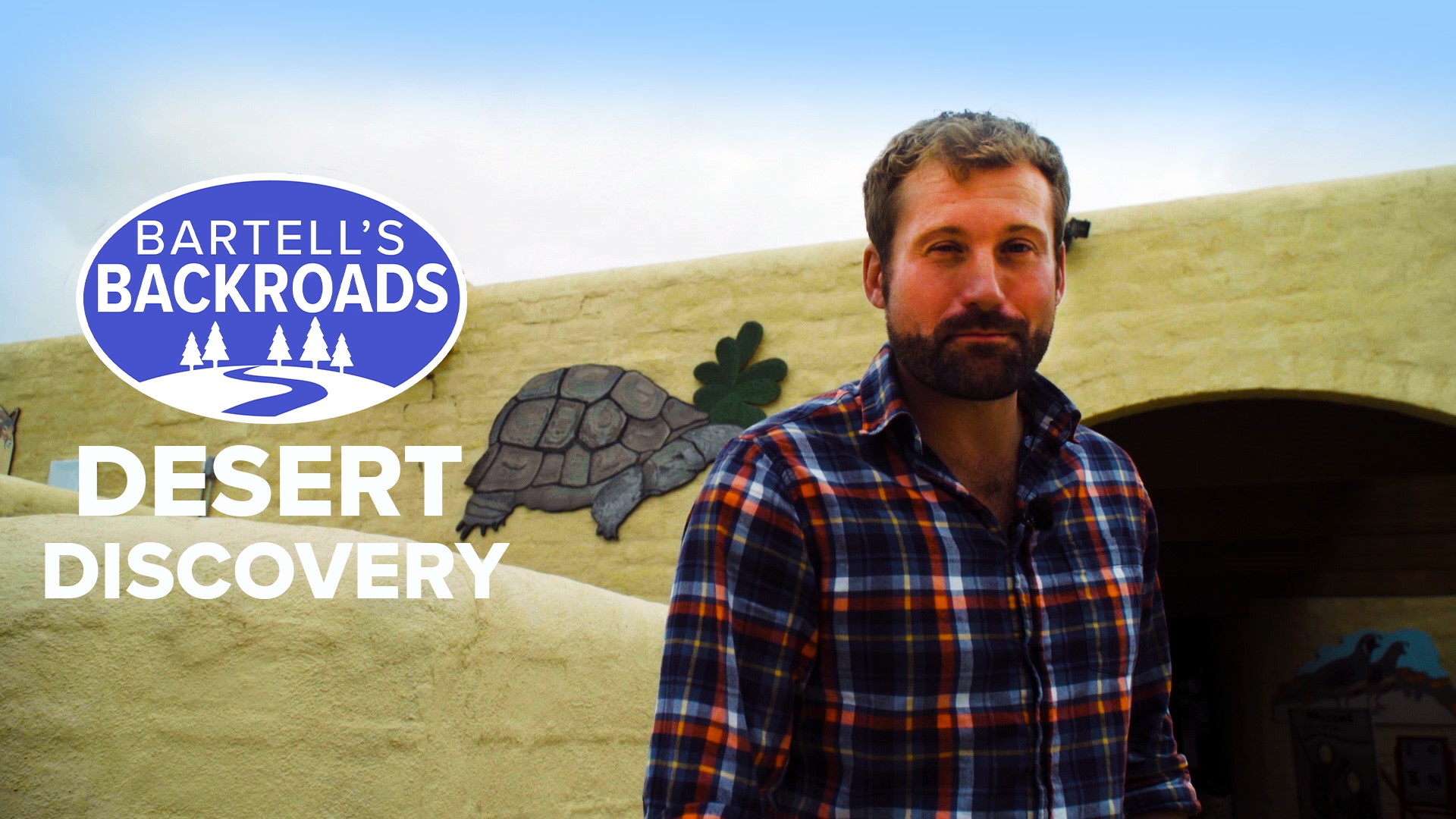 BARSTOW, Calif. — From the desert tortoise to Joshua Trees. You can learn everything about the Mojave right at the Desert Discovery Center.

Located about an hour north of San Bernardino, the Desert Discovery Center is in the historic mining town of Barstow and there's gold in them hills. Barstow is the gateway to the Mojave and home to the Calico Mine, which is part of the most profitable mining district in the state.

You know what else Barstow is home too? California's largest meteorite.

The Discovery Center also showcases plenty of desert plants and wildlife, including the endangered Tui Chub fish. If you can get to the museum before 11 a.m., you can even help feed the Tui Chub.

"This is the only fish that is native to the Mojave Desert,” Brockhurst said.

After feeding the fish, you can also hand-feed a family of desert tortoises. Also, depending on the time of year, you can observe the desert tortoise babies, which live in a separate area.

"This is the perfect place to come if you really want to get an essence of what the desert is about,” Brockhurst said.