How California's flag got its iconic bear | Bartell's Backroads 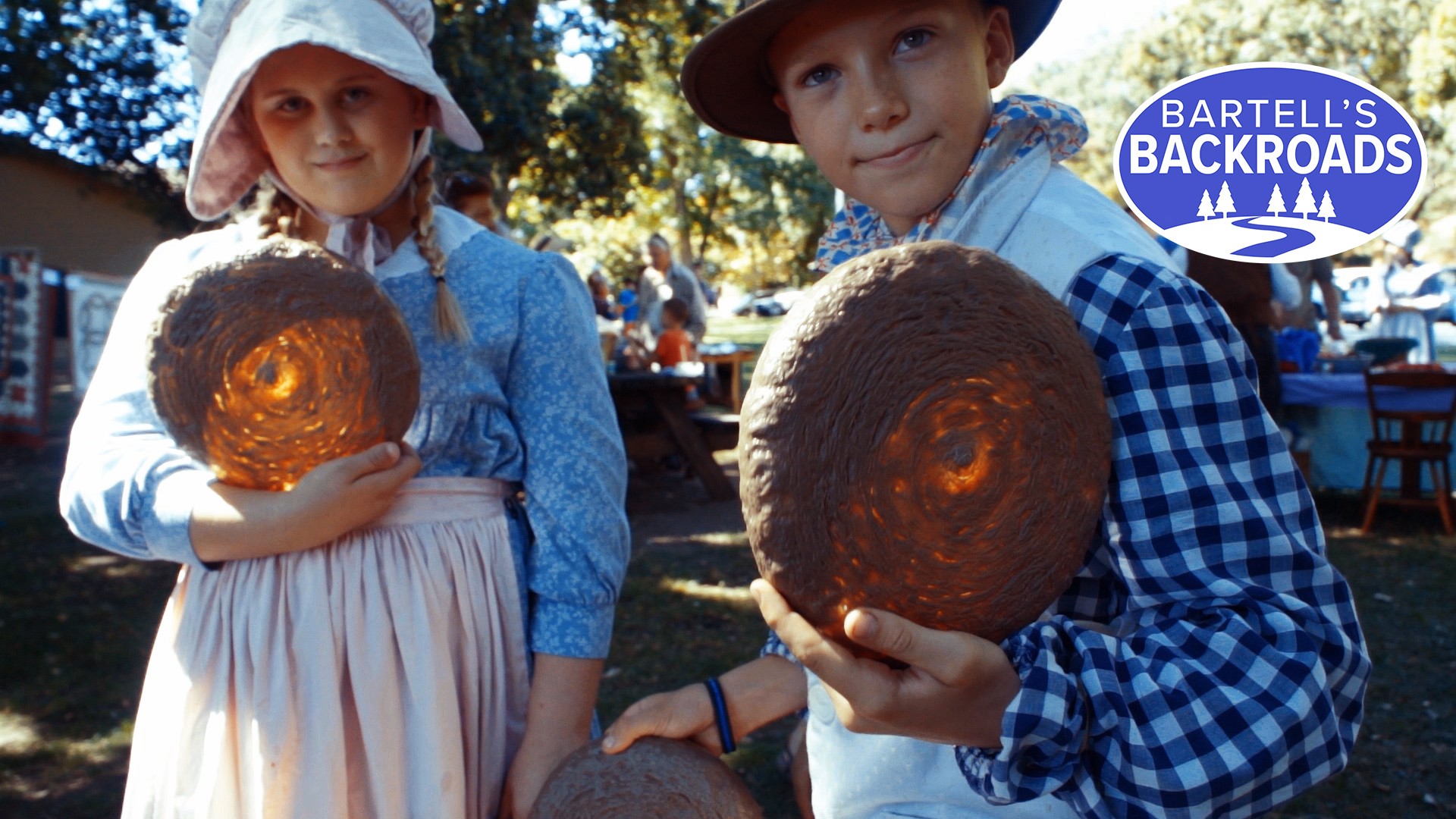 RED BLUFF, Calif. — Before basketball, soccer and even baseball, there was cow-pie chipping. Never heard of it? The game is simple. Throw dried up cow poop as far as you can.

The game dates back to the 1800's, and every year it's celebrated at William Ide Adobe State Historic Park in Red Bluff, the homestead of William B. Ide.

Ide was a pioneer, farmer, teacher, and according to Park interpreter Jennifer Pooley, a pretty important guy to California history.

“Some people call him the president of California,” Pooley said.

Back in 1846, Ide was the leader of the Bear Flag Revolt, a 25-day uprising that eventually sparked the Mexican-American War.

“Most of the men were bear hunters. That’s how we got the grizzly bear on our flag,” Pooley said.

Ide settled down in Red Bluff after the U.S. won the war and California became a state. Wood was scarce, so Ide built an adobe home out of mud and straw. Like many pioneers in those days, Ide burned dried cow poop to heat his home and cook food.

Dale Pooley judges the cow pie chipping contest at the park. He said there is a good reason for burning the dried dung.

“It was abundant and an incredible source of fuel for people to keep warm,” Dale said.

Cow dung is mostly made up of grass and plant matter, which burns well when died out by the sun. Collecting the dried poop was the job of children. They would walk great distances looking for the dung. When they found it, the kids threw it in a big pile.

READ ALSO: Off to the Races: Camels, ostriches, and zebras race to the finish line!

“Kids will be kids. They started throwing it at each other and before you know it, it became a contest of sorts,” Dale said.

In the past, real cow poop was thrown, but during the annual “Adobe Days” at William Ide Adobe State Historic Park, competitors use fake plastic cow poop. Rules are simple: Two players try to throw fake cow poop into an empty fire pit. The player that gets the most in the pit wins.

If the idea of throwing fake poop is not your idea of a good time, the park has lots of other historical activities and displays. Candle making, blacksmith shops, and adobe brick making are just a few events that take place. The park is open to the public year round in Red Bluff.