Want to live on the coast of Northern California? Here's your chance | Bartell's Backroads

All you have to do is volunteer at Battery Point lighthouse in Crescent City. One lighthouse keeper shares her experience. 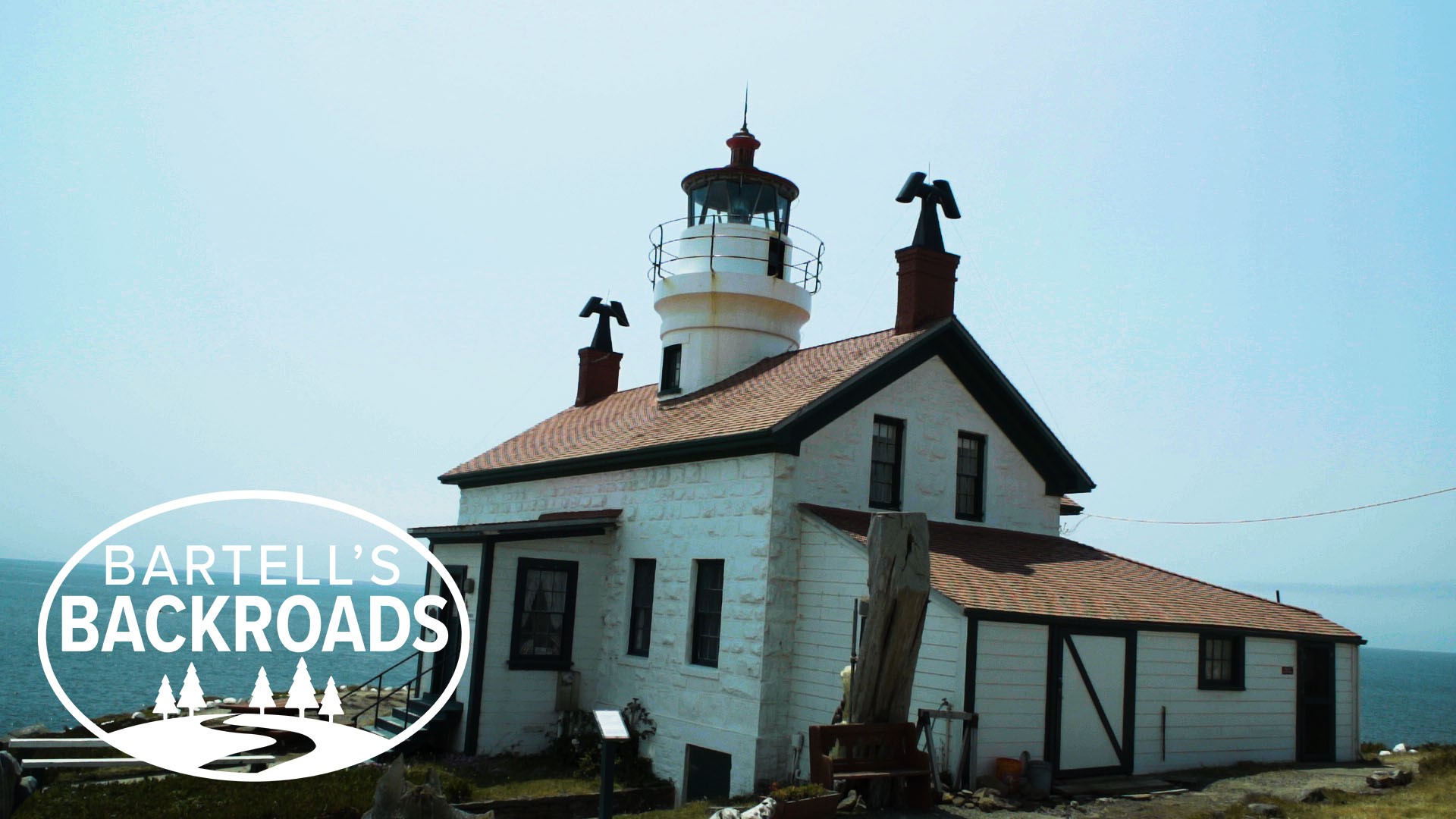 CRESCENT CITY, Calif. — If you've ever wanted to live on the coast, your dream job is in Crescent City where volunteers take turns manning Battery Point lighthouse.

This picturesque Cape Cod style lighthouse sits just outside the breakers in Del Norte County. To get a chance to live in the lighthouse, volunteers have to write an essay explaining why they deserve the job.

Known as lighthouse keepers, they are required to live, sleep, eat and act as tour guides to the public. Kitty Harrison was a recent volunteer. She says the biggest perk of the job is the view from the top of the light house.

"This is a 750 watt halogen light bulb that can be seen 14 miles out to see," Harris said, adding the glass that surrounds the light is called a Fresnel lens.

The first time the light turned on was Dec. 10, 1856, and it was powered by liquid petroleum. Each lighthouse has its own distinct light flashing pattern.

Battery Point lighthouse was named after the canons that used to be mounted in harbor. The cannons are gone, but the interior of the light house is packed with history of past lighthouse keepers.

The lighthouse experienced two giant waves since its construction. The first occurred in 1879, it destroyed the home's wooden kitchen. Then, a tsunami in 1964 demolished 29 blocks in Crescent City. Big or small, the water is a constant concern for tourists.

"When the tide comes in, we become an island," Harris said.

The lighthouse is open to the public, but the only way to access it is to walk over during low tide. Once you visit, make sure to view the top of the lighthouse for a breathtaking coastal scenery.