At the center of the San Andreas Fault lies Parkfield, a small, rural town that routinely gets big earthquakes. 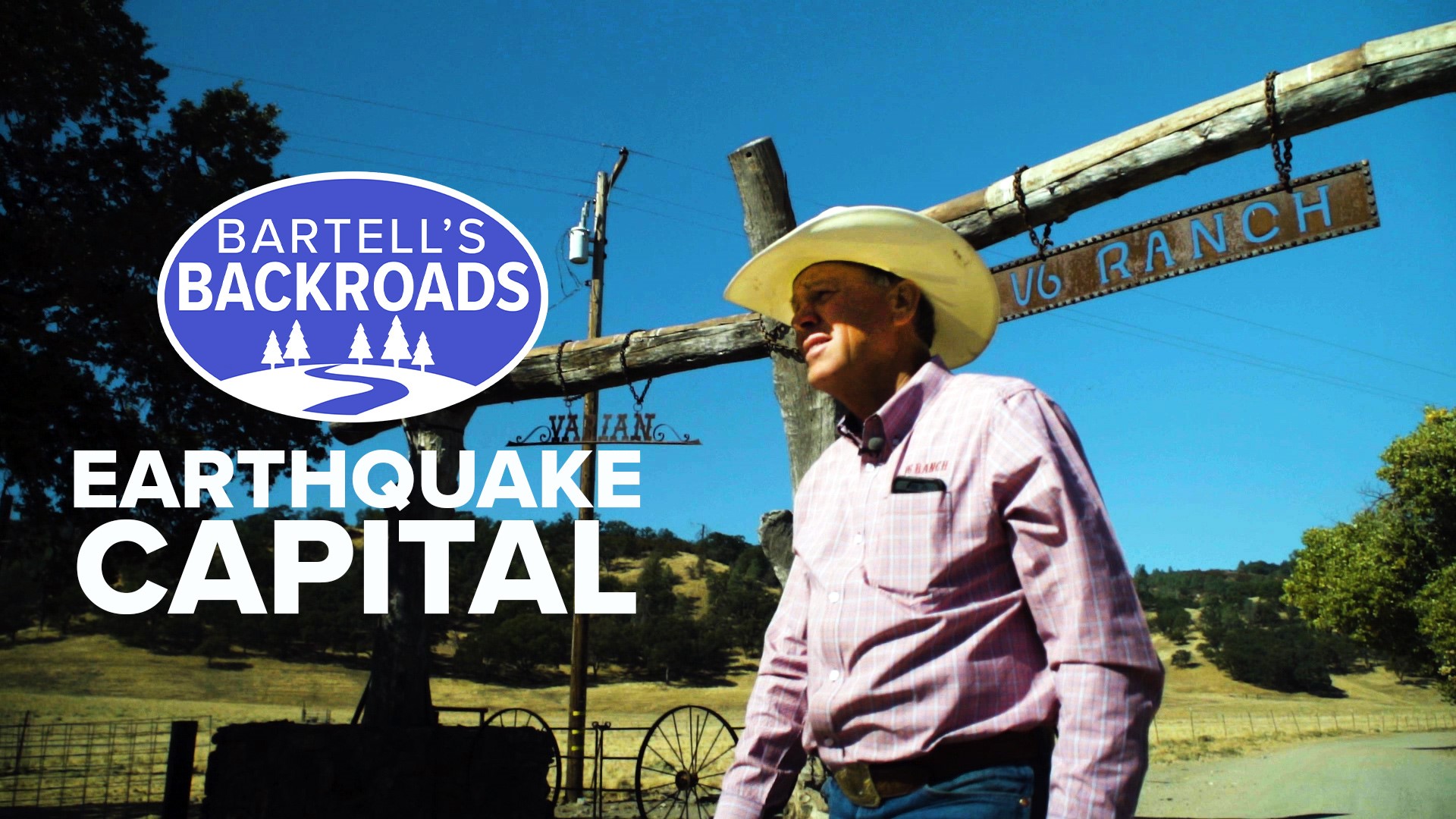 In the center of the fault is the rural ranching town and self-proclaimed earthquake capital of the world of Parkfield, Calif.

Alaska technically has more earthquakes than Parkfield, but according to Parkfield native John Varian, his hometown consistently has some of the biggest quakes.

"When they looked at the history books, they noticed that about every 22 years we have a 6.0 earthquake and it was the most regular occurring earthquakes they could find,” Varian said.

Varian is a second-generation cattleman at the V6 Ranch, which caters to city folk who want to experience life on a 20,000-acre farm. Parkfield and the V6 Ranch are located at the southeastern most edge of Monterey County, but it may not be there for long.

"This part of the fault is not locked up, so this area is sliding anywhere from a half inch to an inch every year," Varian said.

The seismic activity is so prevalent in Parkfield, the United States Geological Survey has an earthquake monitoring site in the middle of town. Also in Parkfield, you can can visibly see a bend in the Parkfield Bridge. It's slowly being pulled closer towards the California coast.

"So, in about 30 million years, the ocean will be right there as that part of California slides right past us,” Varian said.

Varian has future plans for surfing lessons and beach front hotels, but for now, those who visit Parkfield and the V6 Ranch will just have to enjoy the pleasantries of rural living.

MORE FROM THE BACKROADS: