They're not crop circles created by UFOs. They're actually a scientific experiment growing in El Dorado County's Blodgett Forest. 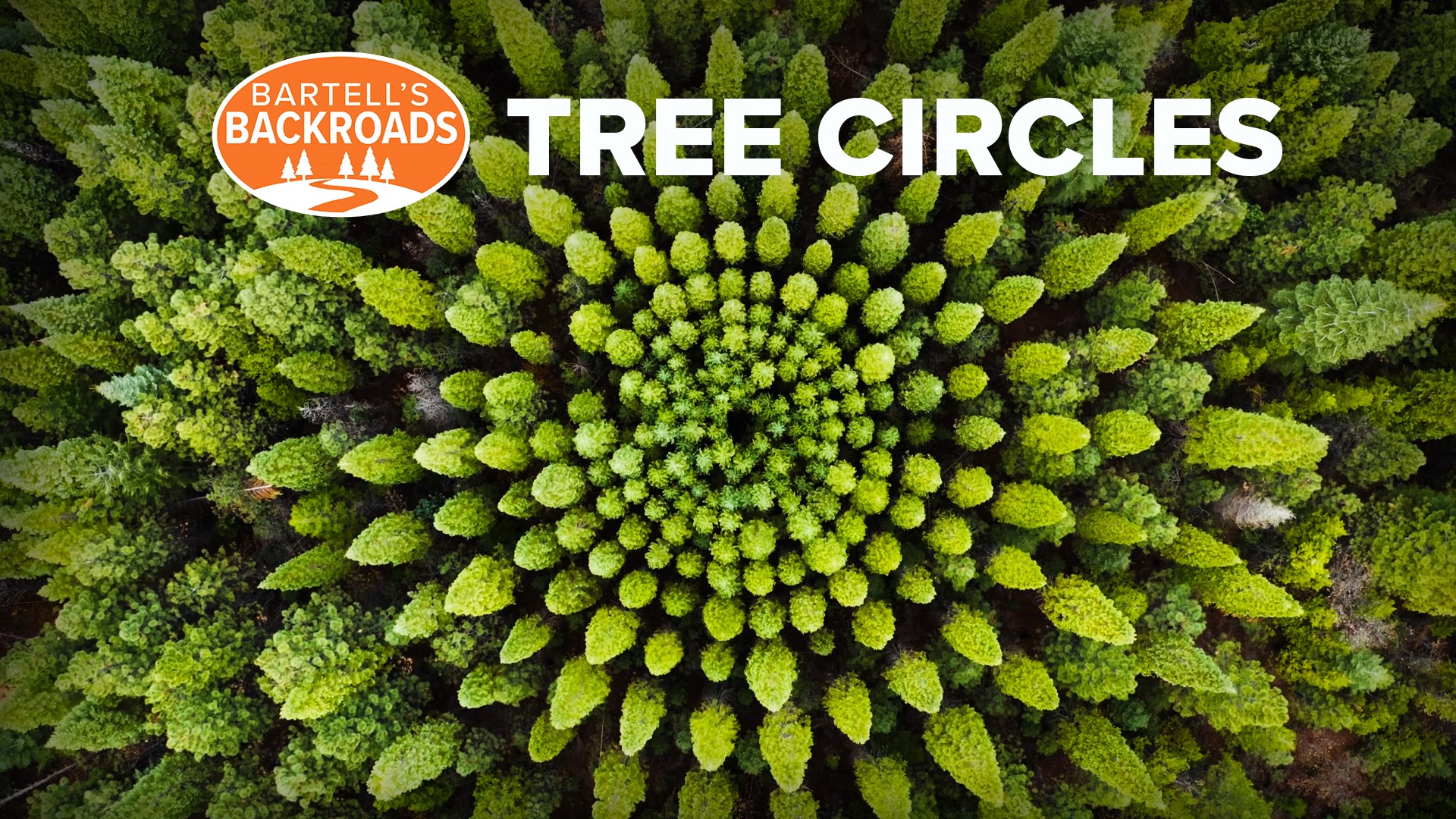 GEORGETOWN, Calif. — Deep within the Eldorado National Forest, there’s a smaller forest. From the sky, it looks like crop circles or maybe a strange forest vortex. On the ground it gets stranger. Each tree is marked with identifying metal dog tag.

This strange place is known as the Blodgett Forest -- home to circular-shaped Nelder plots.

The Blodgett Forest is not a secret research facility. It’s open to the public, but to find the circular Nelder plot it’s best to have a guide, like Forest Manager Ariel Roughton, who can explain what a Nelder plot is.

"If we were to look at it from above it looks like a wagon wheel,” she said.

The Blodgett Forest has many wagon wheel-shaped Nelder plots. Not because it’s pretty but because the spokes of the wheel are easy to study.

“It’s actually a really unique way to plant trees so we can look at density or spacing on tree growth,” Roughton said.

The Nelder plot Roughton likes to show off the most is Giant Sequoia Nelder plot. Each Giant Sequoia was planted on the same day back in 1983, but at first glance, not all the trees look giant.

Data collected from plots like these will help loggers and foresters properly re-plant baby trees without killing them or stunting their growth.

“This is a way to demonstrate if you plant them too close together that may not result in the healthiest tree or healthiest forest,” Roughton said.

The Nelder plot is one of many experiments going on in Blodgett Forest. There's also prescribed burning, soil science, and wildlife ecology just to name a few.

“We are one of the most productive research forests in the nation in terms of the number of publications,” Roughton said.

If you are interested in seeing the experiments at the Blodgett Forest, there is an interpretive trail open to the public year-round for absolutely free! Just be prepared for a long walk.