In the balmy waters of Salt Creek lives a school of pupfish, Death Valley’s largest fish. 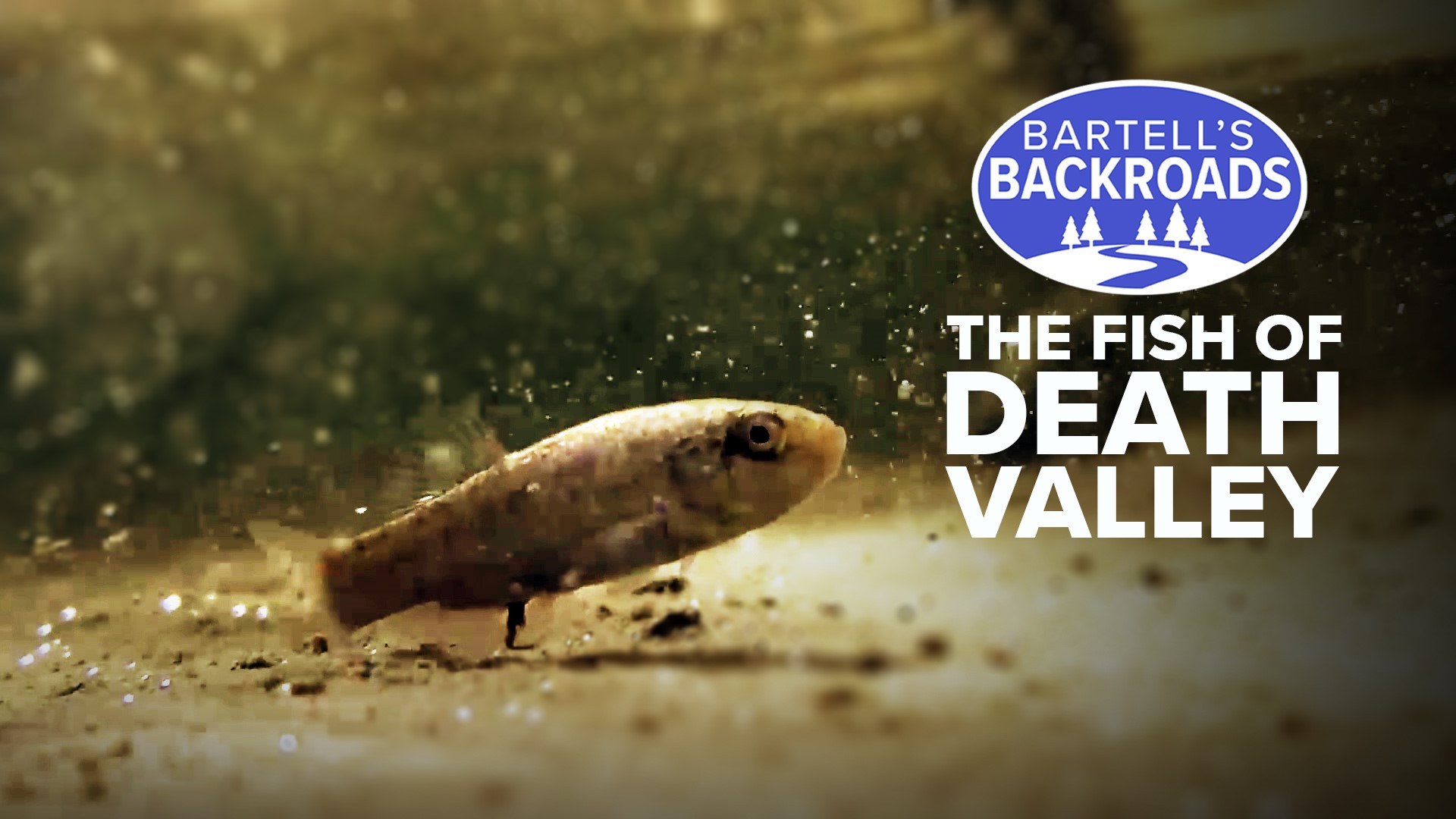 FURNACE CREEK, Calif. — You might expect a place like Death Valley to be waterless and perhaps even lifeless. It’s the hottest place on earth where temperatures can soar above 130 degrees, but surprisingly, there is water here, and life thrives in it.

Kevin Wilson is an Aquatic Ecologist with the National Parks Service, a profession you also may not expect out here in the desert, but he says he’s actually pretty busy.

“It's amazing, there are over 800 springs in Death Valley,” Wilson said.

Measuring in at a whopping one to two inches, the pupfish is not something you will see at your local fish market, but what they lack in size the make up for in hard core resilience.

To put it simply, pupfish basically live in Hell's hot tub. Actually, they live in several hellish hot tubs all over Death Valley and they’ve taken on different genetic traits depending on their location. For example, the endangered Devils Hole pupfish are blue and live in a 500-foot hot water aquafer. The Salt Creek pupfish are yellow and often times they live in just a few inches of water.

The pupfish is an example of desert adaptation. Thousands of years ago Death Valley had several fish-filled lakes but, pupfish were the only ones to survive after eons of environmental change reduced the water to just a few salty springs.

The sun is a constant threat and for the Salt Creek pupfish, this is the end of the road. Pupfish survive in a fragile ecosystem, eating small bugs and algae. So when all the water dries up at Bad Water Basin, the lowest point in North America, 282 feet below sea level, they'll die.

Despite their miserable living conditions, they are happy fish and scientists named them accordingly.

“They observed them and they acted like puppies, the name stuck. Pupfish,” Wilson said.