The Giant Pumpkin Regatta has become an annual event in Elk Grove. Contestants paddle 100 yards across a duck pond, grab a flag, and try not to capsize. 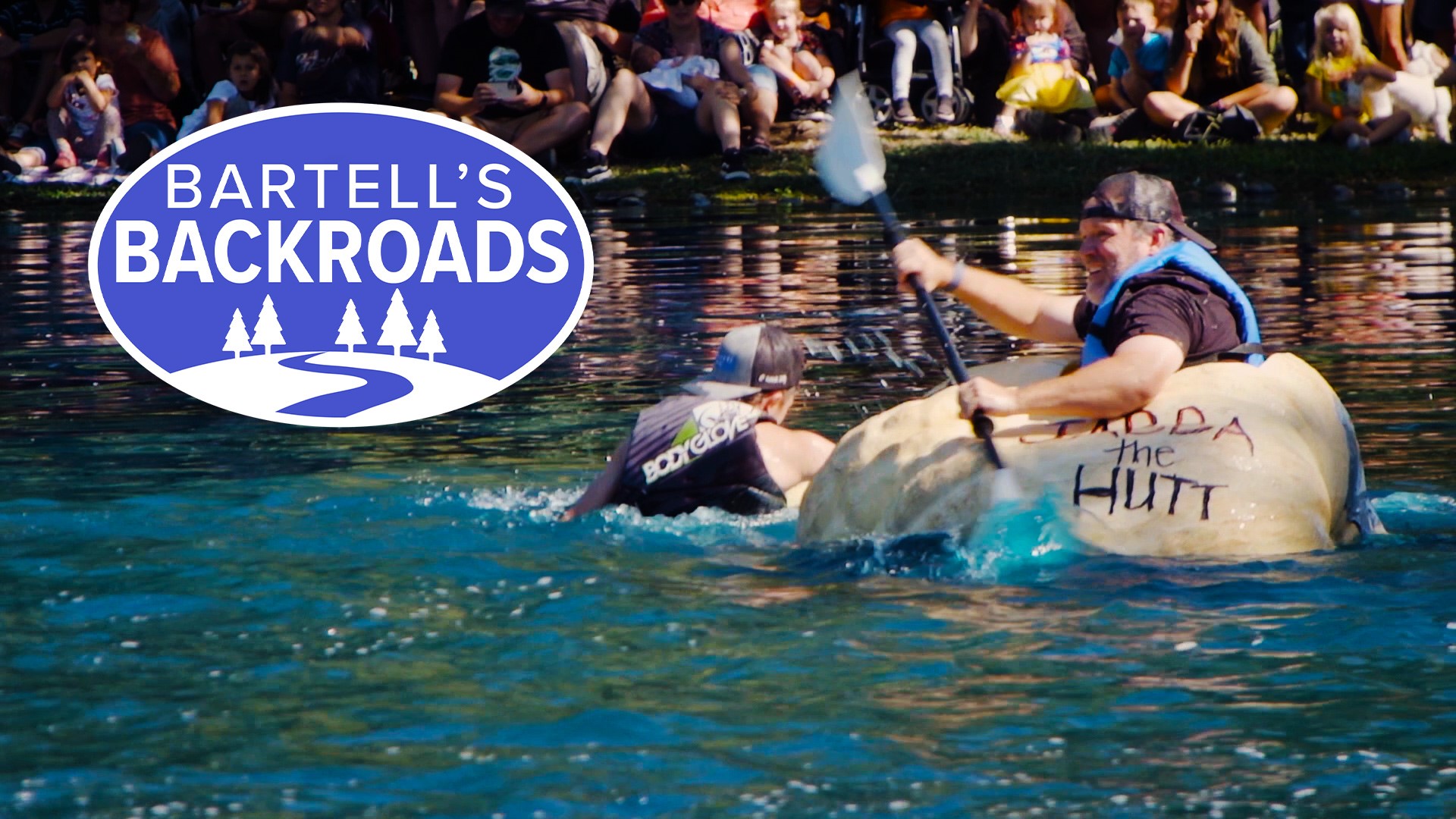 ELK GROVE, Calif. — What grows in a garden, makes for a tasty pie filling, and floats like a boat? A pumpkin, of course!

The Giant Pumpkin Regatta is annual race held during the Elk Grove Pumpkin Festival, an event that celebrates all that is pumpkin. The regatta requires competitors to hollow out giant pumpkins and paddle them around in the duck pond at Elk Grove Regional Park.

Preparing the floating gourd for this event is no easy task. Veteran pumpkin paddler Robert Cook says judges have to weigh the pumpkins before modifications can be made. All of the carving and modifications to the pumpkin boat take place just a few hours before the race.

"Only the brave will get in that pumpkin and float across that water and back,” Cook said.

Carving out the pumpkin innards is kind of an art, says regatta judge Brian Myers. A lopsided or heavy pumpkin could capsize.

“It's tiring paddling in these things," Myers said. "Only about 50% of the pumpkins make it to the finish line.”

The rules are pretty simple. Competitors must paddle the pumpkin the length of a football field and grab a flag. The first one to bring the flag back to the finish line wins.

"You have to start in you pumpkin and end in your pumpkin, which is a major task,” Myers said.

This year's race was a battle to the finish with many capsized pumpkins, but in the end, seven-time pumpkin regatta winner Robert Cook finished first.

“Paddling and picking the right pumpkin...that’s a big part of the race,” Cook said.

Want more? Hit the Backroads! See all of John's stories, and plan your next road trip with the interactive map.