Pumpkins, surfing, and odd shaped houses, are just some of the charms of Half Moon Bay. You may even spot a whale if you're lucky! 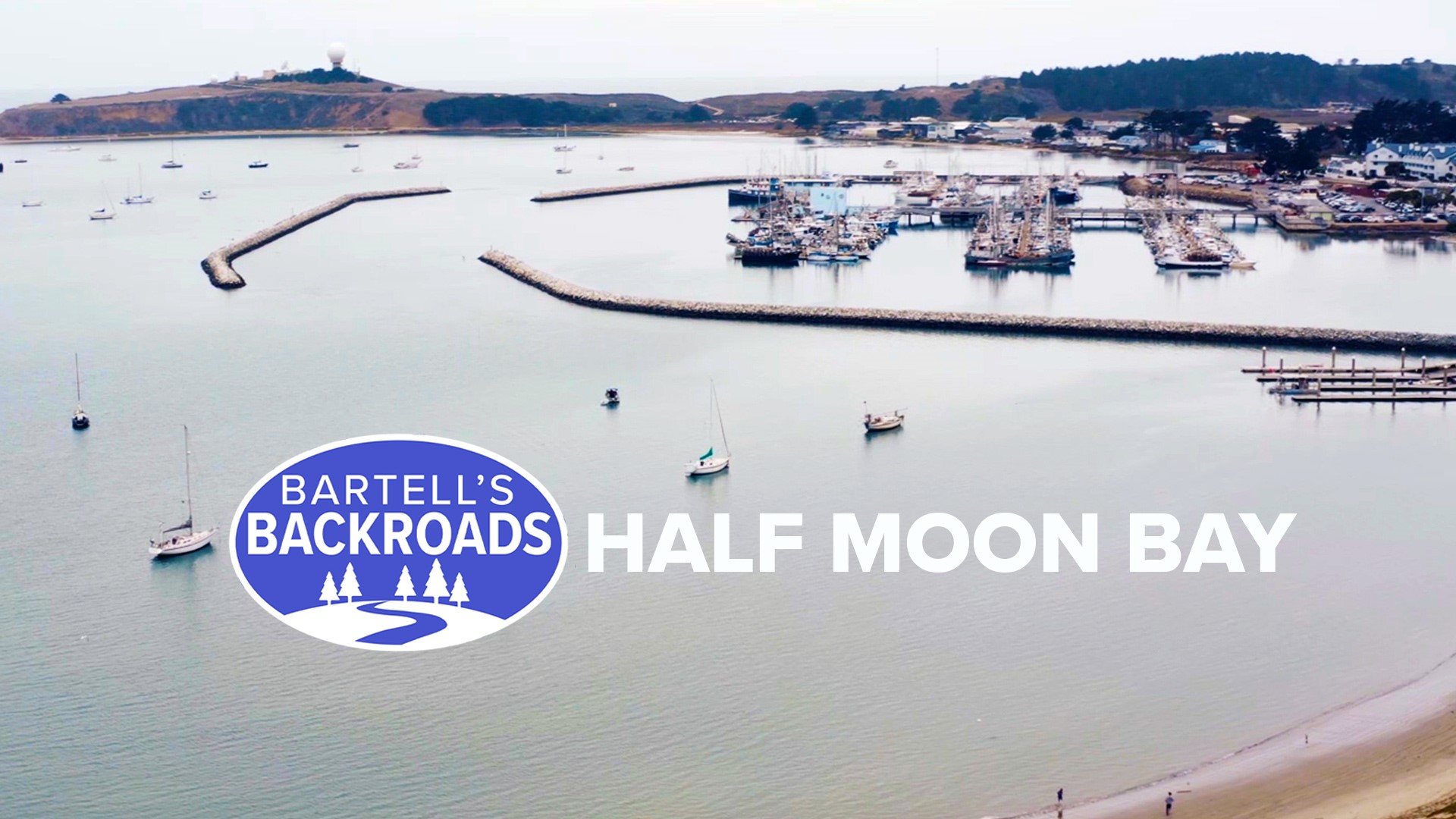 HALF MOON BAY, Calif. — Located 30 miles south of San Francisco on the coast of San Mateo County is the quaint little harbor town of Half Moon Bay.

The land used to be a Spanish settlement in the 1840s, but shortly after the gold rush an entrepreneur named James Johnston started a dairy ranch. His home is still standing and can be seen off Highway 1. It's known as the saltbox house because of its shape.

Back in colonial times, salt came in boxes that were similar in shape to this type of home. Inside you will find relics from the Bay Area's past.

Coastal fog is a prominent feature in these parts and it's one of the key ingredients to growing one of Half Moon Bay's biggest and most celebrated crops: gourds!

The Half Moon Bay pumpkin weigh-offs attract competitive pumpkin growers from all over. Several Goliath Grand Champions and world record pumpkins have been weighed here.

Historic downtown is filled with local artisan shops and restaurants with locally sourced food. All of which is within walking distance of sandy beaches and picturesque ocean bluffs. If you are lucky you may spot a Grey Whale breaching the ocean. Don't forget to check out the harbor and spend some time at Miramar Beach where surfing is always in season.