Bakersfield: Home of the 'Okies' and Merle Haggard | Bartell's Backroads

The story of Bakersfield and its Dust Bowl immigrants can be found at the Kern Co. Museum 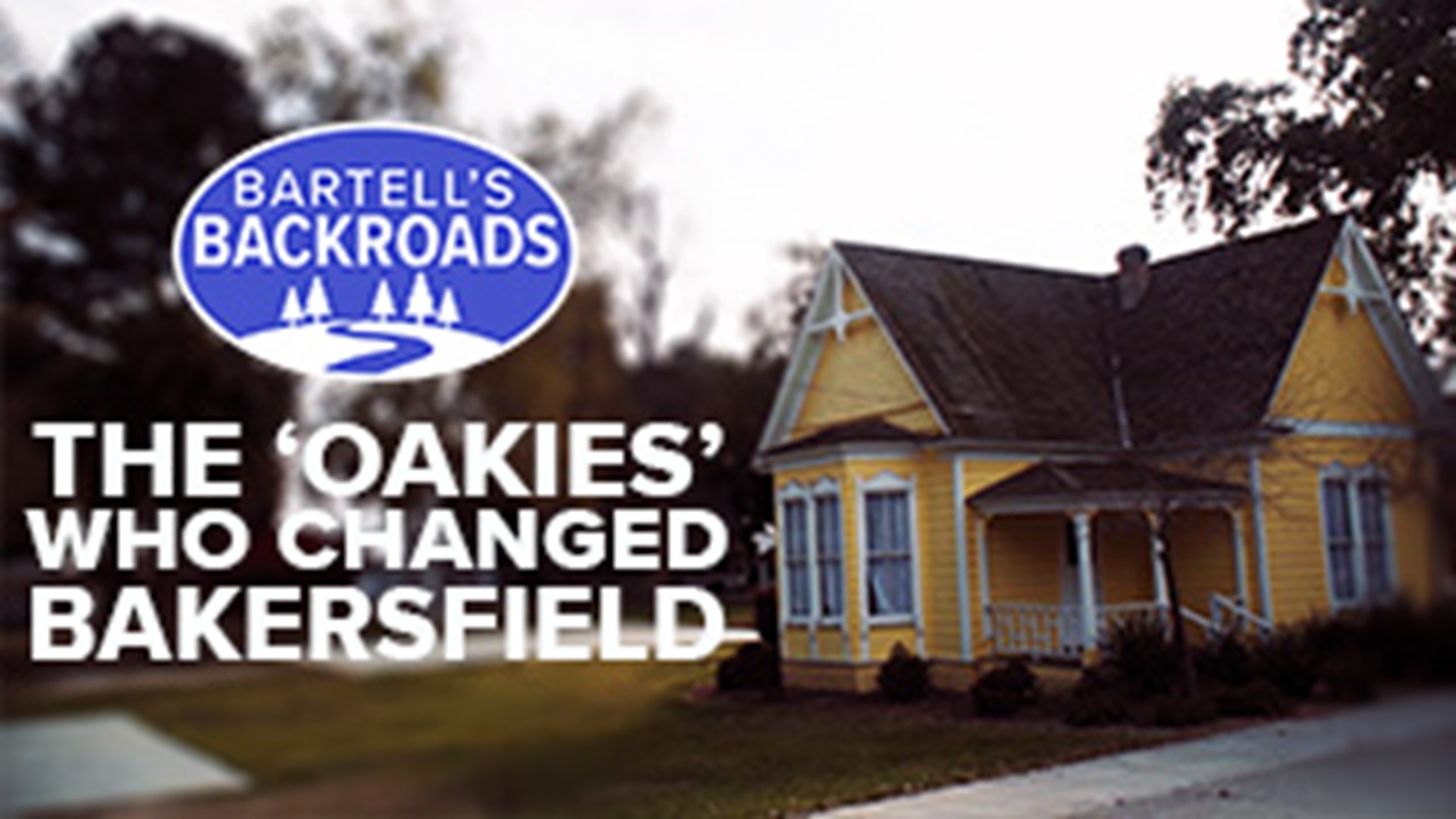 BAKERSFIELD, Calif. — It was the largest migration to California since the gold rush: The Dust Bowl.

During the 1930s, farmers, ranchers, and field workers were forced to load up old jalopies and leave the drought-stricken plains of the heartland. The destitute farmers were known as “Okies” and many of them ended up in Bakersfield.

Life was tough for Okies. It was the depression and many were forced to live in shantytowns -- homes made of garbage and discarded wood.

The Kern County Museum proudly preserved and displays a number of the shanty houses, but there’s one house that is dearest to Bakersfield. It’s known as the Haggard Boxcar. It was the home of Merle Haggard. His father built it during the depression. The make-shift home was moved to the Kern County Museum and it attracts thousands of visitors every year.

Haggard was an ex-con who turned his life around playing with Buck Owen, another Bakersfield legend. The two developed the unique Bakersfield Okie sound which springboarded their careers.

For 30 years, Bakersfield celebrated “Okie Culture” with the Dust Bowl festival. The Celebration ended in 2019, but you can still see artifacts from days of Okie’s past at the Kern County Museum.

Other exhibits include the outdoor complex, Pioneer Village, which contains more than 50 buildings including historic structures that represent different aspects of the county's history, and several facilities for administration, maintenance of the grounds, exhibits, and artifacts.

The museum supports the concept of lifelong learning, offering a variety of programs targeted to specific ages and interests, along with programs families can enjoy together.