Hummingbirds have found home in North Fork, California. Here's how one lady keeps these delightful travelers coming back. 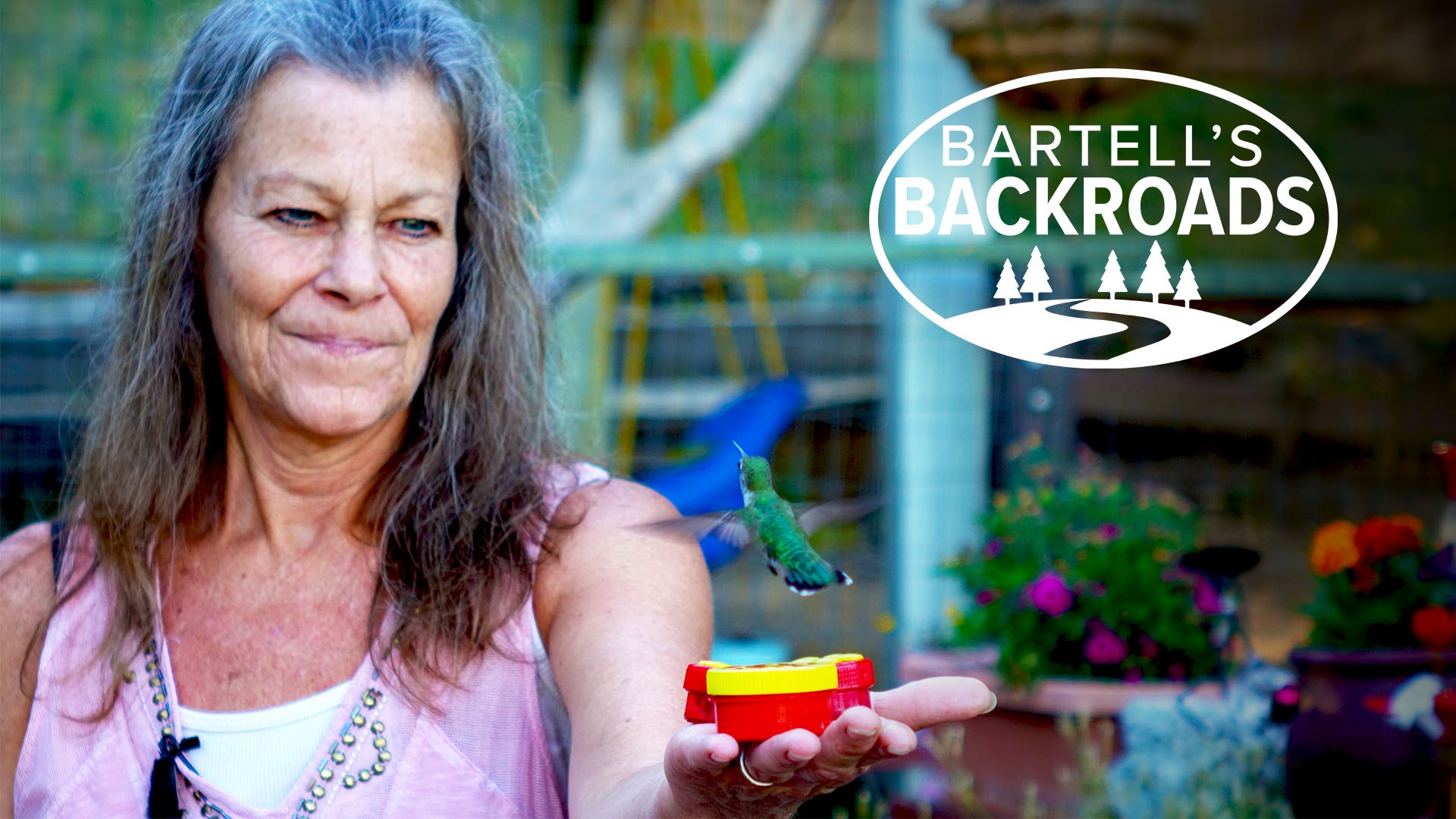 NORTH FORK, Calif. — If you've ever wondered what the exact geographical center of California was, it's a small community, outside of Madera County, called North Fork.

The middle of the state is also the epicenter for a very large flock of hummingbirds who have nestled in and made North Folk their home.

During the summer, it is not uncommon to see hundreds of hummingbirds soaring the area for food. You'll find many of these hungry birds at Patty Cottington's house for a morning drink from her humming bird feeders.

"Right now I have about twenty-seven feeders and hundreds of birds, literally,  Cottington said.

Twenty-seven feeders may seem like a lot, but according to Cottington, humming birds are territorial animals.

"They will stand off holding three feeders hostage because they are such bullies," Cottington said.

Variety is the solution to the fighting — with feeders that hang, sit and even fit in the palm of your hand.

Feeding hundreds of hummingbirds is no easy task. Most days she has to fill the feeders four times a day. To keep these tiny creatures coming back, Cottington makes her own nectar, which requires a lot of sugar.

"It's simple nectar. It's one cup of sugar to four cups of boiling water. No dye. Dye is bad for the birds," Cottington said.

That equates to about 40 pounds of sugar a month, but who's counting?

Her recipe and constant feeding attracts so many birds that biologists from UC Davis came out to study them.

"We had two of their doctors of veterinary science that wanted to get some information on their breeding," Cottington said.

It's not clear why so many hummingbirds are attracted to North Fork. It could be because of Cottington's nectar recipe or the fact that it's a centrally located place to eat.

"The nectar is simply the gasoline they use to go out an hunt the bugs which is their main source of protein."