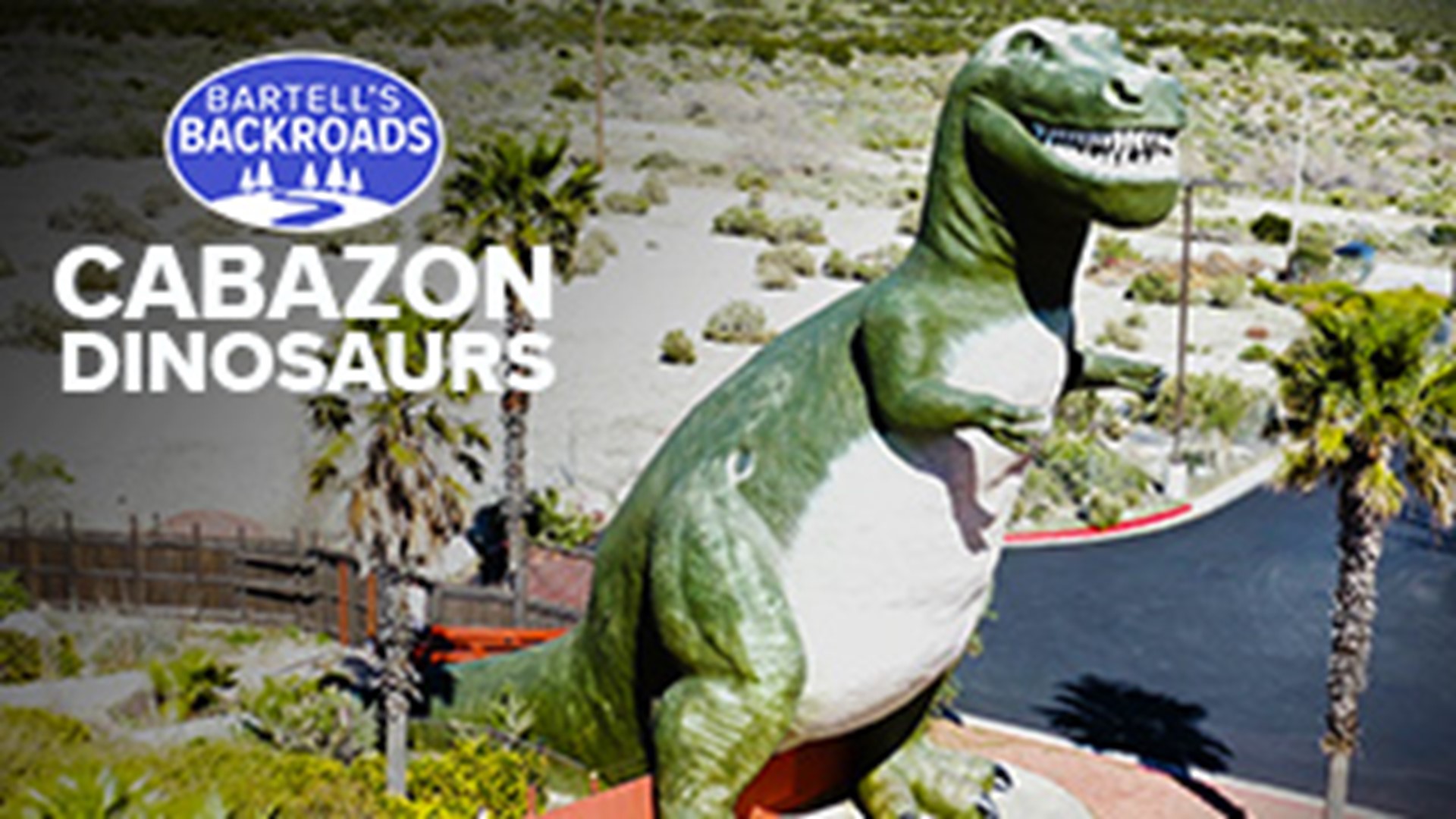 CABAZON, Calif. — The Cabazon Dinosaurs are arguably the most iconic roadside attraction in California.

From Interstate 10 in Riverside County, the two beasts dominate the skyline, but if you pull off the freeway, you’ll find a whole world of Jurassic creatures. Dinny and Mr. Rex, as they’re playfully known, are obviously the main attraction, but below their feet is an ever-expanding display of smaller dinosaurs.

“The sign says 50 dinosaurs, but there’s a few more since it was made,” tour guide Haley LeMaster said.

The Cabazon Dinosaurs are the brainchild of Claud Bell, a former amusement park statue designer with a lifelong dream of building something massive. Bell started constructing Dinny in the 1960s, which took 11 years to complete.

“It’s made of concrete and rebar from the freeway,” LeMaster said.

To cut costs, Bell used salvaged materials from the nearby construction of I-10. And after all was said and done, the 150-foot-long dinosaur cost a total of $300,000 to construct.

Bell died in 1988 shortly after the construction of Mr. Rex, but his legacy would live on through a number of Hollywood films: "Pee Wee Herman’s Big Adventure," "The Wizard," and a visit by travel host Huell Howser, just to name a few.

In the mid 1990s, a development company took over the property and added several robot dinosaurs, a dinosaur bone pit and, of course, a gift shop in the belly of Dinny.