John Bartell heads into the redwood forests of California's Central Coast in search of the squishy version of the popular UC Santa Cruz mascot. 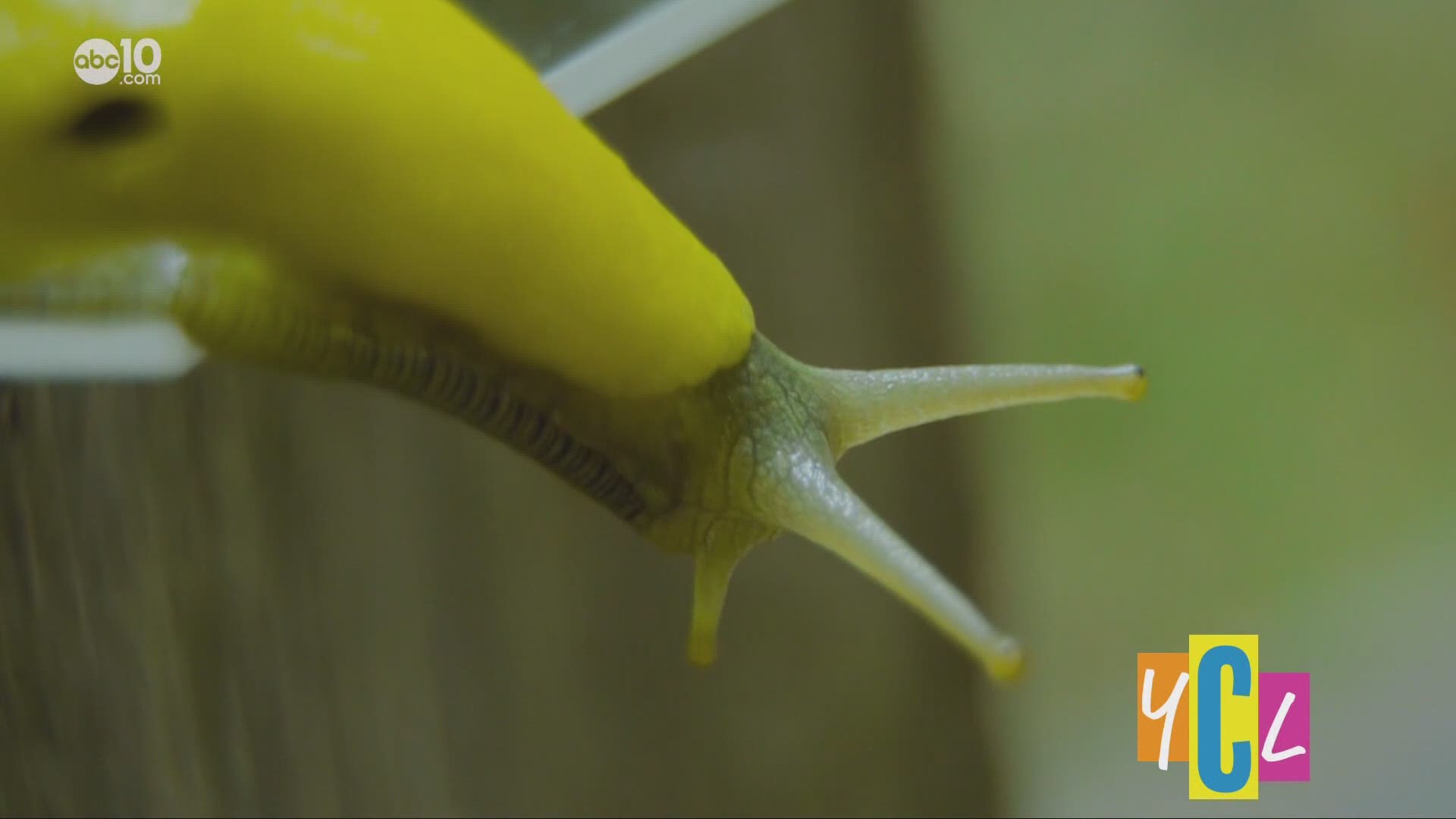 SANTA CRUZ, Calif. — Some think they are cute--others, not so much. The banana slug is a California icon and for one university, it’s their mascot. The University of California Santa Cruz is the ocean side home to Sammy the Banana Slug.

Steven Ellmore, a ranger at Henry Cowell Redwoods State Park, near Santa Cruz, says Sammy got a mixed reception from residents. "Some of the locals didn't agree with the decision, but if you ask me it's one of the coolest mascots out there!"

Cool or not, they aren't exactly the speediest critters in the forest. "They can go about 35 feet-an-hour," says Ellmore.

Part of their slow pace may have something to do with how they get around. The whole bottom part of the banana slug is called "the foot" and the slugs undulate it to move.

Ellmore is a fount of banana slug knowledge which he loves to share with park visitors. "Its mouth has more teeth than a great white shark--thousands and thousands of teeth," Ellmore told us.

Not all banana slug facts sound so terrifying. "Believe it or not, they have the largest penis-to-body-lengths in the whole animal kingdom," he said.

Just to be clear Ellmore doesn’t share that fact with kids who visit the park. He does, however, point out other odd body parts, like the asymmetrical breathing hole, and the slug's eyes and nose, which look like four little tentacles growing out of the slug's face.

"We call them tentacles because they are descendants of a sea slug. The top two are eyes, and the bottom are chemical sniffers--basically the equivalent of their nose," says Ellmore.

You will often find banana slugs in coastal regions. They like redwood forests like Henry Cowell Redwood State Park because they provide lots of food, moisture, and shelter like the holes you'll find in some redwoods. Ellmore say's they're referred to as a "hotel."

Not all, but many of the "Slug Hotels" were created by fire that burned the redwoods a long time ago. Want to know what it’s like in a "slug hotel"? Check out the Freemont redwood. A fire burned out a 26-foot-tall hole that at one time was used as an actual hotel for people.

"At one point, when this used to be a resort, people could stay the night in here. They called it the Bridal Chamber," Ellmore says while standing in the dark interior of the tree.

When banana slugs are not sleeping they are eating, and they can eat a lot. The banana slug is the second largest slug in the world, after all. What do they eat? "I think an easier question is what aren't they eating?" asks Ellmore.

Banana slugs also help spread seeds and spores, and fertilize the forest with their slime. Speaking of slime: the mucus-like film that covers their body is one of two of its primary defense mechanisms. Says Ellmore, "It helps with their locomotion and makes it very unpleasant for animals to eat."

Big teeth, big body parts, and a protective slime layer... it’s no wonder UC Santa Cruz chose the banana slug as their mascot. It has virtually no predators and it's biggest vulnerability is a lack of moisture.

Lucky for the banana slug the redwoods at the park trap lots of moisture. Chances are if you visit the park, you will find one, and while you're there check out the second-tallest tree in the world and get up-close to the rare albino redwood.