Tom Frankovich is living his best life, fulfilling his 15-year passion to raise a herd of American bison. 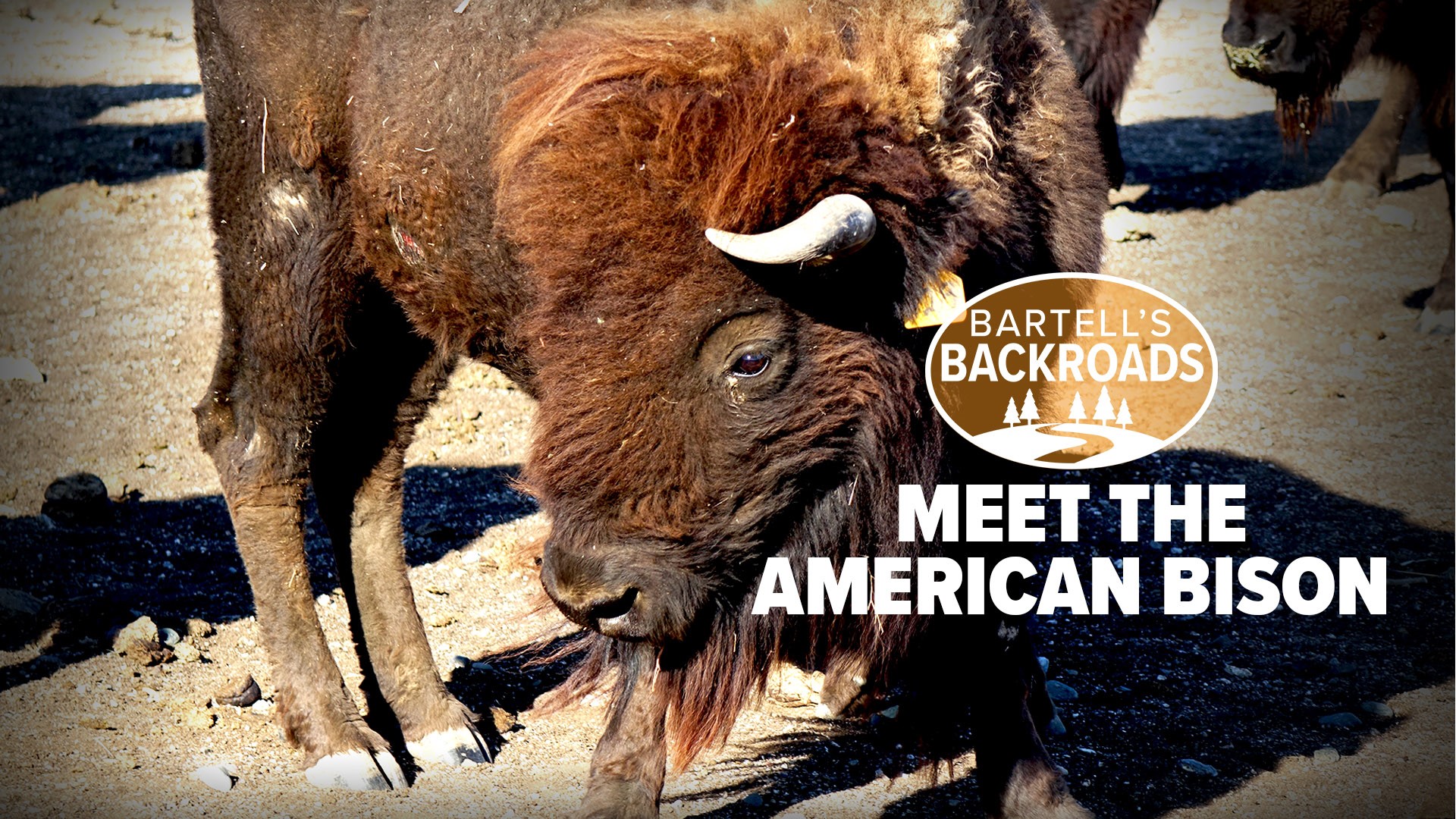 As owner of the ranch, Frankovich enjoys the role of bison rancher living out the rough lifestyle of buying and selling bison for meat. It's not uncommon to see him driving his old farm truck and wearing a worn out duster, but don't let the cowboy get-up scare you.

Life on a bison ranch is to say the least, different.

"This is a true working ranch. There is no 'dudeship' here at all. We got our own hay, our own machinery," Frankovich said. "We got a premium herd and it's a food source always been a food source."

This is a lifestyle that most won't understand, but those who work here have the upmost respect for the bison. It takes a small team of ranch hands to feed, water and maintain the herd.

Pepper, as she likes to be called, is one of the ranch hands and though the bison are several times her size, she has learned to feed the animals and stay on their good side.

"When their tails are flipped like that she is not happy. Stay away," said Pepper pointing to the bison.

The former Bay Area resident left the city life to care for the bison. Every day she fires up the diesel farm truck and spreads hay over a dusty field. Sometimes she has help, but when she doesn't, she shifts the truck in low gear and lets it slowly roll across the field while tossing hay from the back trailer.

"We ghost drive around here. Sometimes there is only one person to feed," says Pepper. "We just jump out and go and feed."

If you thought ghost riding was wacky, wait until you see what happens on roundup day.

Just like any livestock, the bison need shots, vaccinations and an annual checkup. The man to do those check ups is veterinarian Mike Karly. He normally works with cattle, but Karly became pretty familiar with bison.

Without hesitation, he will put his hand in the backside of a female bison and tell you if she is pregnant just by feeling around

"Well, I can use an ultra sound, but I still have to go in rectally," said Karly. When the heard is cooperating, Karly can vaccinate and give a pregnancy test in just a few minutes.

Historically Northern California is not bison country, but you have to understand there's very little bison country left. In the 1800s, humans nearly decimated the bison population then started farms on their natural range land.

"People need to recognize species need to be protected and one way to protect them is to propagate them," said Frankovich.

His opinions may be different from others, but the fact is, except for a few national parks and small wildlife areas the "wild bison" population is small.

Today, the largest bison populations are raised for meat on private land.

"I think it's incumbent on producers to keep the herds going," Frankovich said.

WATCH MORE FROM BARTELL'S BACKROADS: You never know what you will find on the backroads of Northern California. Join John Bartell as he uncovers unique sights and interesting people you might not find in the typical tour book.