More than a billion barrels of oil have been pulled from the Taft area. There’s so much oil in Kern County that in many places oil oozes out of cracks in the ground. 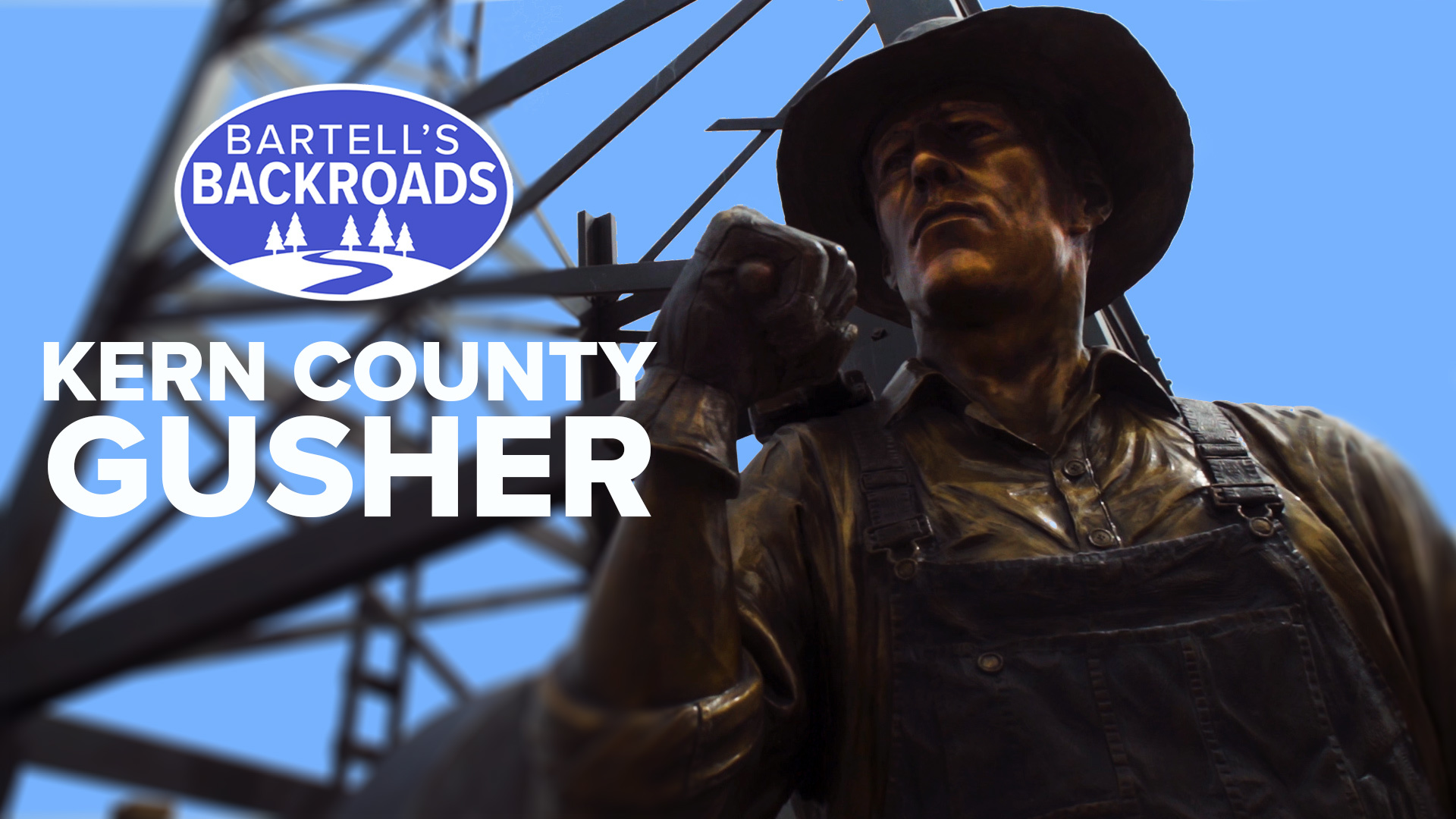 TAFT, Calif. — When you think petroleum, you may not think California, but the Golden State is one of the top 10 oil producers in the nation. And in Taft, Calif., the oil’s been the lifeblood of the town since it was discovered in the 1880s.

More than a billion barrels of oil have been pulled from the Taft area. There’s so much oil in Kern County that in many places oil oozes out of cracks in the ground -- the leftover’s from a graveyard of Jurassic monsters crushed below the surface.

At the West Kern Oil Museum in Taft you will find one-of-a-kind artifacts of petroleum’s past. Museum volunteer Dennis McCall says these artifacts played a part in Taft’s economic prosperity, but the artifacts also played a part in creating the world the largest oil spill.

The 1910 Lakeview Gusher was a crude oil drilling accident that caused an eruption of oil to shoot up in the sky for 544 days. It took tremendous effort to contain the spill and keep it from running into the nearby Buena Vista Lake.

“Yeah, a major effort. They hired everyone they could to create dikes and berms to contain the oil,” said McCall.

Oil was not the only thing to spill in Taft. In 1926, a massive rainstorm caused farm fields to flood, forcing an infestation of mice to spill into the town.

“We are talking 8 or 9 million mice in town,” said McCall.

No amount of cats could rid the town of the mice. The infestation was so bad, the federal government sent in a highly trained exterminator.

"They dug trenches around town and filled it with poison grain. That eventually slowed the flow,” said McCall.

Once the mice problem was under control, Taft was free to focus on petroleum production. So much was produced that locals could drive up to a leaky gas pipe and fill up their car.

“Yes, this was a rite of passage. Dripping we called it,” said McCall.

These days oil production is not what it used to be. California regulations and renewable energy has impacted the oil industry, but thanks to the West Kern Oil Museum, Taft’s petroleum past live on.