No need to hold your breath at Badwater Basin | Bartell's Backroads

Take a trip with John Bartell to the lowest point in the nation. Story recorded pre-coronavirus. 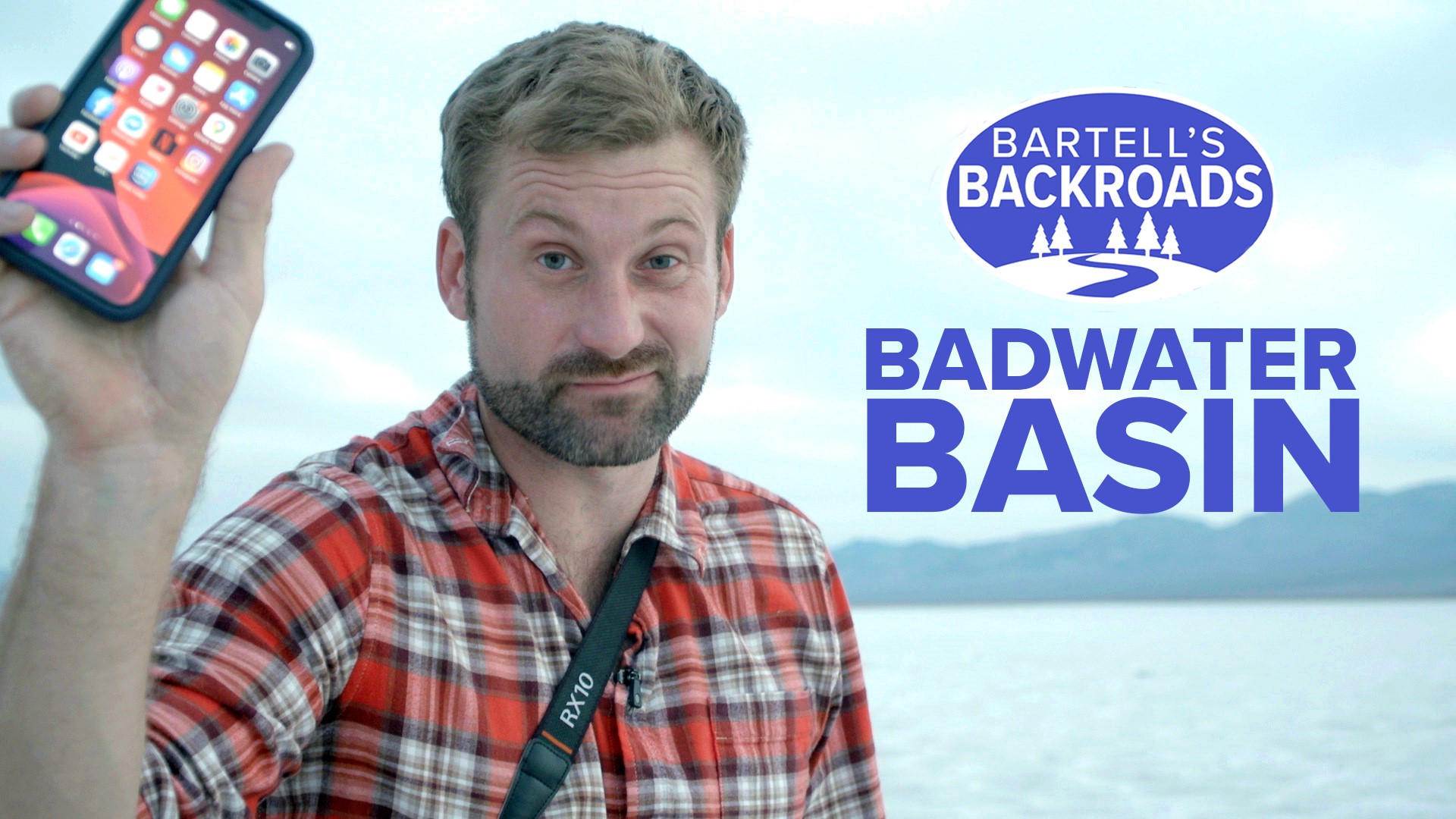 BADWATER, Calif. — Looking down from the highest peaks in Death Valley you’ll find a basin so white that one could mistake it for a winter wonderland, but it’s not snow. It’s salt that’s built up on the desert floor of Badwater Basin.

Located 15 miles from the Furnace Creek Visitors center in Death Valley National Park, Badwater Basin is at the bottom of the biggest hole you will ever stand in. The lowest point is 282 feet below sea level.

Formed by movement in the Earth's crust and water evaporation. Badwater Basin is not only the lowest point in California but also the nation.

The salt flats in Badwater cover nearly 200 square miles making it the largest protected salt flat in the world. A lot of that salt comes from the mineral in the surrounding mountains. Rain or snow carries down those minerals to the basin where it piles after the “Bad Water” puddles evaporate in the desert heat.

There’s not much to look at except the occasional “sailing rock.” The odd trail behind the stones are created every time ice forms and drags it across the basin. They are unique to the basin but don’t get lost looking for them. There’s also no real trail on the salt flat.

Honestly, any spot is a good spot for a picture especially if you visit in the spring during a wildflower super bloom.

Badwater basin is just one of many locations you must visit in Death Valley. Just make sure you bring water and a hat.