Baldassare Forestiere immigrated to Fresno, California in 1901 with a dream. It didn't work out, but it did give us a popular historic landmark. 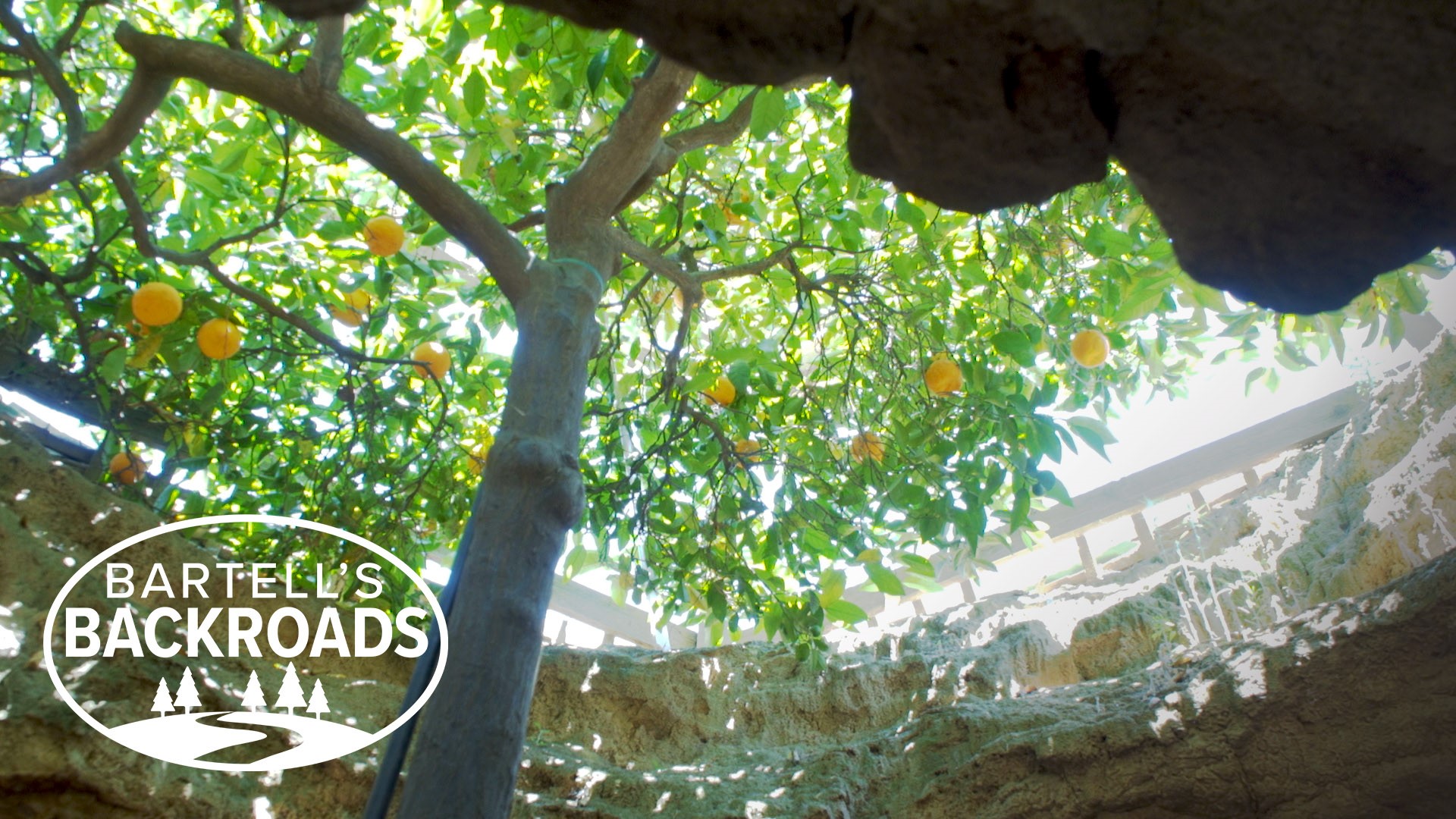 FRESNO, Calif. — Twenty feet underground is where you will find one of Fresno's most popular historic landmark's - it's not a mine shaft or basement.

Beneath the hot, arid soil of the San Joaquin Valley is the Baldassare Forestiere Underground Garden. Baldassare was a Sicilian immigrant who came to America in 1901 with a dream of becoming a citrus farmer.

That dream was crushed after he unknowingly bought 80 acres of unusable land in Fresno. Cami Sipolla helps manage the garden and says the land that Baldassare bought was made up of, what's known as "hardpan".

"Fresno used to be a marsh. So all that water that came off the mountains settled here and created an incredibly hard rock called hardpan or caliche," explained Sipolla.

That hardpan soil does not help citrus successfully grow, but the soil underneath the hardpan would prove to be usable. From 1906 to 1946, Baldassare dug below the hardpan.

At first, he built his home underground to keep cool, but then he started planting fruit. Baldassare grew a variety of fruit underground, even a tree that once grew six different kinds of fruit.

"Sadly, we are down to two. But he started off with a sour lemon tree and grafted on six different fruit," said Sipolla.

By the time Baldassare was 44-years old he had excavated and planted more than 10 acres and he did it with simple tools, a pick and shovel.

Baldassare was an artist and engineer with no formal training. His underground home had all the luxuries you would expect in a modern home. The amenities included a kitchen dining room, skylights, a garage for guests and a vintage aquarium with an underground glass viewing area.

Baldassare was a visionary and he had grand plans to open the underground space up to the public as a place to cool off in the summer.

"He would say the visions in my mind almost overwhelm me and he would keep going," Sipolla said.

Unfortunately, Baldassare died at the age of 67 from pneumonia after a surgery. He never had the chance to officially open his underground garden to the public, but thankfully his family did and today you can take a guided tour.

"Maybe not the original dream, but he was able to start a new one," Sipolla said.

WATCH MORE: How one lady attracts hundreds of hummingbirds to her California home | Bartell's Backroads