The Wakamatsu Farm is now an important pilgrimage site because of the efforts made by early Japanese pioneers. 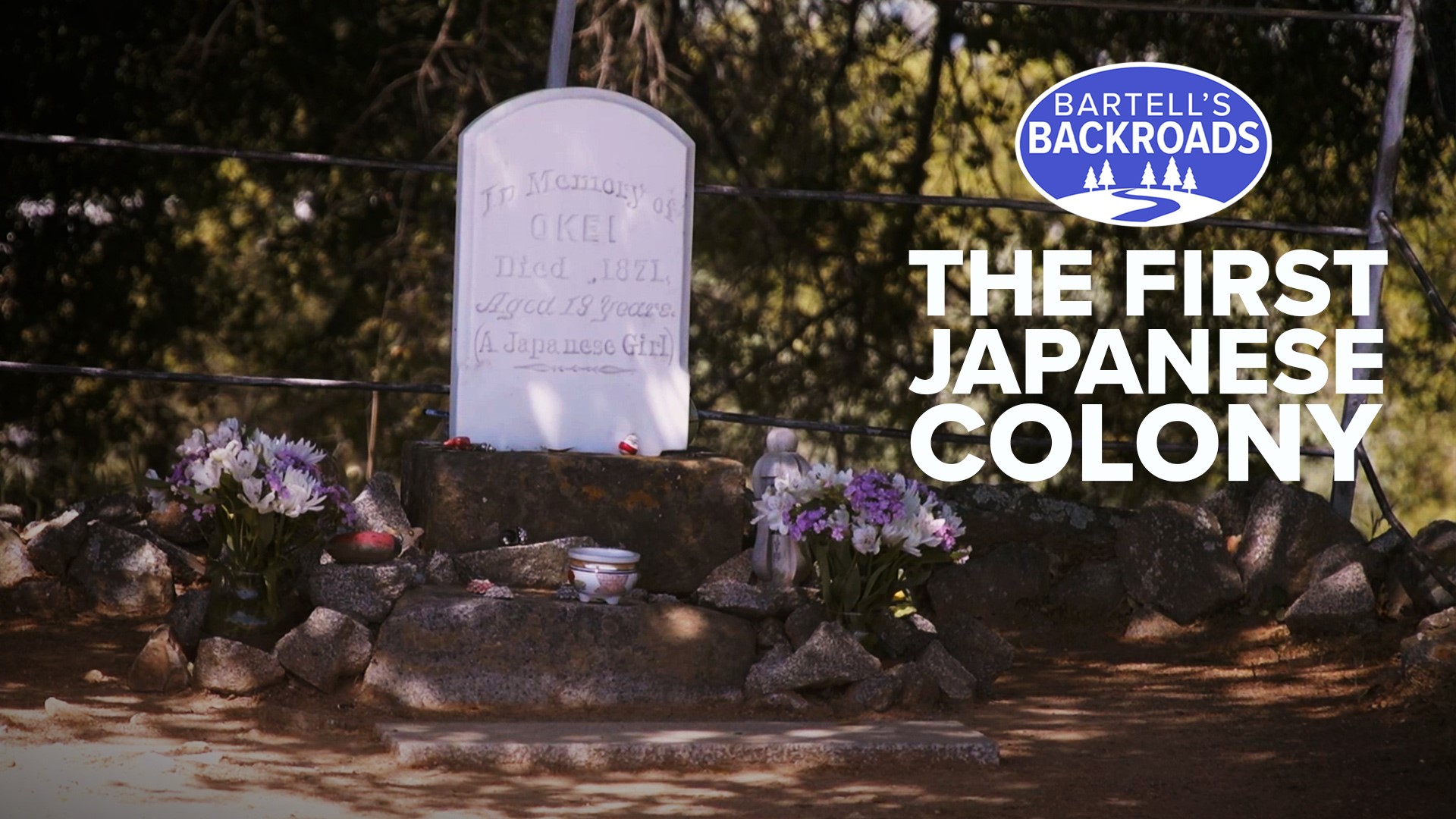 The marble headstone sits two miles from the infamous gold discovery site in Coloma. The person who lies here was not a gold miner, military member or entrepreneur, but rather a refugee. The first of their culture to travel to California. Her name was Okei-san and she arrived in the summer of 1869.

She was one of about 20 people to work at the Wakamatsu Silk and Tea Farm, California’s first all-Japanese colony.

The story of the Wakamatsu colonists starts at the end of Japan's Boshin War. Historian Herb Tanimoto said to escape danger, Prussian arms dealer John Henry Schnell fled to California. With him, he took his family, his nanny Okei-san and several Samurai from Aizu-Wakamatsu to act as laborers on the farm he was about to start.

“Because they were refugees, they wanted to get a new start, and for John Henry Schnell this was also a business venture,” Tanimoto said.

After acquiring land outside the boomtown of Coloma, Schnell and the Samurai brought several thousand seeds for tea leaves and Mulberry trees, which were used to feed silkworms.

“They had great hopes but then it was a drought year,” Tanimoto said.

Farming did not go well. Schnell eventually sold the land to his neighbors, the Veerkamp family, and went back to Japan without the colonists.

“Pretty much one by one they left this area," Tanimoto said.

“We think she probably got a disease like malaria,” Tanimoto said.

Okei-san was single when she died in 1871, but her friend Sakurai made sure she was remembered.

“He saved up for 15 years to buy her a permanent marble marker," Tanimoto said.

Had it not been for the marble marker, proof of her existence may have been lost. Sometime around the 1920s, journalists and historical investigators came looking for evidence of the Wakamatsu colony and the Veerkamp’s son showed them the Okei-san’s grave.

“Japanese Americans look at her as the pioneer that started Japanese immigration," Tanimoto said.

Okie-san and the colony’s story has sparked numerous pilgrimages and on the 150th anniversary of the colony, a special ceremony was held with Japanese dignitaries in attendance.

Today, the Wakamatsu Farm is managed by the American River Conservancy with the goal of keeping this place open to the public for everyone to experience.

“Each of us have to realize we are immigrants to this country, and I think that is part of why people come here to reaffirm their own immigration story of their own lives,” Tanimoto said.