Pea soup and mission hotel rooms. This I-5 town will make you want to exit the interstate. 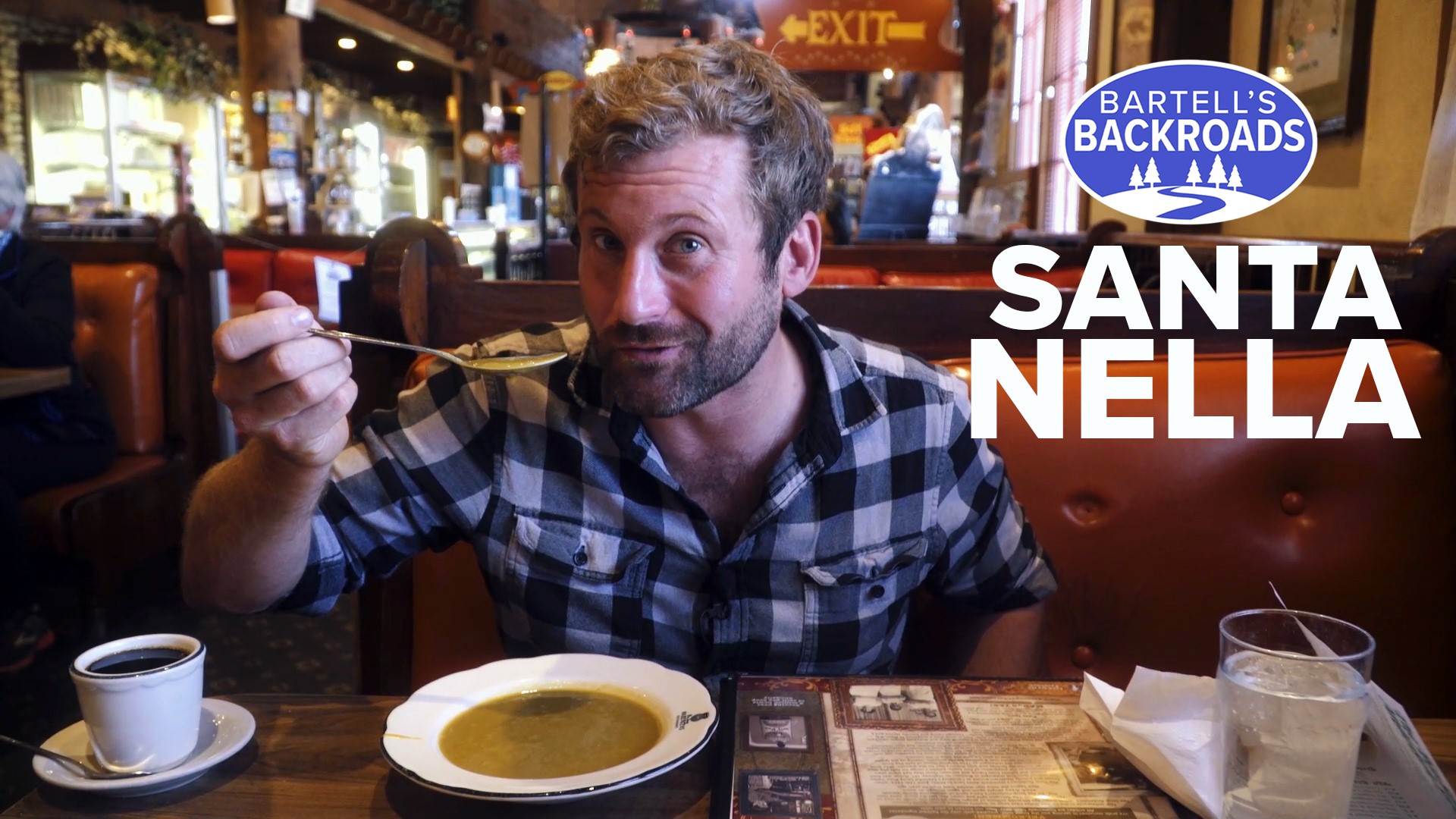 SANTA NELLA, Calif. — Few places along Interstate 5 offer the overwhelming roadside accommodations that can be found in the small town of Santa Nella.

This place is a rest stop mecca and it always has been. The Spanish stopped here while traveling to different missions and stagecoaches passed through during the gold rush.

Today, truck stops, restaurants, gas stations and hotels in Santa Nella all compete for the attention of weary travelers who just made their way through miles of farmland and hot mountains.

One restaurant that gets a lot of attention is Pea Soup Andersen’s, “The Original Home of Split Pea Soup,” where they say they serve up more than two million bowls every year!

The famous soup was first served on June 13,1924 using a recipe made by Danish immigrants Anton and Juliette Andersen. That was in the couple’s first location, in Buellton, and it was called “Anderson’s Electric Café” because they were one of the first restaurants to cook on electric stoves.

Credit: abc10
Santa Nella is home to Pea Soup Andersen's is a popular restaurant off I-5.

Today, Pea Soup Andersen’s has two locations: one in Buellton, the other in Santa Nella and the soup is still cooked using electric stoves. The restaurants go through 10,000 pounds of peas per month. Oh, and the guys splitting all those peas are the mascots Hap-Pea and Pea-Wee. The giant windmill is a throwback the Andersen’s hometown in Denmark.

If you’re tired after a hot bowl of pea soup, you can rest at Santa Nella’s other historic attraction, Hotel Mission de Oro. The nine-story bell tower was designed by Jesus Monroy in 1974.

Monroy was inspired by King's Highway missions founded by Father Junipero Serra from 1769.

“So, his dream was to build 27 missions up and down the highway from Alaska to Argentina,” Hotel Mission De Oro spokesperson Shannon Cook said.

Unfortunately, this was the only replica mission he built. Jesus died in 2017, but now the newly renovated restaurant and hotel feeds hundreds of travelers and attract some notable guests.

“We had Miss California stay with us,” Cook said.

MacKenzie Freed, or Miss California 2018, got to tour the mission's many art galleries that are open to the public. The Wine Museum of California is a must-see with artifacts that date back to early 1800s, and a visit wouldn’t be complete without seeing the hotel’s replica Michelangelo Pietà.

“It’s special stone. It was the same stone used by Michelangelo in the same quarry site,” Cook said.

Restaurants and hotels are not the only things attracting tourists to Santa Nella. The nearby San Louis Reservoir is great for boating and fishing and while you are here, pay your respects at the San Joaquin Valley National Cemetery. It's not far from the same exit you take to gas up.