Boonville and the secret language of Boontling | Bartell's Backroads

While not many people know the language anymore, the secret language of Boontling is unique to the town of Boonville. 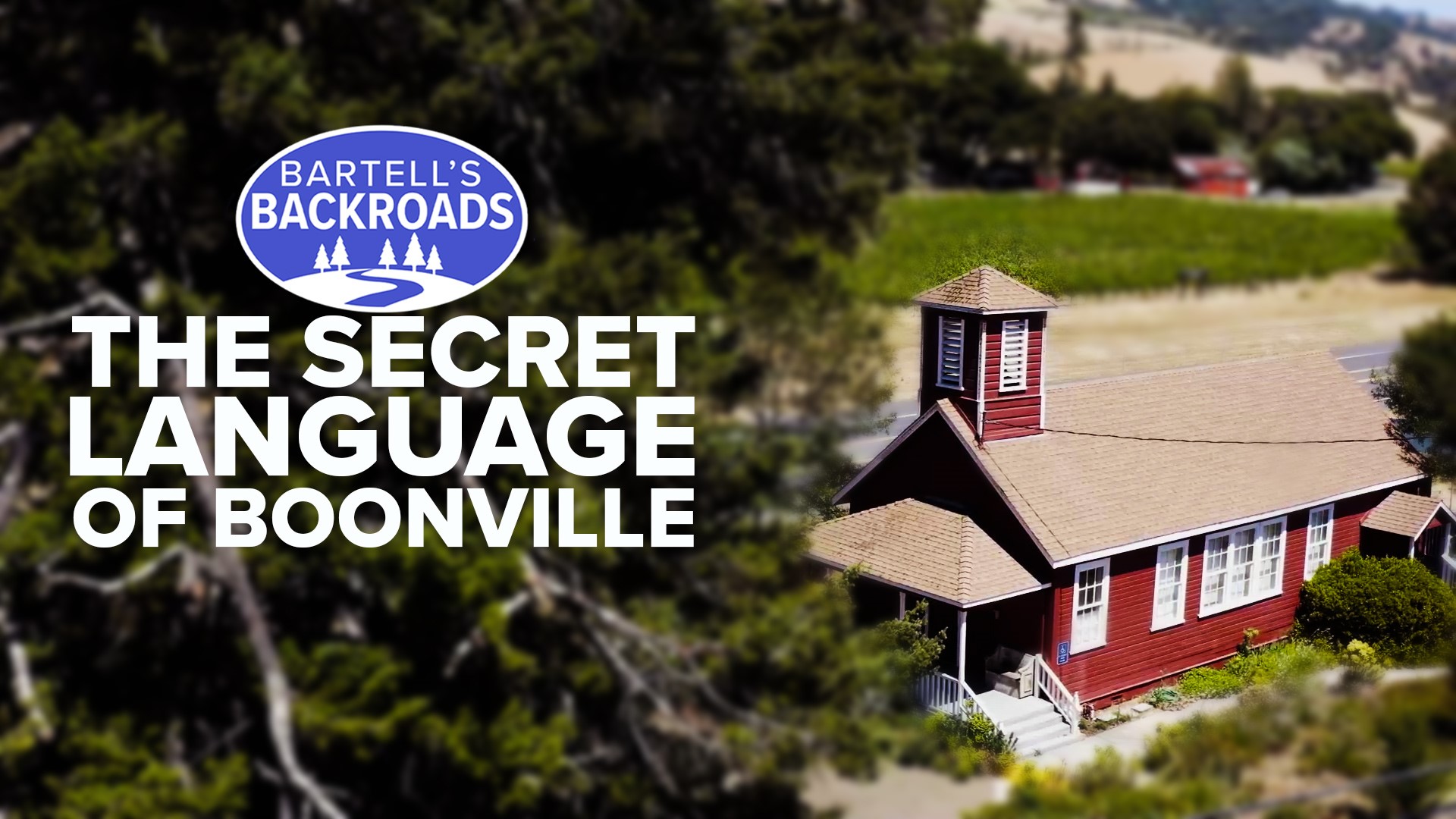 BOONVILLE, Calif. — The further you drive up Highway 128 through the Anderson Valley the more remote and isolated it gets.

Take the little town of Boonville, for instance. It’s so isolated here that they speak their own language. It’s called Boontling and just a hand full of people can speak it fluently.

Wes Smoot and Rod DeWitt are among the few “Booners,” as they are called, that can still hold a conversation in Boontling, or as they would say, “harp on each other.”

So, when a “bright lighter” or city folk visit Boonville, they love to open up the Anderson Valley Museum and explain the origin of their babble.

“The Scots, Irish and Appalachian people that came out with the Anderson Party had a propensity for coming up with lingos,” DeWitt said.

Boonville’s past is as odd as its language. The town was named after W.W. Boone, the second cousin to Daniel Boone, and the first to settle in the town in the 1850s that consisted of a melting pot of sheep herders and apple farmers.

“You've got to remember everyone out here was very isolated, so it would be natural for them to create their own language, you know,” DeWitt said.

Some think the language was created so locals could secretly gossip about out of towners. Others think Boontling was slang based on a bastardization of everyday local events. Wes Smoot describes the language like the sounds of different things people would hear.

If you are still confused by the language, you’re not alone. When CBS travel host Charles Kuralt first discovered Boonville in the 1970s, he was perplexed by the Boontling word for doctor until local resident Jack June explained it to him.

“A doctor is a shovel tooth because there was a doctor with protruding teeth,” June told Kuralt .

Following Kuralt’s interview, Johnny Carson invited another Boontlinger on his show and got a lot of laughs when he explained that “burlaping” is what happened when a customer walked in on a promiscuous feed store owner.

“Well he had one of the local girls on that stack of sacs doing what they do. They were back their burlaping,” Smoot said.

These days not too many locals know what “shovel tooth” or “burlaping” means. Locals no longer herd sheep or grow apples and the local elementary stopped teaching Boontling years ago.

“It’s hard to find anyone to talk to anymore,” Smoot said.

Boontling may be a dying language, but it’s not dead. Much of the Boontling history is saved in the Anderson Valley Museum and there is even a dictionary of the language for future Booners to learn.

“Just like riding a bicycle," Smoot said. "Once you learn Boontling, you never forget.”