Whether you want to see the redwood forests of California or are a cycling enthusiast looking for a new adventure, you may want to check out this unique biking trip. 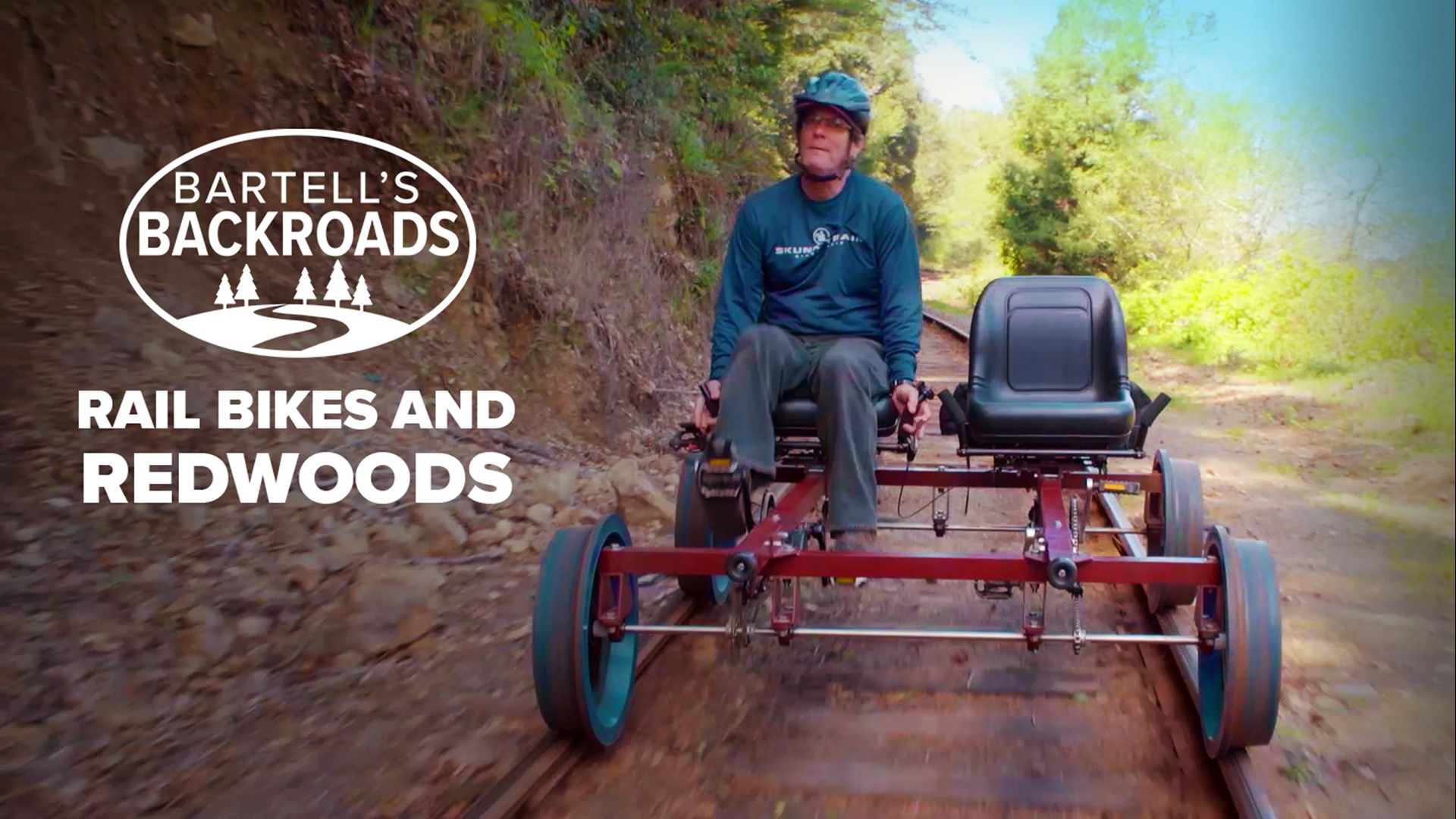 FORT BRAGG, Calif. — Hiding under a towering redwood forest on Northern California's Mendocino Coastline is a bike ride like no other.

This ride is not on a path or trail. It’s on the historic California Western Railroad track in Fort Bragg and the only way to ride the track is on a rail bike. The pedal powered locomotives are operated by the World Famous Skunk Train.

"It's a former logging train. It began passenger operation in the early 1900's," Rick Hinman, Skunk Train tour guide, said. "It got the name skunk train because of the stinky exhaust it made."

You can still take a ride on the Skunk Train today, but if you want to enjoy the redwoods without the loud noise and smell of the locomotive, you can take a guided tour on the rail bikes.

The bikes have four special plastic wheels that ride on the track. Each bike carries two people and has two sets of peddles. All the rail bikes have electric motors that assist you while you peddle, allowing you to cruise through the redwood forest and take in the scenery.

"They are mostly off the shelf parts," Hinman said. "The wheels are obviously specialized."

The tracks follow the Noyo River estuary, a pristine redwood forest that has survived a century of logging. Today, there is little evidence of any destruction brought on by man. The ride continues over two different trestle bridges and eventually leads you to Glen Blair Junction, where the track ends abruptly at a closed off tunnel.

"This railroad was finished in 1911, it ran 40 miles and this train line went to Willits and what's behind me is tunnel number 1, which was taken out by a huge land slide," says Hinman.

The rail bike ride is just a seven-mile roundtrip. Thankfully, Hinman turns the rail bikes around on the way back so you can have a second chance at taking pictures you may have missed.