Every day on Highway 37, just west of Vallejo, thousands of people drive by an old outhouse in the middle of a marsh. This is the strange story of how it got there. 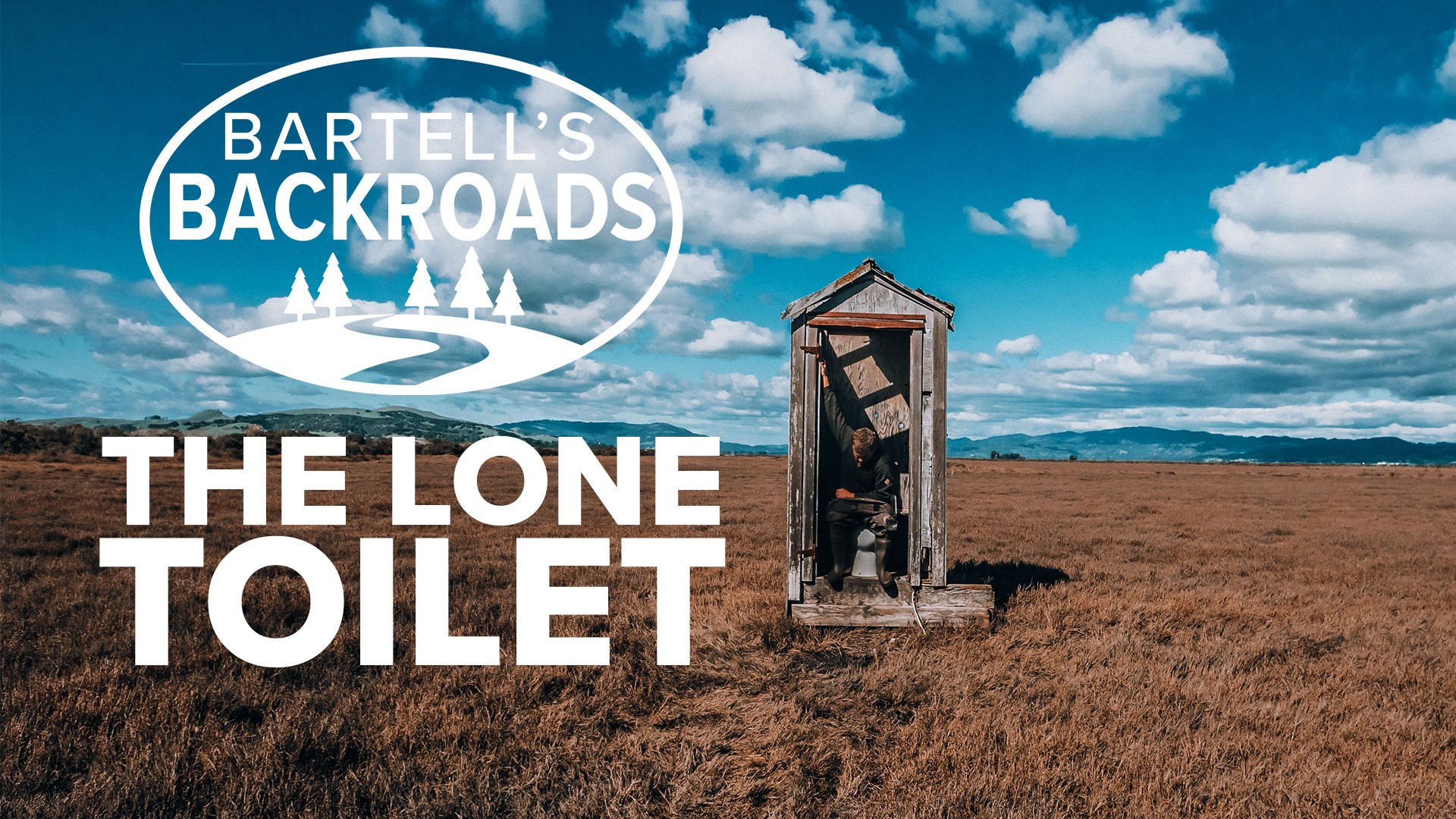 SEARS POINT, Calif. — There's a roadside oddity just outside of Vallejo. You can see it off the Highway 37 bridge near Sonoma Creek. It’s an old outhouse in the middle of a muddy marsh. Google maps calls it the "Lone Toilet."

You can't drive to the outhouse. The only way to get close is to raft across deep water and walk through tall grass.

The Lone Toilet is a mystery for many who drive this stretch of highway, but if you ask Wally Lourdeaux, he knows the toilet well. "Yes. My grandfather built this in the late 1920s," says Lourdeaux. "He had two holes in the toilet so people could come in and visit with him and contemplate about the world."

Credit: Pedro Garcia/KXTV
The Lone Toilet is visible from Highway 37 and is passed by thousands of cars every day.

Lourdeaux's grandpa was kind of a strange dude, but so were the people who visited his grandfather's toilet. "The outhouse is all that is left of a little town," says Lourdeaux.

The town was Tubbs Island and many of the neighbors would use the Lone Toilet. In fact, Lourdeaux is writing a book about a very interesting neighbor who used the toilet. "Richard Fresh Air Dick Janson," says Lourdeaux. "He was the first Bohemian artist of Sonoma."

Dick was a Russian orphan who found himself traveling the world on a sailboat. He worked as a carpenter until the ripe age of 26, when his boat docked in San Francisco Bay. He became a legend along Sonoma Creek for his eclectic lifestyle.

"He got the name 'Fresh Air Dick' because when he was sailing he always slept on the deck of the boat," says Lourdeaux.

Dick made pretty good money selling wood decoys to hunters and he did it from the comfort of his wooden ark. Many of his decoys became collectors items and people loved to watch him make his art. "He would chop the decoys to the music of an old wind-up record player."

Fresh Air Dick's wooden ark and the town of Tubbs Island are now under several feet of mud and water, but Lourdeax is trying to preserve the decoys. He even paid to have the Highway 37 bridge named after Fresh Air Dick.